Hydrogen gas formula is one of the simplest formulas found in chemistry. Hydrogen is basically the first element in the periodic table. It is described as a tasteless, colourless, odourless, nonmetallic, and highly flammable gas. It is also the lightest chemical element and found in abundance in stars. Around the 16th century, hydrogen gas was first artificially manufactured using the reaction between acids and metals. In the year 1766–81, an English scientist named Henry Cavendish was the first to determine that hydrogen gas was indeed a distinct or separate substance.

Below is the diagrammatic representation of hydrogen gas structural formula. 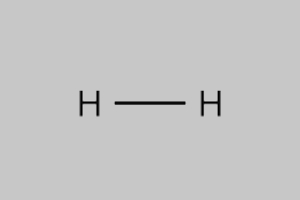