This exercise deals with problems based on important theorems and results of circles. Students having any doubts regarding solving problems of ICSE Class 10 Mathematics can refer to the Selina Solutions for Class 10 Math. It contains solutions, which are as per the latest ICSE examination patterns. Further, the solutions of this exercise are available in the Concise Selina Solutions for Class 10 Maths Chapter 17 Circles Exercise 17(B) PDF, link given below. 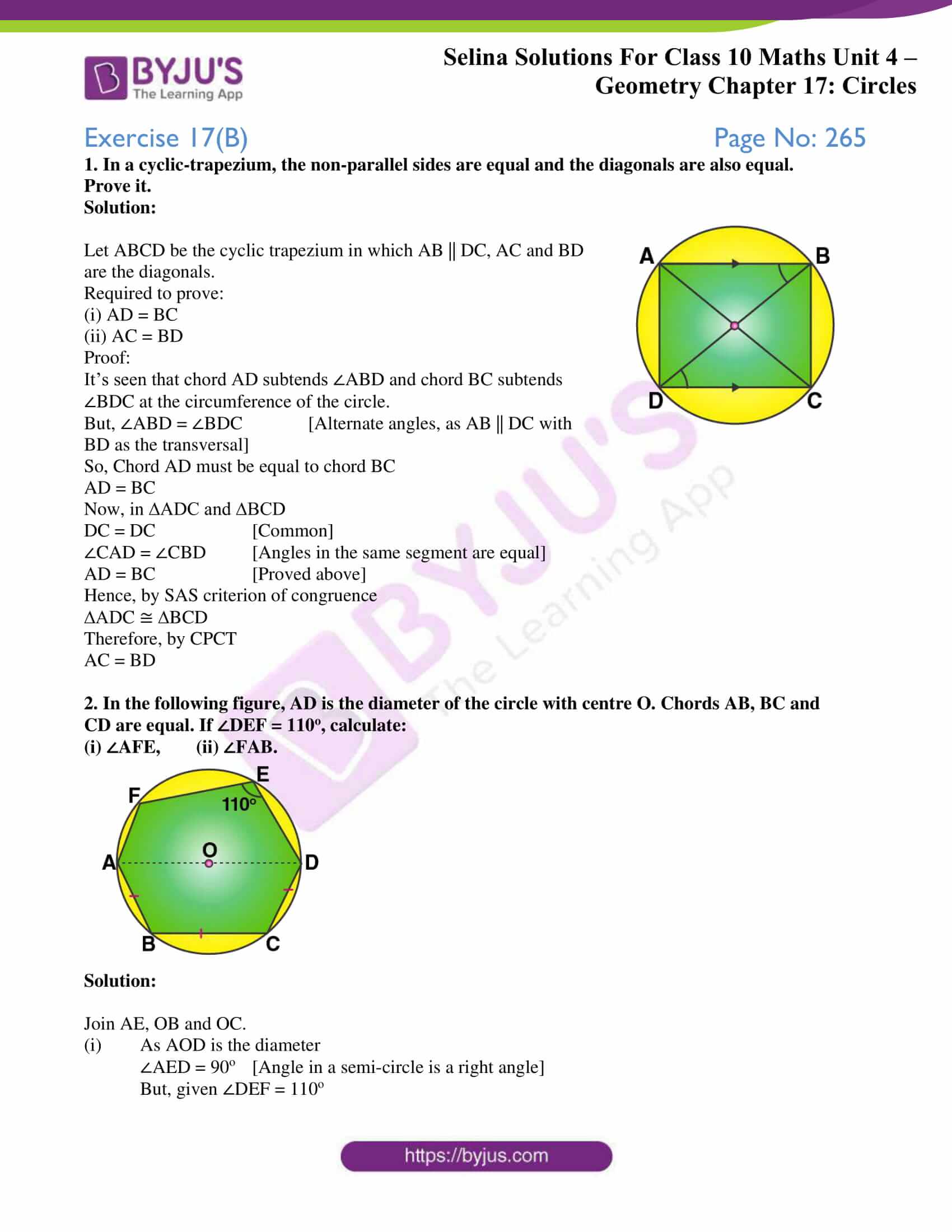 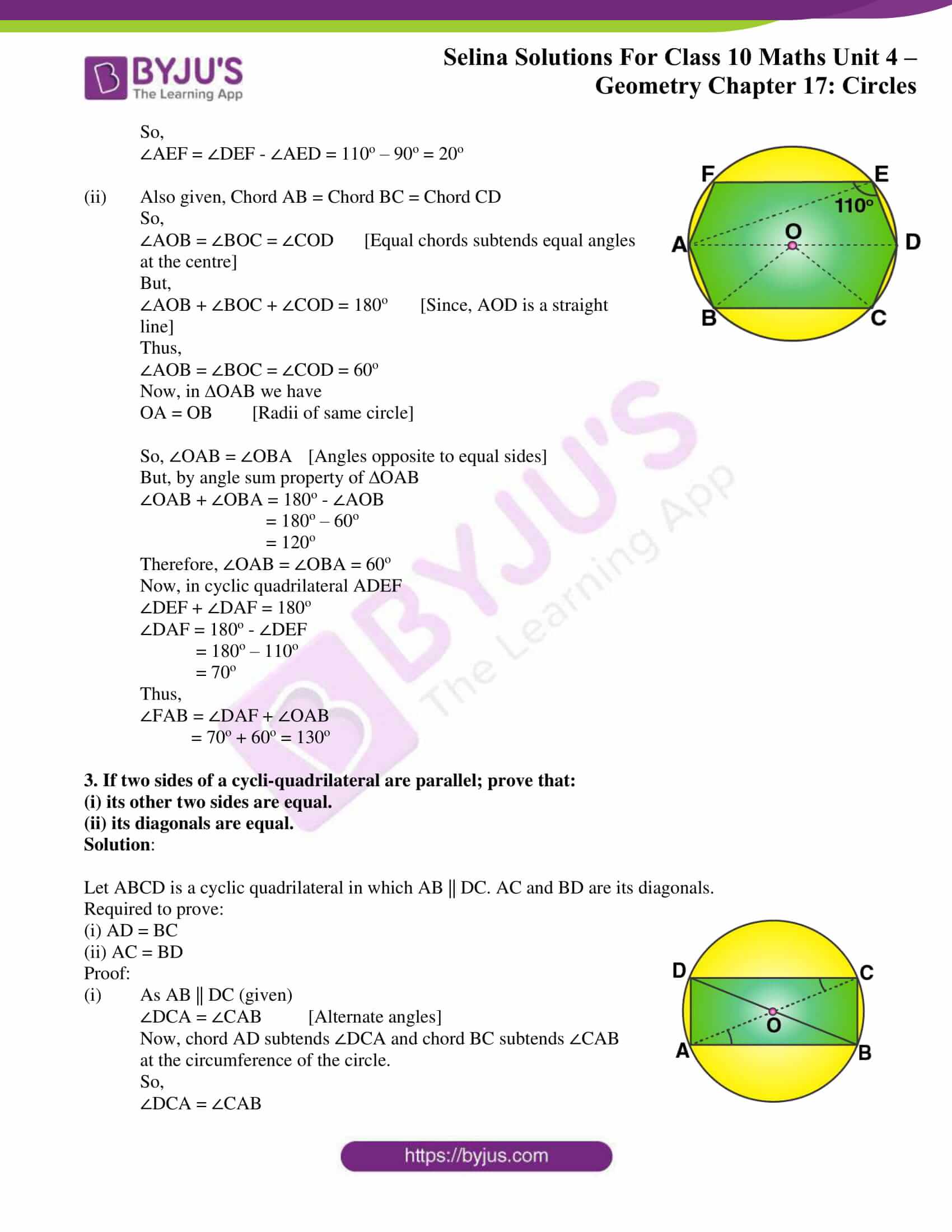 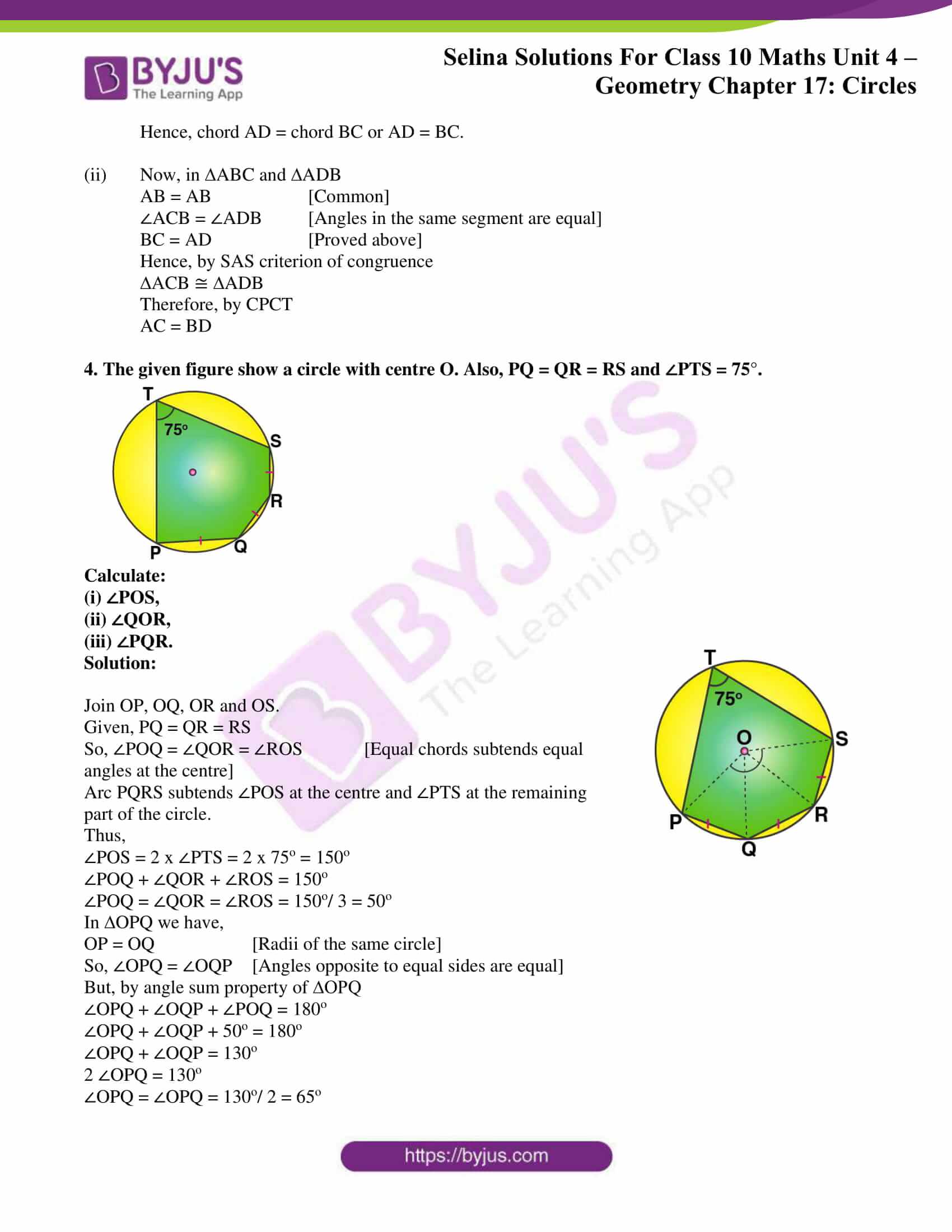 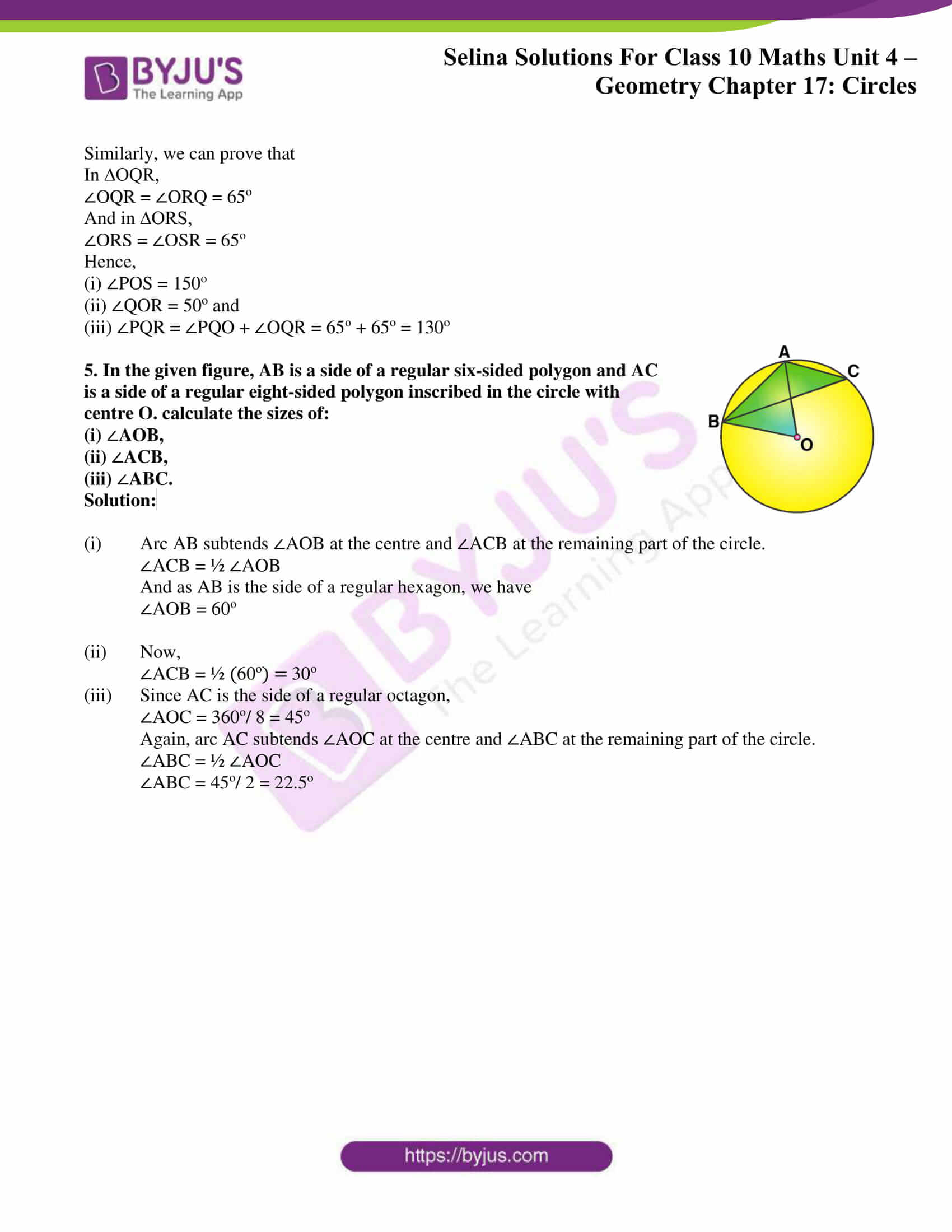 1. In a cyclic-trapezium, the non-parallel sides are equal and the diagonals are also equal. 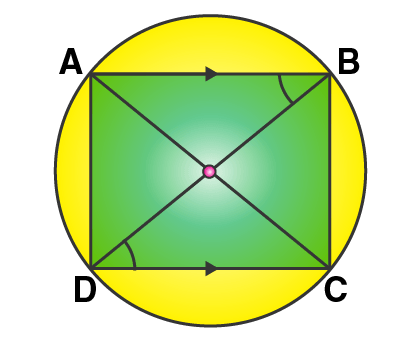 Let ABCD be the cyclic trapezium in which AB || DC, AC and BD are the diagonals.

It’s seen that chord AD subtends ∠ABD and chord BC subtends ∠BDC at the circumference of the circle.

But, ∠ABD = ∠BDC [Alternate angles, as AB || DC with BD as the transversal]

So, Chord AD must be equal to chord BC

Hence, by SAS criterion of congruence

2. In the following figure, AD is the diameter of the circle with centre O. Chords AB, BC and CD are equal. If ∠DEF = 110o, calculate: 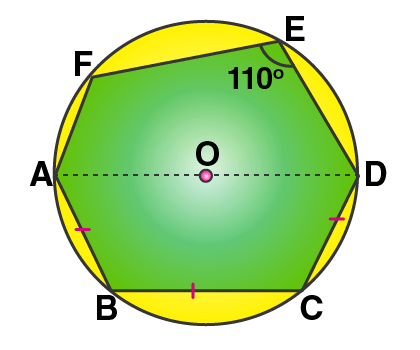 (i) As AOD is the diameter 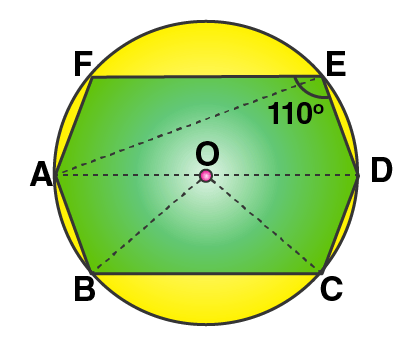 Now, in ∆OAB we have

But, by angle sum property of ∆OAB

3. If two sides of a cycli-quadrilateral are parallel; prove that:

(i) its other two sides are equal.

(ii) its diagonals are equal.

Let ABCD is a cyclic quadrilateral in which AB || DC. AC and BD are its diagonals. 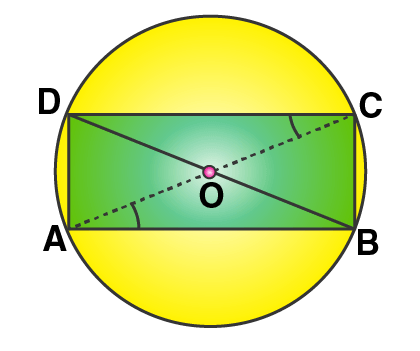 Now, chord AD subtends ∠DCA and chord BC subtends ∠CAB at the circumference of the circle.

Hence, by SAS criterion of congruence 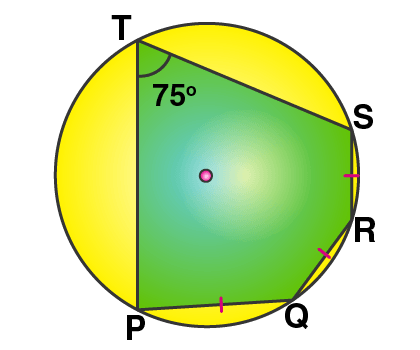 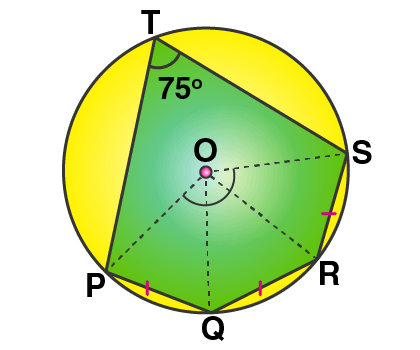 Arc PQRS subtends ∠POS at the centre and ∠PTS at the remaining part of the circle.

So, ∠OPQ = ∠OQP [Angles opposite to equal sides are equal]

But, by angle sum property of ∆OPQ

Similarly, we can prove that 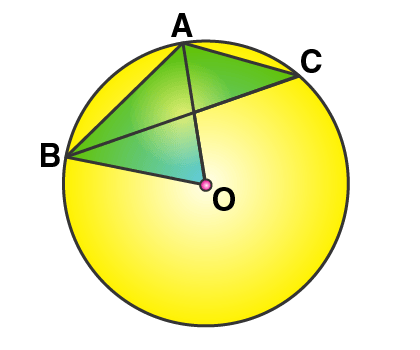 (i) Arc AB subtends ∠AOB at the centre and ∠ACB at the remaining part of the circle.

And as AB is the side of a regular hexagon, we have

(iii) Since AC is the side of a regular octagon,

Again, arc AC subtends ∠AOC at the centre and ∠ABC at the remaining part of the circle.