Let us determine the value of the centre of mass (centre of gravity) of a hollow cylinder.

Let us consider a hollow cone of height H. A circular ring of thickness dx is considered at a height y from the base of the cone. The radius of the ring is taken as x sinθ.

Mass of the circular ring of thickness dx is,

Solving the above equation we get C = H/3

Where H is the height of the cone.

Centre of Mass and Collision Centre of mass of a uniform solid cone 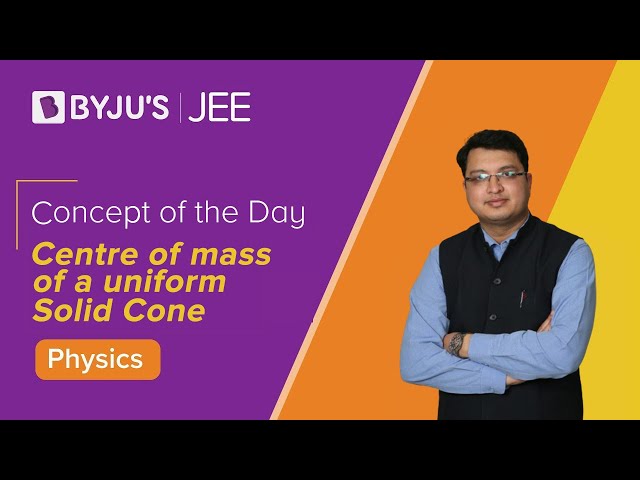 Frequently Asked Questions on Centre of Mass of Hollow Cone

Where does the centre of mass of a hollow cone lie?

What is the centre of mass?

The centre of mass is the point where the object’s entire mass is concentrated.