The restrictions on the motion, position or both motion and position of an object are called the constraints. The elements of the machine will form a pair if they are in contact with each other. The pair is called a kinematic pair if the motion between the pair is completely or partially constrained.

What is a Constrained Motion?

There are three types of constrained motion: 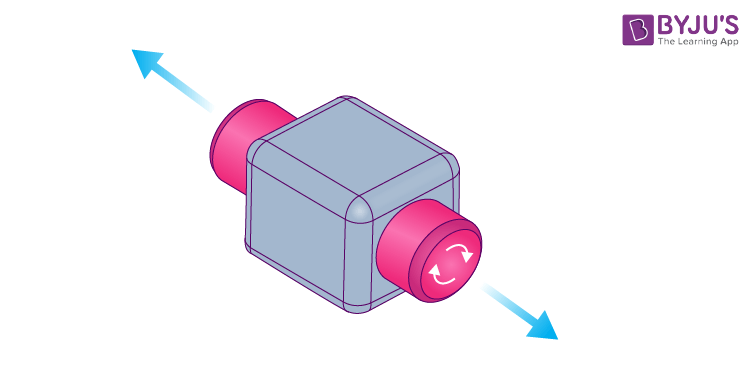 1. In the system shown in the figure below, if block A is pulled towards the right at a constant speed of 1 m/s, find the speed of block B w.r.t the ground.

Since there is no external force applied, the work done will be zero.

2. In the arrangement shown below, neglect the mass of the ropes and pulley. What must be the value of ‘m’ to keep the system in equilibrium? (There is no friction).

3) Consider a system of three equal masses and 4 pulleys arranged as shown in the figure below. The mass of each block is taken as m. Find the acceleration of B and C and the tension of the string.

Downward motion equation of block A

Downward motion equation of block B

4) Two masses, m1 =1 kg and m2 = 2 kg, are connected by a light inextensible string and suspended by means of a weightless pulley as shown in the figure below. Assuming that both the masses start from rest, what is the distance travelled by the centre of mass in 2 s? (take, g = 10 m/s2).

The acceleration of the system is 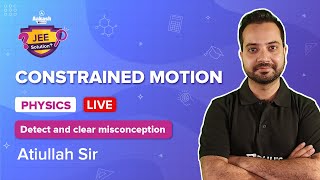 What is constrained motion?

When an object is forced to move in a restricted manner, it is called constrained motion.

Mention the types of constrained motion.

Incompletely constrained motion occurs when a pair of objects can move in more than one direction.