Cyanide process which is also known as the Macarthur-forest process is widely used in extracting gold or silver from the ores by dissolving them in a dilute solution of potassium cyanide or sodium cyanide. This process was introduced in the year 1887 by Scottish chemists named Robert W. Forrest, John S. MacArthur, and William Forrest. 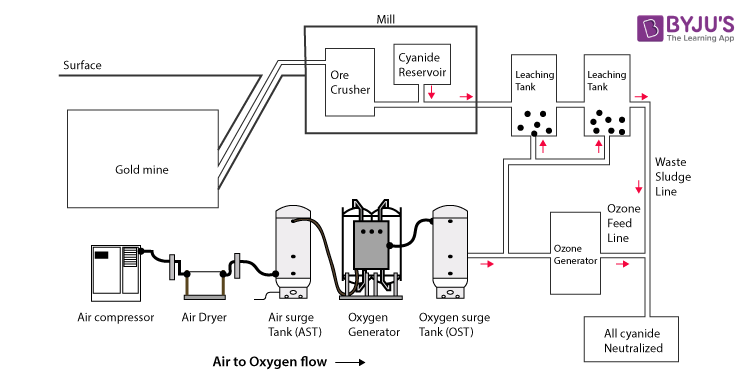 Gold is usually found in low concentration in the form of ore which is mined. Gold should be separated from other minerals present in the ore. As gold is insoluble, it should be separated from other minerals to make it soluble. Hence, sodium cyanide can be added, where cyanide ions form a complex ion with the molecules of gold.

The cyanide process is as explained below-

The cyanide remaining in the tailings. i.e. the slurry obtained after the process of gold leaching needs to be recycled or destroyed in some way.