Eccentric Angle and Auxiliary Circle of an Ellipse

4] Principal axis is defined as the major and minor axis of the ellipse taken together.

6] Focal chord is the chord that passes through the chord.

7] Double ordinate is the one that is perpendicular to the major axis.

8] Latus rectum is the focal chord that is seen perpendicular to the major axis.

Eccentric Angle and Auxiliary Circle of an Ellipse The coordinates of the endpoints of the latus rectum are (ae, ± b2 / a).

Example 2: Eccentric angle of a point on the ellipse x2 + 3y2 = 6 at a distance 2 units from the centre of the ellipse is

The locus of the point of intersection of two perpendicular tangents drawn on the ellipse is x2 + y2 = a2 + b2, which is called the director of the circle.

Eccentric Angle and Auxiliary Circle of an Ellipse – Video Lesson 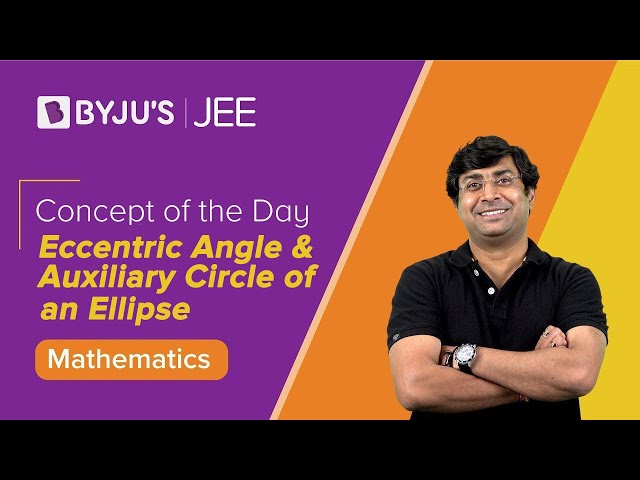