What is a Free Radical Reaction?

What is the general mechanism for free radical reactions?

JEE syllabus involves wide range of free radical reactions. One of these reactions is anti-Markovnikov addition. A general chemical reaction and its mechanism are underlined below: 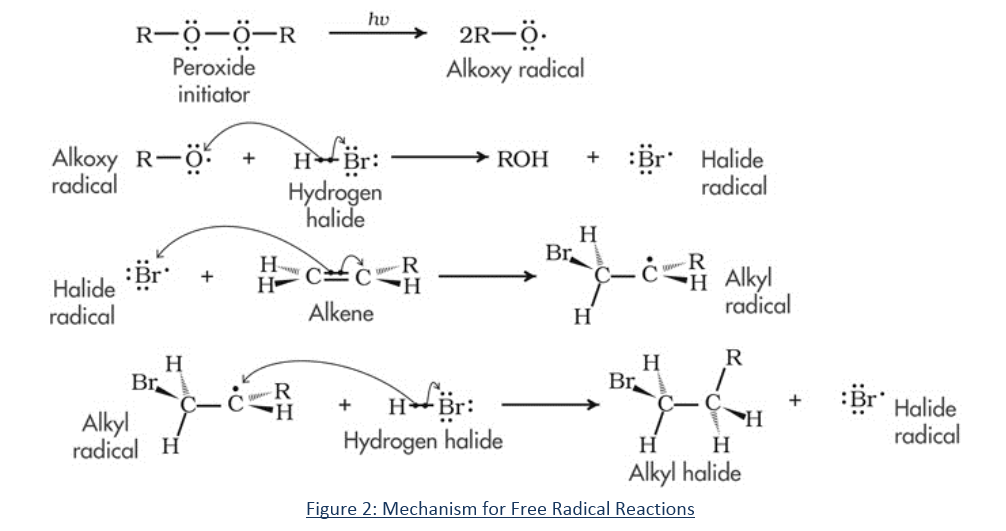 Which reference books can one follow for free radical reactions?

While covering general organic chemistry for JEE, one must go through the NCERT class 11th and class 12th chemistry textbook part-2. A brisk walk through this book not only gives you a sound idea of the various topics you need to cover according to the JEE syllabus but also develops the fundamentals regarding the chapter. Apart from this, you can follow a reference book to understand the mechanism of the reactions not given in the NCERT textbook. Some authentic books for understanding the mechanism of organic reactions include Organic Chemistry by Solomons & Fryhle and Organic Chemistry by Morrison & Boyd.

For further details related to free radical reactions for JEE chemistry, get in touch with our mentors here at Byju’s.