Inorganic Chemistry JEE Notes available here will help JEE aspirants to not only be thorough with the important concepts but also have a quick look at all the topics discussed in this unit before the final exams. As students study the Inorganic Chemistry JEE notes that have been prepared by our subject matter experts they will be able to come up with the right thoughts or remember the key steps to answer the questions and solve different problems. In essence, the notes will enable students to study productively for the exam.

With the notes given here, aspirants will also gain a thorough knowledge of the topics and this will ultimately help them perform better. Additionally, the Inorganic Chemistry JEE notes have been prepared in a precise manner so that students can have a quick revision of the concepts and use the remaining time in developing other exam-taking skills.

Inorganic Chemistry is a branch of Chemistry that mainly deals with the synthesis and behaviour of organometallic and inorganic compounds. This field covers chemical compounds that are not carbon-based, which are the subjects of organic chemistry.

Inorganic chemistry finds its high number of applications in various fields such as Biology, chemical, engineering, etc. It is applied in the field of medicine and also in healthcare facilities.

The most common application is the use of common salt or the compound Sodium hydroxide in our daily lives. Baking soda is used in the preparation of cakes and other foodstuffs. Many inorganic compounds are utilized in ceramic industries. In the electrical field, it is applied to the electric circuits as silicon in the computers, etc.

The organic compounds that are classified under Inorganic chemistry are:

Acids are those compounds that dissolve in water and generate hydrogen ions or H+ Ions. Examples of acids include Hydrochloric acid, citric acid, sulphuric acid, vinegar, etc. One example of the acidic reaction is shown below;

As you might be familiar with the word ‘Salt’. The substances obtained as a result of the reaction between an acid and a base are called Salts. The table salt of sodium hydroxide is one of the typical examples of salts.

The compounds consisting of one oxygen atom called Oxides.

Coordination compounds found their applications long before the establishment of inorganic chemistry. A systematic investigation of structure and bonding in coordination chemistry began with the inquisitiveness of Tassaert which was extended by distinguished chemists like Wilhelm Blomstrand, Jorgensen and Alfred Werner until the end of the nineteenth century. In the events, Werner’s coordination theory became the basis of modern coordination chemistry.

The definitions of some important terms in the chemistry of coordination compounds can be found below.

A chemical compound in which the central ion or atom (or the coordination centre) is bound to a set number of atoms, molecules, or ions is called a coordination entity.

As discussed earlier, the atoms and ions to which a set number of atoms, molecules, or ions are bound are referred to as the central atoms and the central ions.

In coordination compounds, the central atoms or ions are typically Lewis Acids and can, therefore, act as electron-pair acceptors.

The atoms, molecules, or ions that are bound to the coordination centre or the central atom/ion are referred to as ligands.

These ligands can either be a simple ion or molecule (such as Cl– or NH3) or in the form of relatively large molecules, such as ethane-1,2-diamine (NH2-CH2-CH2-NH2).

This coordination sphere is usually accompanied by a counter ion (the ionizable groups that attach to charged coordination complexes).

The oxidation number of the central atom can be calculated by finding the charge associated with it when all the electron pairs that are donated by the ligands are removed from it.

The elements placed in group 13 to group 18 of the periodic table constitute the p-block. The properties of inorganic chemistry p block elements like that of other block elements are greatly influenced by their atomic size, ionization enthalpy, electron gain enthalpy and electronegativity.

The absence of d–orbitals in the second period and the presence of d- or f-orbitals in heavier elements has a significant effect on the properties of the elements and therefore, heavier p-block elements differ from their lighter congeners.

Elements whose f orbital getting filled up by electrons are called f block elements. These elements have electrons, (1 to 14) in the f orbital, (0 to 1) in the d orbital of the penultimate energy level and in the outermost’s orbital. F block elements are divided into two series, namely lanthanoids and actinoids. This block of elements is often referred to as inner transition metals because they provide a transition in the 6th and 7th row of the periodic table which separates the s block and the d block elements.

Hydrolysis is a common form of a chemical reaction where water is mostly used to break down the chemical bonds that exist between a particular substance. Usually, in hydrolysis, the water molecules get attached to two parts of a molecule. One molecule of a substance will get an H+ ion and the other molecule receives the OH- group. The hydrolysis reaction is mainly used to break down polymers into monomers.

There are several types of hydrolysis. They are as follows;

Salts: This is the most common type of hydrolysis. Hydrolysis of salts generally refers to the reaction of salt with water where it involves the interaction between cations or anions of salts and water. During hydrolysis, salt breaks down to form ions, completely or partially depending upon the solubility factor.

Acid and Base: Acid–base-catalyzed hydrolysis can be found during the hydrolysis of esters or amides. Here, the process of hydrolysis occurs when water or hydroxyl ion reacts with the carbon of the carbonyl group of the ester or amide where new compounds are formed. The products of both hydrolyses are compounds with carboxylic acid groups.

ATP: Most biochemical reactions that occur in living organisms are in the form of ATP hydrolysis which takes place with the help of enzymes acting as catalysts. The catalytic action of enzymes allows the hydrolysis or breaking down of proteins, lipids, oils, fats and carbohydrates.

Organometallic Chemistry, an interdisciplinary science in Inorganic Chemistry, has grown at a phenomenal pace during the last three to four decades. On the academic plane, efforts to elucidate the nature of bonds in the ever-increasing list of exciting organometallic compounds have led to a clearer understanding of the nature and variety of chemical bonds.

Organometallic compounds are primarily used as homogeneous catalysis agents in industries. The topics covered in this book offer the readers new insights into the field of organometallic chemistry.

The most notable characteristics shared by the 24 elements concerned are that they are all metals and that most of them are hard, solid and lustrous, have high melting and boiling points and are good conductors of heat and electricity. The range in these properties is considerable; hence, the statements are comparable to the general properties of all the other elements. 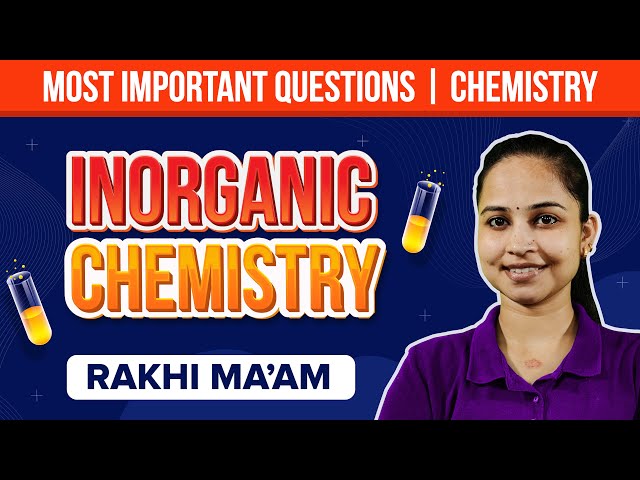 Types of Reactions and Examples

As it is in the name ‘Combination’, here two or more substances combine to form a product which is called a Combination reaction. For example:

It is a type of reaction where a single element splits up or decomposes into two products. For example:

A reaction where a single atom of one element replaces another atom of one more element. For example:

This type of reaction is also called ‘metathesis reactions’. Here two elements of two different compounds displace each other to form two new compounds. For example:

A polymer is a large molecule or a macromolecule which essentially is a combination of many subunits. The term polymer in Greek means ‘many parts’. Polymers can be found all around us. From the strand of our DNA which is a naturally occurring biopolymer to polypropylene which is used throughout the world as plastic.

Polymers may be naturally found in plants and animals (natural polymers) or maybe man-made (synthetic polymers). Different polymers have a number of unique physical and chemical properties due to which they find usage in everyday life.

A few examples of a hydrocarbon backbone polymer are polypropylene, polybutylene, polystyrene. Also, there are polymers which instead of carbon have other elements in their backbone. For example, Nylon, which contains nitrogen atoms in the repeated unit backbone.

Metallurgy is defined as a process that is used for the extraction of metals in their pure form. The compounds of metals mixed with soil, limestone, sand, and rocks are known as minerals. Metals are commercially extracted from minerals at low cost and minimum effort. These minerals are known as ores. A substance that is added to the charge in the furnace to remove the gangue (impurities) is known as flux. Metallurgy deals with the process of purification of metals and the formation of alloys.

The process of extracting metal ores buried deep underground is called Mining. The metal ores are found in the earth’s crust in varying abundance. The extraction of metals from ores is what allows us to use the minerals in the ground! The ores are very different from the finished metals that we see in buildings and bridges. Ores consist of the desired metal compound and the impurities and earthly substances called Gangue. The extraction of metals and its isolation occurs over a few major steps:

The metallurgical process can be classified as the following:

The periodic table is an arrangement of all the elements known to man in accordance with their increasing atomic number and recurring chemical properties. They are assorted in a tabular arrangement wherein a row is a period and a column is a group.

Elements are arranged from left to right and top to bottom in the order of their increasing atomic numbers. Thus,

The first 94 elements of the periodic table are naturally occurring, while the rest from 95 to 118 have only been synthesized in laboratories or nuclear reactors.

In the long-form periodic table, the elements are arranged in the order of their atomic numbers. An atomic number of an element is equal to the number of protons inside the nucleus of its atom.

The general features of the long-form periodic table are:

Hydrogen is atomic number one in the periodic table of the elements, which means it is the simplest and lightest element. Hydrogen is denoted by the symbol H. Hydrogen is nonmetallic, except at extremely high pressures, and readily forms a single covalent bond with most nonmetallic elements, forming compounds such as water and nearly all organic compounds. Hydrogen plays a particularly important role in acid-base reactions because these reactions usually involve the exchange of protons between soluble molecules.

A large number of substances (both toxic and non-toxic)  are being added to the environment by both natural events and human activities daily. These substances which are going continuously into the environment due to undesirable consequences of modern civilization, industrialization and excessive use of natural resources bring about undesirable changes in our environment and adversely affect the life process of both animals and plants.

Some important aspects of environmental chemistry cover the following topics: 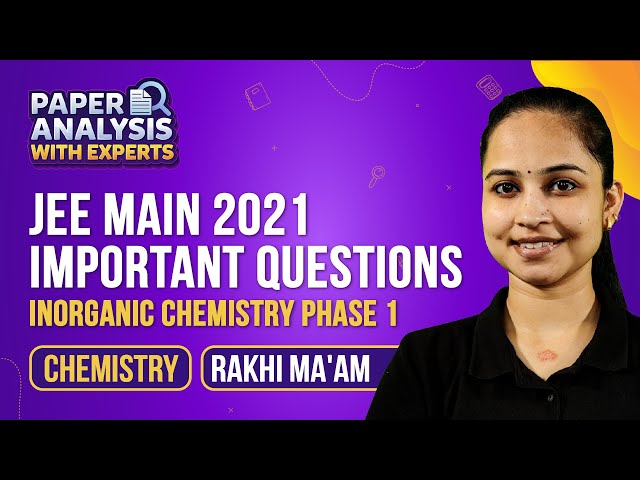 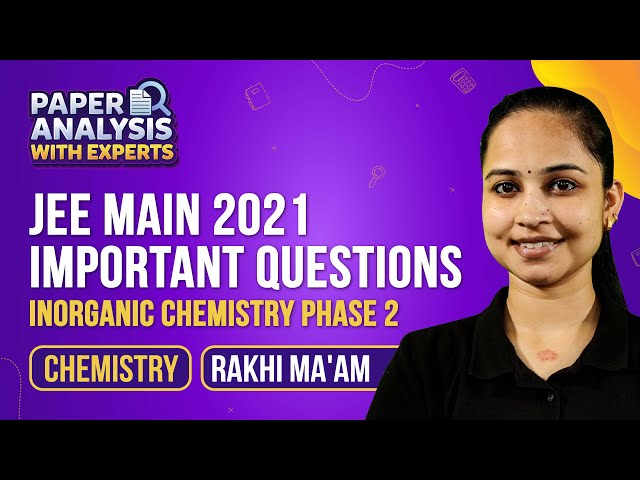 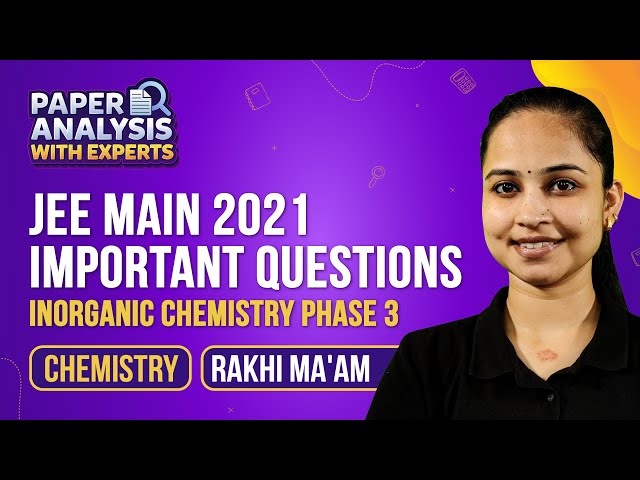 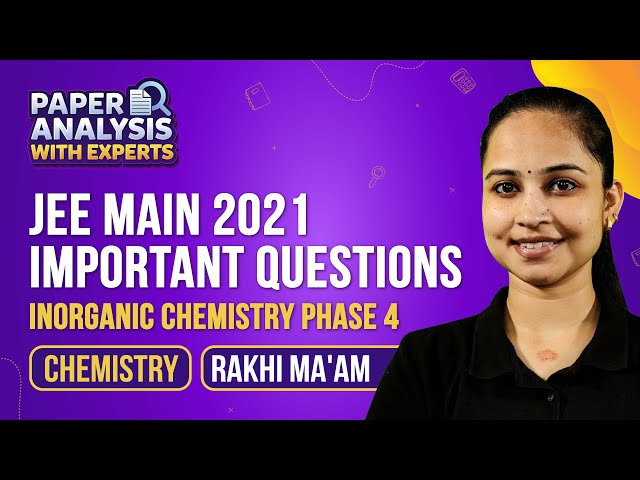