When a ball is rolled on a surface it comes to rest after a while due to frictional force. The resistance offered by the surface on the rolling ball is called friction. The direction of friction is opposite the direction of motion of the ball. There are different types of friction like Static Friction, Sliding Friction, Rolling Friction and Fluid Friction. The frictional force is affected by the angle and position of the object, weight of the object and much more.

All the important questions from the topic “Friction” from the previous years’ JEE question papers are listed out in this page. All the IIT JEE aspirants are advised to download the past year questions and start practising to score good marks in JEE.

Q1: During peddling of a bicycle, the force of friction exerted by the ground on the two wheels is such that it acts

(c) in the backward direction on both, the front and the rear wheels

(d) in the forward direction on both, the front and the rear wheels.

Q2: A block of mass 0.1 kg is held against a wall applying a horizontal force of 5N on the block. If the coefficient of friction between the block and the wall is 0.5, the magnitude of the frictional force acting on the block is 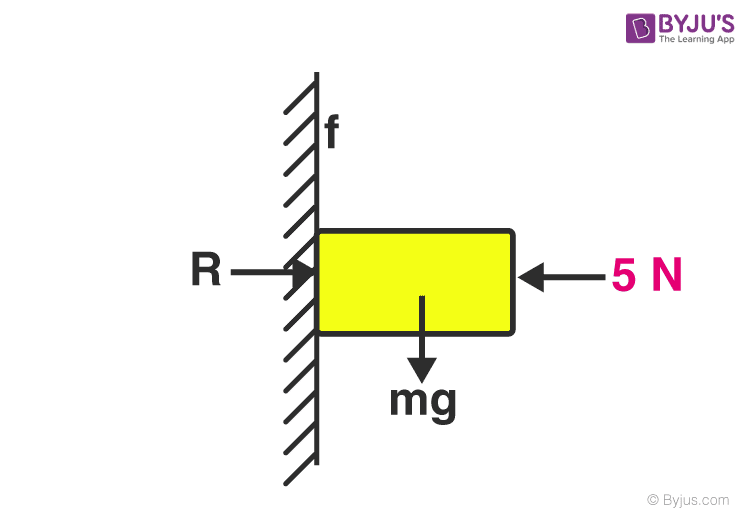 Consider the forces, acting on the block in the vertical direction

Q3: A horizontal force of 10 N is necessary to just hold a block stationary against a wall. The coefficient of friction between the block and the wall is 0.2. The weight of the block is-

Frictional force balances the weight of the body

Q4: A marble block of mass 2 kg lying on ice when given a velocity of 6 m/s is stopped by friction in 10s. Then the coefficient of friction is (consider g =10m/s)

Q5: A block P of mass m is placed on a horizontal frictionless plane. The second block of the same mass m is placed on it and is connected to a spring of spring constant k. The two blocks are pulled by a distance A. Block Q oscillates without slipping. What is the maximum value of the frictional force between the two bloc Block Q oscillates but does not slip on P. It means that acceleration is the same for Q and P both. There is a force of friction between the two blocks while the horizontal plane is frictionless. The spring is connected to the upper block. The (P – Q) system oscillates with angular frequency ω. The spring is stretched by A.

Q6: A block of mass m starts moving on a rough horizontal surface with a velocity v. It stops due to friction between the block and the surface after moving through a certain distance. The surface is now tilted to an angle of 30°with the horizontal and the same block is made to go up on the surface with the same initial velocity v. The decrease in mechanical energy in the second situation is smaller than that in the first situation.

Statement-2: The coefficient of friction between the block and the surface decreases with the increase in the angle of inclination.

Q7: A block rests on a rough inclined plane making an angle of 300 with the horizontal. The coefficient of static friction between the block and the plane is 0.8. If the frictional force on the block is 10 N, the mass of the block (in kg) is : (taken g =10 m/s2) 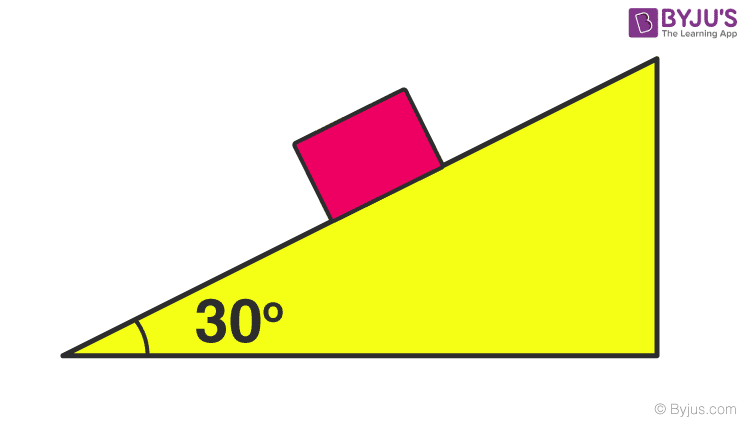 Q8. A smooth block is released at rest on a 450 incline and then slides a distance d. The time taken to slide is n times as much to slide on a rough incline than on a smooth incline. The coefficient of friction is-

On a smooth plane

On a rough surface

From the question, we know

For the upper half of the inclined plane

For the lower half of the inclined plane

From the above equations

We have to work against the sliding force due to gravity and frictional force to push upwards. Therefore, the force F1= mgsinθ + μmgcosθ.

Now, the force is

Q13: A block of mass m is placed on a surface with a vertical cross-section given by y =x3/ 6. If the coefficient of friction is 0.5, the maximum height above the ground at which the block can be placed without slipping is

For equilibrium under limiting friction

Q14: Given in the figure are two blocks A and B of weight 20 N and 100 N, respectively. These are being pressed against a wall by a force F as shown. If the coefficient of friction between the blocks is 0.1 and between block B and the wall is 0.15, the frictional force applied by the wall on block B is 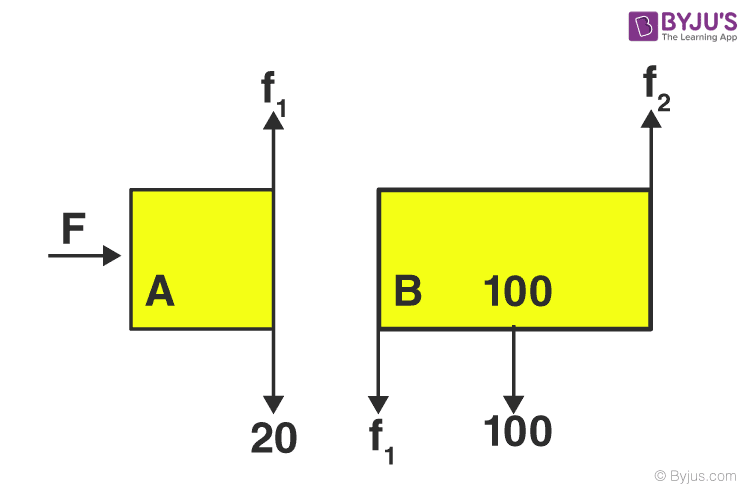 For equilibrium of A

For equilibrium of B

Q15: Two masses m1= 5 kg and m2= 10 kg, connected by an inextensible string over a frictionless pulley, are moving as shown in the figure. The coefficient of friction of the horizontal surface is 0.15. The minimum weight m that should be put on top of m2 to stop the motion is 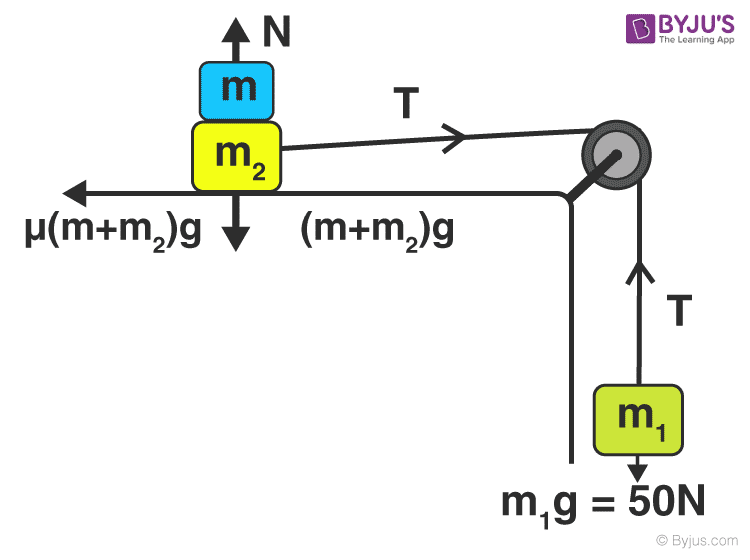 So the minimum weight required from the options given is 27.3 kg