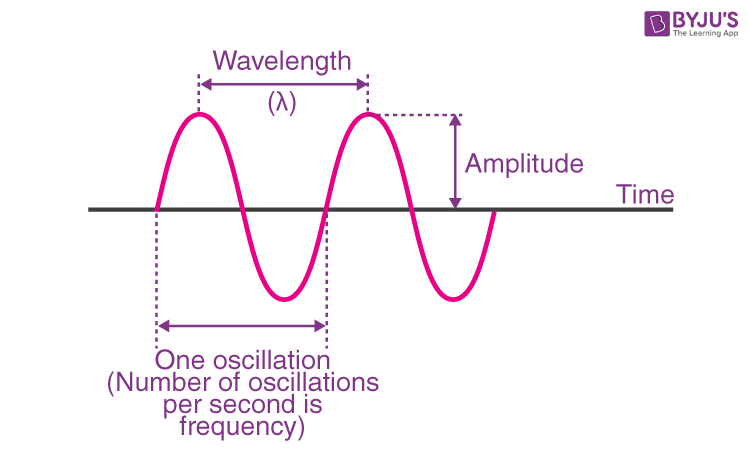 The main properties of waves are as follows –

The number of vibrations passing a fixed point in a given amount of time is called the frequency. The unit of frequency is Hertz.

Wavelength is the distance between two identical points (adjacent crests or troughs). It is measured in metres. Frequency and wavelength are inversely proportional to each other.

For a wave, speed is the distance travelled by a particular point on the wave in the given interval of time. Speed is measured in metres per second.

Test your Knowledge on Waves
Q5