India My Motherland Essay in English for Kids

Given here is India My Motherland Essay in English, which will help kids understand how they can frame a simple my motherland paragraph. Often kids are asked to write an essay on our motherland India. This essay will assist them in framing such an essay.

India is our motherland. With a population of 1.3 billion people, India stands as the second-most populous country in the world. You can also download this amazing my motherland paragraph in a colourful PDF format, through the link provided below.

Download “My Motherland Essay in English ” PDF for Free 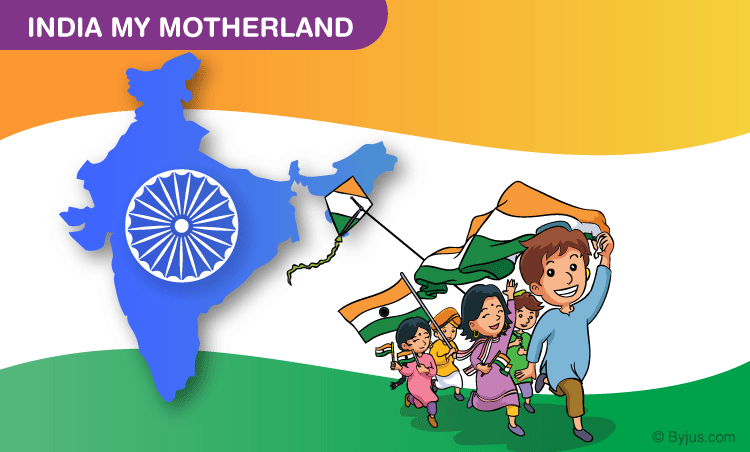 The given topic India My Motherland essay in English is a frequently asked essay topic in the primary classes. You can also refer to other common topics on essays for children.

Essay writing improves the linguistic prowess of students of all ages. It motivates them to write down their thoughts and feelings about that topic. It is a mental exercise that charges up their brain and bestows them with higher levels of creativity in the long run.

When kids write an essay on our motherland India, they get to open up their views and thoughts about India. This offers them a chance to explore their creativity, writing prowess and frame an impressive my motherland paragraph.

We also have a lot of other learning resources that you might be looking out for. Intriguing worksheets, brain-tickling general knowledge questions, interesting stories, poems for elementary school children, NCERT solutions, easy trivia questions on various topics, etc. are available on our kids learning section. Explore this section now!