We all know that the pair of numbers (x, y) can be represented on the XY-plane, where x is called abscissa and y is called the ordinate. Similarly, we can represent complex numbers also on a plane called Argand plane or complex plane. Similar to the X-axis and Y-axis in two-dimensional geometry, there are two axes in Argand plane.

The complex number x+iy which corresponds to the ordered pair(x, y)is represented geometrically as the unique point (x, y) in the XY-plane. 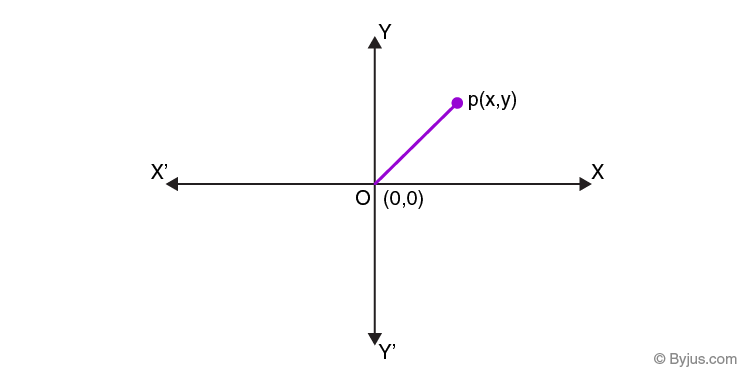 The complex number, 2+3i corresponds to the ordered pair (2, 3) geometrically.

It is obvious that the modulus of complex number x+iy, 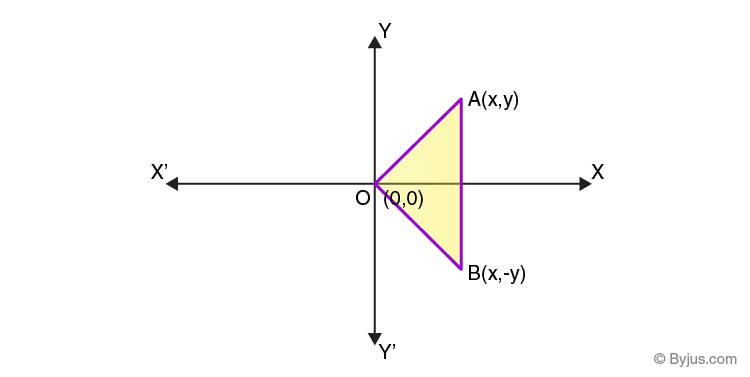 Example: Find the distance between the complex number z = 3 – 4i and the origin in the Argand plane.

Distance between the origin and z= 3 – 4i is equal to the modulus of z. 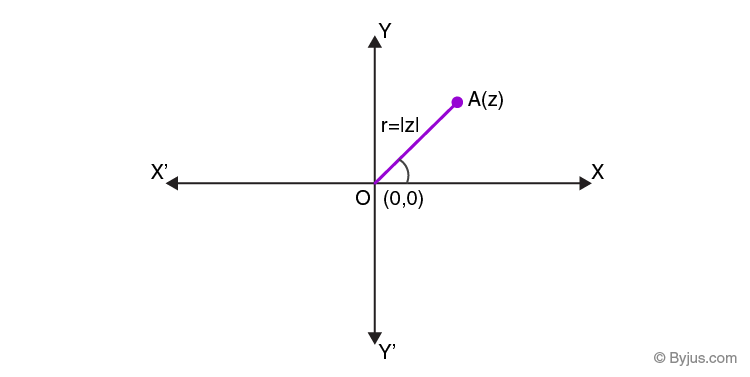 Let “A” represent the non-zero complex number x + iy. OA is the directed line segment of length r and makes an angle θ with the positive direction of X-axis.

Therefore, polar form of z is,

To know more about many Maths-related topics, log onto www.byjus.com or download BYJU’S – The Learning App to learn with ease.