Let’s have a look at the co prime numbers definition in mathematical terms along with the representation.

What are Co-Prime Numbers?

Check: What is Mathematics? 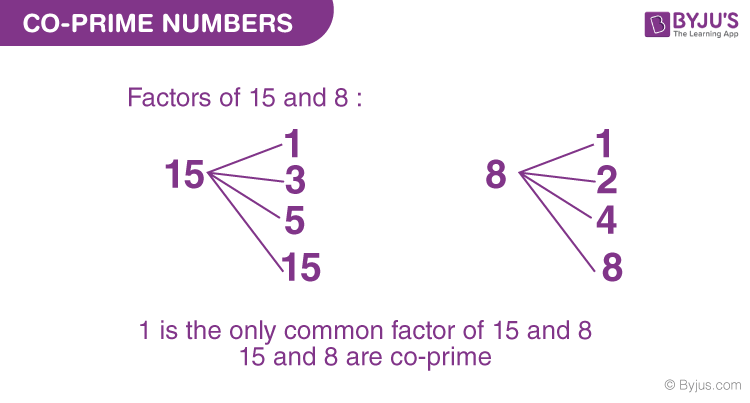 How to Find Co-prime Numbers?

Consider a set of two numbers, if they have no positive integer that can divide both, other than 1, the pair of numbers is co-prime.

The below table shows the list of co prime numbers.

Some of the properties of co-prime numbers are as follows. These are called tricks to identify the pairs of co prime numbers quickly. 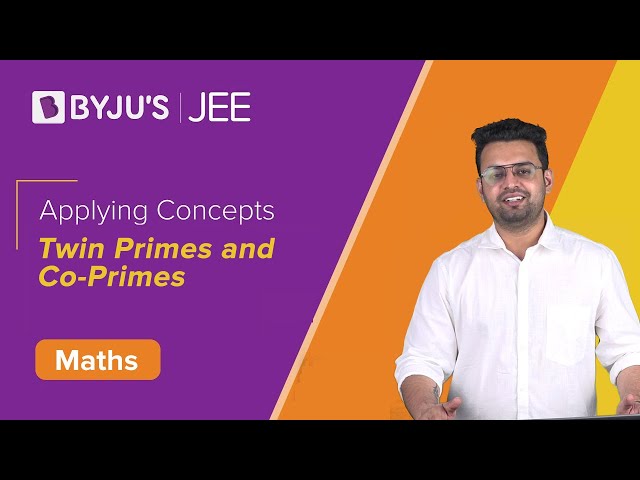 Go through the co prime numbers examples given below for a better understanding of the concept.

13 and 31 are two prime numbers; therefore, they are co-prime to each other. (Property 2)

They have only 1 as their common factor. So, they are coprime numbers.

What are Co-prime Numbers?

What is the difference between prime and Coprime numbers?

A prime number is defined as a number that has no factor other than 1 and itself. On the contrary, co-primes are considered in pairs and two numbers are co-prime if they have no common factors other than 1.

How do you Find the Co-prime of a Number?

Is 1 Coprime to All numbers?

Yes, 1 is coprime to all the numbers. Since HCF of 1 and any number is 1 itself. Hence, by the definition of coprime numbers, 1 said to be coprime with all numbers.