Exponents and Powers Class 8 Notes for chapter 12 given here are a great study tool to boost productivity and improve overall knowledge about the topics. In 8th standard, the concept of exponents, powers and their applications in the real world are explained clearly. This chapter help students to build a strong foundation on the concept of exponents and powers. Solved and example problems are given here for better understanding. Students can use these notes to have a thorough revision of the entire chapter and at the same be well equipped to write the exam.

Introduction to Exponents and Powers

For More Information On Powers And Exponents, Watch The Below Video. 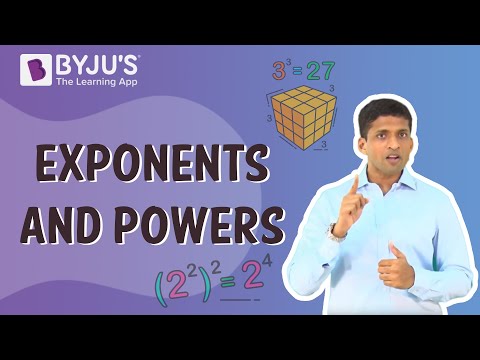 To know more about Exponents and Powers, visit here.

For example: Consider 9³. Here the exponent ‘3’ indicates that base ‘9’ needs to be multiplied three times to get our equivalent answer which is 27.

A negative exponent in power for any non-integer is basically a reciprocal of the power.

In simple terms, for a non-zero integer a with an exponent -b, a-b = 1ab

For More Information On Visualising Exponents And Powers, Watch The Below Video. 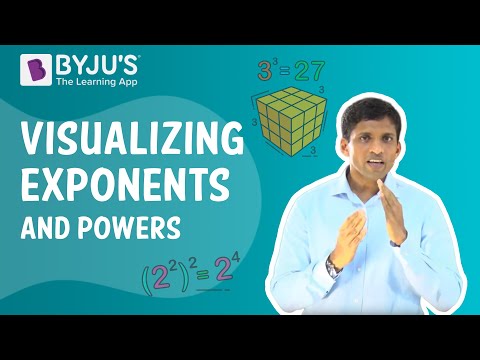 Powers of numbers can easily be visualized in the form of shapes and figures. Consider the following visulization. Given a non-zero integer a, am×an=am+n where m and n are integers.

and am÷an=am−n where m and n are integers.

Power of a Power

Given a non-zero integer a, (am)n = amn, where m and n are integers.

Exponents with Unlike Bases and Same Exponent

Given two non-zero integers a and b,

Very large numbers or very small numbers can be represented in the standard form with the help of exponents.

Since the decimal is moved 11 places till it is placed between 1 and 5, our standard form representation of the large number will be 1.5×1011

If it is a very small number like 0.000007, we need to move the decimal places to the right in-order to represent the number in its standard form. When being shifted to the right, the exponent will be negative.

In this case, the decimal place is moved 6 places up until till it is placed after digit 7. Therefore our standard form representation will be

The exponents are also useful when converting the number from it’s standard form to it’s natural form.

In-order to compare two large or small quantities, we convert them to their standard exponential form and divide them.

For example : To compare the diameter of the earth and that of the sun.

So the diameter of the Sun is 109 times that of the Earth! While calculating the total or the difference between two quantities, we must first ensure that the exponents of both the quantities are the same.