A permutation is an arrangement of objects in a definite order. The members or elements of sets are arranged here in a sequence or linear order. For example, the permutation of set A={1,6} is 2, such as {1,6}, {6,1}. As you can see, there are no other ways to arrange the elements of set A.

In permutation, the elements should be arranged in a particular order whereas in combination the order of elements does not matter. Also, read: Permutation And Combination

When we look at the schedules of trains, buses and the flights we really wonder how they are scheduled according to the public’s convenience. Of course, the permutation is very much helpful to prepare the schedules on departure and arrival of these. Also, when we come across licence plates of vehicles which consists of few alphabets and digits. We can easily prepare these codes using permutations.

Basically Permutation is an arrangement of objects in a particular way or order. While dealing with permutation one should concern about the selection as well as arrangement. In Short, ordering is very much essential in permutations. In other words, the permutation is considered as an ordered combination.

We can represent permutation in many ways, such as:

Permutation can be classified in three different categories:

Let us understand all the cases of permutation in details.

If n is a positive integer and r is a whole number, such that r < n, then P(n, r) represents the number of all possible arrangements or permutations of n distinct objects taken r at a time. In the case of permutation without repetition, the number of available choices will be reduced each time. It can also be represented as:

Here, “nPr” represents the “n” objects to be selected from “r” objects without repetition, in which the order matters.

Example: How many 3 letter words with or without meaning can be formed out of the letters of the word SWING when repetition of letters is not allowed?

Solution: Here n = 5, as the word SWING has 5 letters. Since we have to frame 3 letter words with or without meaning and without repetition, therefore total permutations possible are:

Permutation when repetition is allowed

When the number of object is “n,” and we have “r” to be the selection of object, then;

Choosing an object can be in n different ways (each time).

Thus, the permutation of objects when repetition is allowed will be equal to,

This is the permutation formula to compute the number of permutations feasible for the choice of “r” items from the “n” objects when repetition is allowed.

Example: How many 3 letter words with or without meaning can be formed out of the letters of the word SMOKE when repetition of words is allowed?

The number of objects, in this case, is 5, as the word SMOKE has 5 alphabets.

Thus, the permutation will be:

Thus it forms a multiset, where the permutation is given as:

Difference Between Permutation and Combination

The major difference between the permutation and combination are given below:

This principle can be extended to the case in which the different operation be performed in m, n, p, . . . . . . ways. 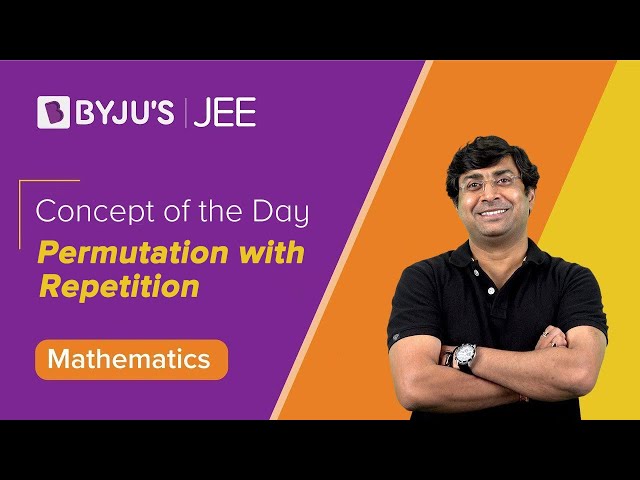 Problems based on Permutations 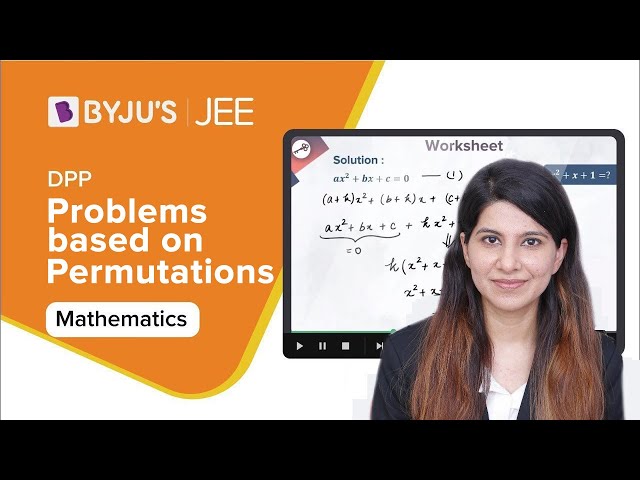 To solve more problems or to take a test, download BYJU’S – The Learning App.

Permutation is a way of changing or arranging the elements or objects in a linear order.

What is the formula for permutation?

What are the types of permutation?

What is the formula for permutation when repetition is allowed?

What is the permutation for multisets?

The permutation formula for multisets where all the elements are not distinct is given by: n!/(P1!P2!…Pn!)
Test your knowledge on Permutation
Q5