Ratio to percentage conversion process helps to represent a number in ratio form in terms of percentage. You have often seen the percentage as a way to evaluate a student’s performance in examinations. Thus, the percentage is used to compare quantities. It literally means ‘per 100’, which is a number expressed as a fraction of 100. So when you say 100% of something, it means it represents the whole of it.

Similarly, when you talk about pizza slices being divided amongst 2 people, the concept of ratio comes into the picture. In simple words, the ratio is also used to compare quantities in a different manner. In this article, we will discuss how to convert ratio into percentage easily and solve a few questions to have a better understanding of the topic. 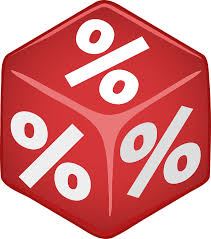 Ratio to percentage conversion helps us in obtaining accuracy in mixtures of elements, or while calculating the percentage score in a test. At times you are given parts of a quantity in the form of ratios. They can also be represented in the form of percentages. Let us understand this with the help of examples.

Converting ratio to percentage we get,

Try This: Ratio To Percent Calculator

Similarly, converting ratio to percentage we have,

Check Out Other Conversion Related Topics:

To learn more about ratio to percentage conversions and other similar maths concepts, download BYJU’S- The Learning App.

Test your Knowledge on Ratio To Percentage
Q5