A scatter plot is also called a scatter chart, scattergram, or scatter plot, XY graph. The scatter diagram graphs numerical data pairs, with one variable on each axis, show their relationship. Now the question comes for everyone: when to use a scatter plot?

Scatter plots are used in either of the following situations.

Scatter plots instantly report a large volume of data. It is beneficial in the following situations – 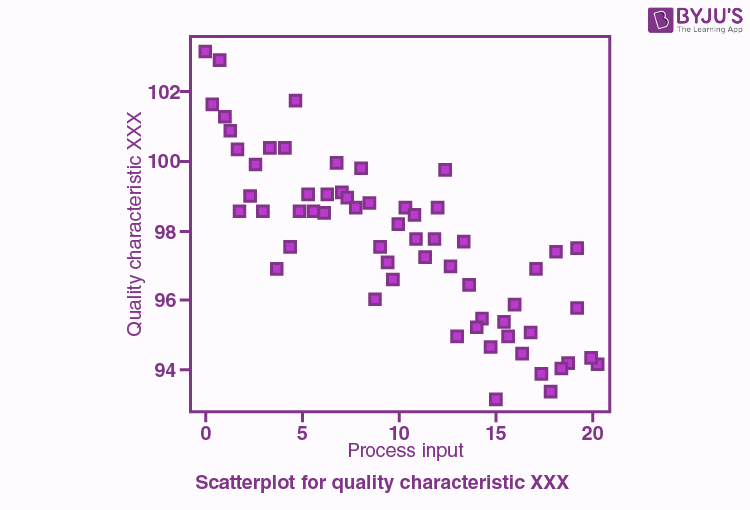 The line drawn in a scatter plot, which is near to almost all the points in the plot is known as “line of best fit” or “trend line“. See the graph below for an example. 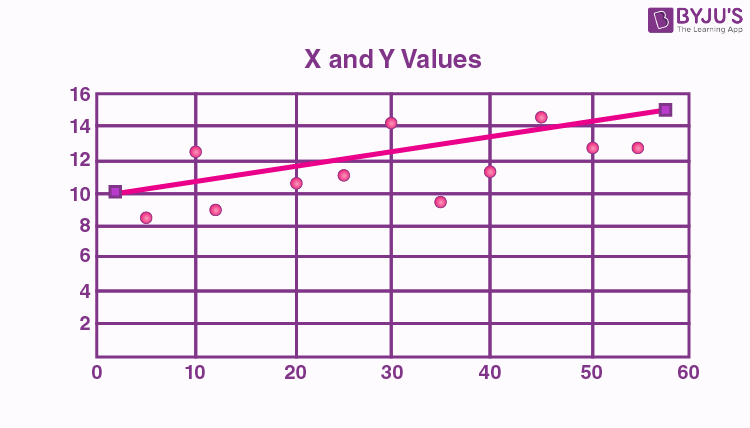 We know that the correlation is a statistical measure of the relationship between the two variables’ relative movements. If the variables are correlated, the points will fall along a line or curve. The better the correlation, the closer the points will touch the line. This cause examination tool is considered as one of the seven essential quality tools.

When the points in the graph are rising, moving from left to right, then the scatter plot shows a positive correlation. It means the values of one variable are increasing with respect to another. Now positive correlation can further be classified into three categories:

When the points in the scatter graph fall while moving left to right, then it is called a negative correlation. It means the values of one variable are decreasing with respect to another. These are also of three types:

When the points are scattered all over the graph and it is difficult to conclude whether the values are increasing or decreasing, then there is no correlation between the variables. 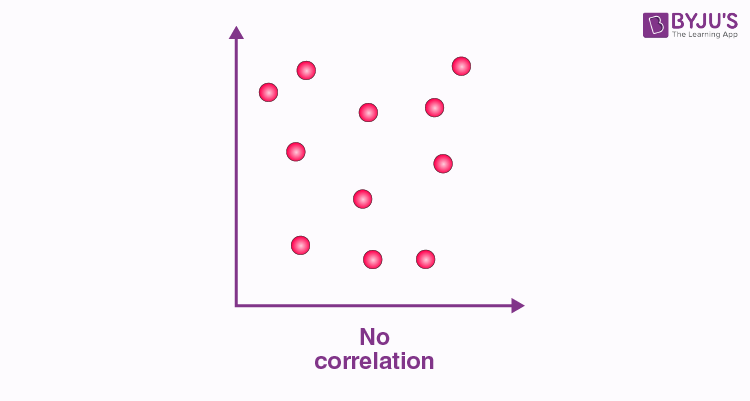 Let us understand how to construct a scatter plot with the help of the below example.

Draw a scatter plot for the given data that shows the number of games played and scores obtained in each instance.

Now, the scatter graph will be: 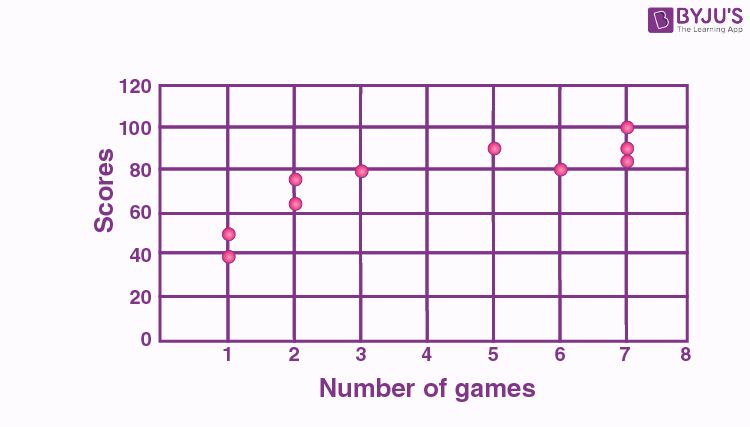 Note: We can also combine scatter plots in multiple plots per sheet to read and understand the higher-level formation in data sets containing multivariable, notably more than two variables.