“The sum of two prime numbers is always even.”

Types of Reasoning in Maths

In terms of mathematics, reasoning can be of two major types which are:

In the Inductive method of mathematical reasoning, the validity of the statement is checked by a certain set of rules and then it is generalized. The principle of mathematical induction uses the concept of inductive reasoning.

Reasoning: From the above statement, it can be said that the item will provide a good profit for the stores selling it.

Reasoning: If triangle XYZ is a right triangle, it will follow Pythagorean Theorem.

There are three main types of reasoning statements:

a: The Sun rises in the east

In this statement, there is no modifier and thus it can be simply concluded as true.

With the help of such statements, the concept of mathematical deduction can be implemented very easily. For a better understanding, consider the following example:

Statement 1: Even numbers are divisible by 2

Statement 2: 2 is also an even number

These two statements can be clubbed together as:

Compound Statement: Even numbers are divisible by 2 and 2 is also an even number

Let us now find the statements out of the given compound statement:

Compound Statement: A triangle has three sides and the sum of interior angles of a triangle is 180°

The Statements for this statement is:

Statement 1: A triangle has three sides.

Statement 2: The sum of the interior angles of a triangle is 180°.

These both statements related to triangles are mathematically true. These two statements are connected using “and.”

According to mathematical reasoning, if we encounter an if-then statement i.e. ‘if a then b’, then by proving that a is true, b can be proved to be true or if we prove that b is false, then a is also false.

Since one of the given statements i.e. a is true, therefore, a or b is true.

How to Deduce Mathematical Statements?

For deducing new statements or for making important deductions from the given statements three techniques are generally used:

Let’s take a look at both the methods one by one.

Negation of the Given Statement

Statement 1: “Sum of squares of two natural numbers is positive.”

Now if we negate this statement then we have,

Statement 2: Sum of squares of two natural numbers is not positive.

Here, by using “not”, we denied the given statement and now the following can be inferred from the negation of the statement:

There exist two numbers, whose squares do not add up to give a positive number.

This is a “false” statement as squares of two natural numbers will be positive.

From the above discussion, we conclude that if (1) is a mathematically acceptable statement then the negation of statement 1 (denoted by statement 2) is also a statement. 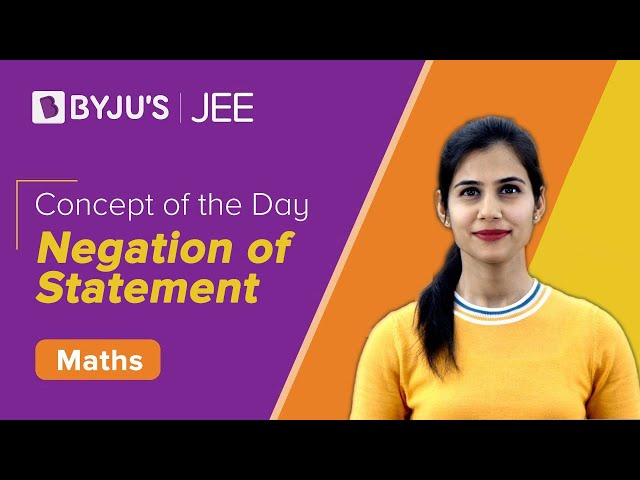 In this method, we assume that the given statement is false and then try to prove the assumption wrong.

Hence, our assumption is wrong and the statement “a” is a valid statement.

Another method for proving validity is to use a counter statement i.e. giving a statement or an example where the given statement is not valid.

a: If x is a prime number then x is always odd.

Consider the following set of statements and mention which of these are mathematically accepted statements:

i) The Sun rises in the east.

ii) New Delhi is a country.

iii) Red rose is more beautiful than a yellow rose.

Question 2: The sum of three natural numbers x,y and z is always negative.

This statement is acceptable. It can never be true because all natural numbers are greater than zero and therefore the sum of positive numbers can never be negative.

Question 3: The product of three real numbers x,y and z is always zero.

In this given statement we cannot figure out if the statement is true or false. Such a sentence is not mathematically acceptable for reasoning.

Question 4: Check whether the given two statements are true with respect to each other.

a: A circle with infinite radius is a line

b: A circle with zero radii is a point

Since “a” is true and “b” is also true then both statements a and b are also true.

For two given statements a or b to be true, show that either a is true or prove that b is true i.e. if any one of the statements is true then a or b is also true.

Now it would be clear to you how to use a compound form of statements and negative of a statement to deduce results. 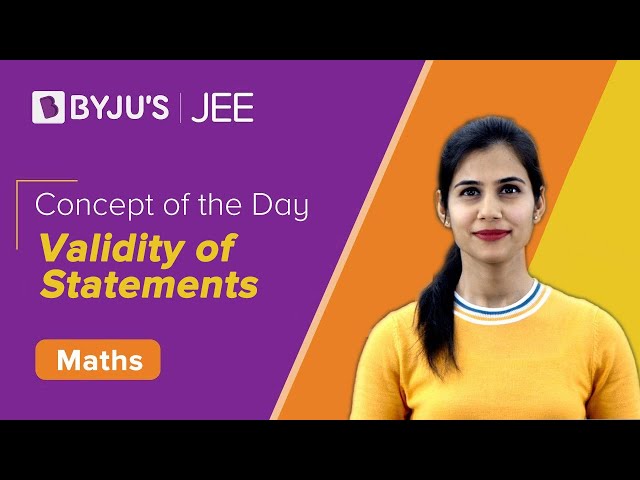 To learn more on this topic, register at BYJU’S now and download BYJU’S- The Learning App.

Mathematical reasoning is one of the topics in mathematics where the validity of mathematically accepted statements is determined using logical and Maths skills.

Why is Mathematical Reasoning Important?

Mathematical reasoning is important as it helps to develop critical thinking and understand Maths in a more meaningful way. The concepts of reasoning not only helps the students to have a deeper understanding of the subject but also helps in having a wider perspective to logical statements.

What are the Types of Reasoning?

There are two main types of reasoning in Maths: