NCERT Exemplar Class 11 Maths Chapter 10 Straight Lines are provided here for 11th standard students to make them learn and prepare for the exam, in accordance with CBSE syllabus (2018-2019). Students can easily understand the concepts of straight lines by solving exemplar problems prepared by our subject experts. These materials are available in pdf format and can be easily downloaded directly from the website.

A straight line in mathematical geometry is a concept, which was conceptualized by ancient mathematicians. A line has minimum width and depth and no curvature. This line has only a singular dimension called length which is enclosed within two points.

Euclid was one of the first mathematicians, who introduced and gave meaning to a straight line which further led to the conceptualization of Euclidean Geometry. In modern-day mathematics, the concept of a line is described in analytical as well as incident geometry.

In chapter 10 exemplars, students will get solved questions based on the topics below;

Also get NCERT solutions, notes and question papers for free to study and prepare for exams and score well. Solving ncert exemplar problems and previous year question papers will also help students to get the idea of marking scheme and types of questions asked from chapter straight lines.

The NCERT Exemplar for Class 11 Maths Chapter 10 Straight Lines PDF can be found below; 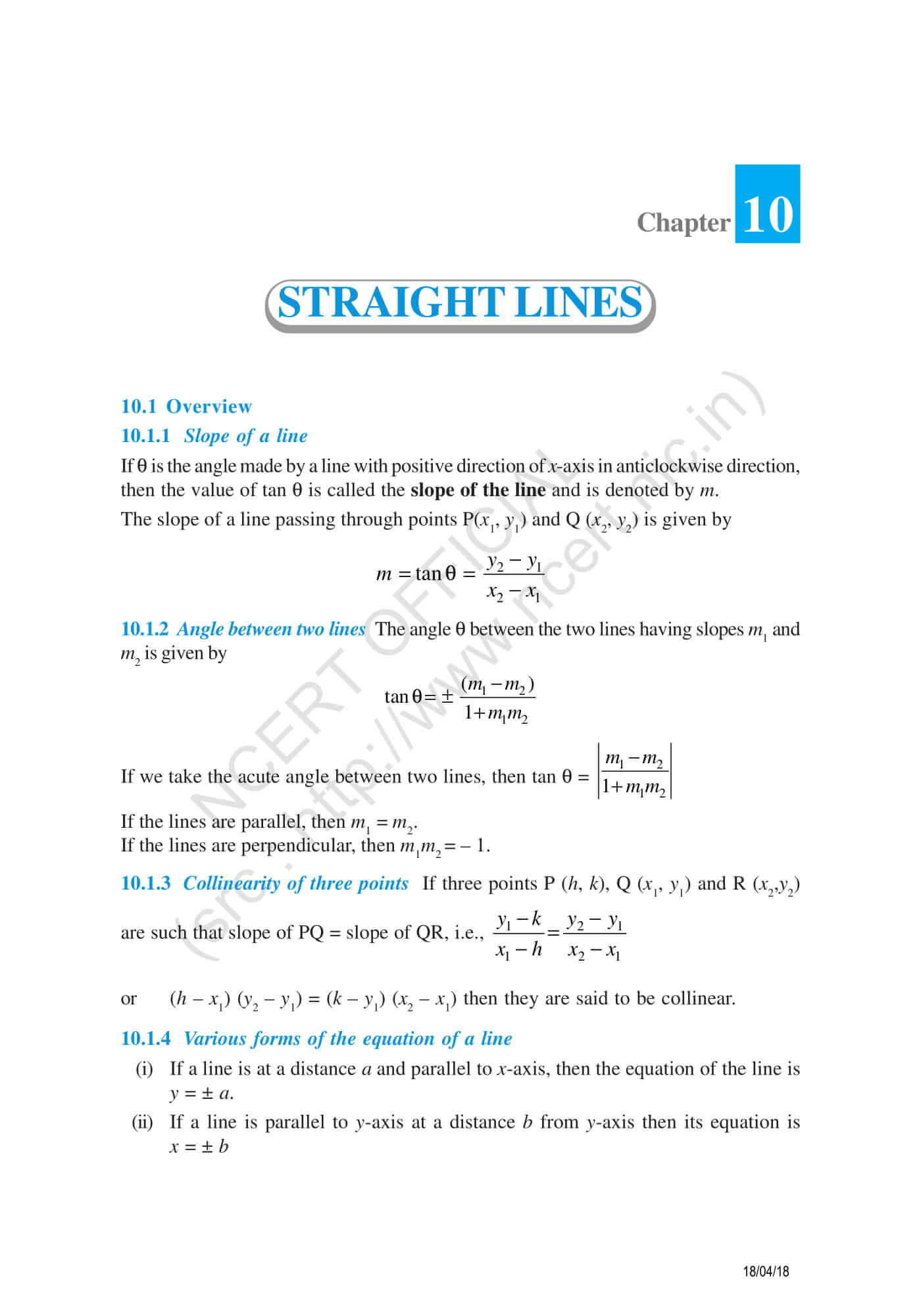 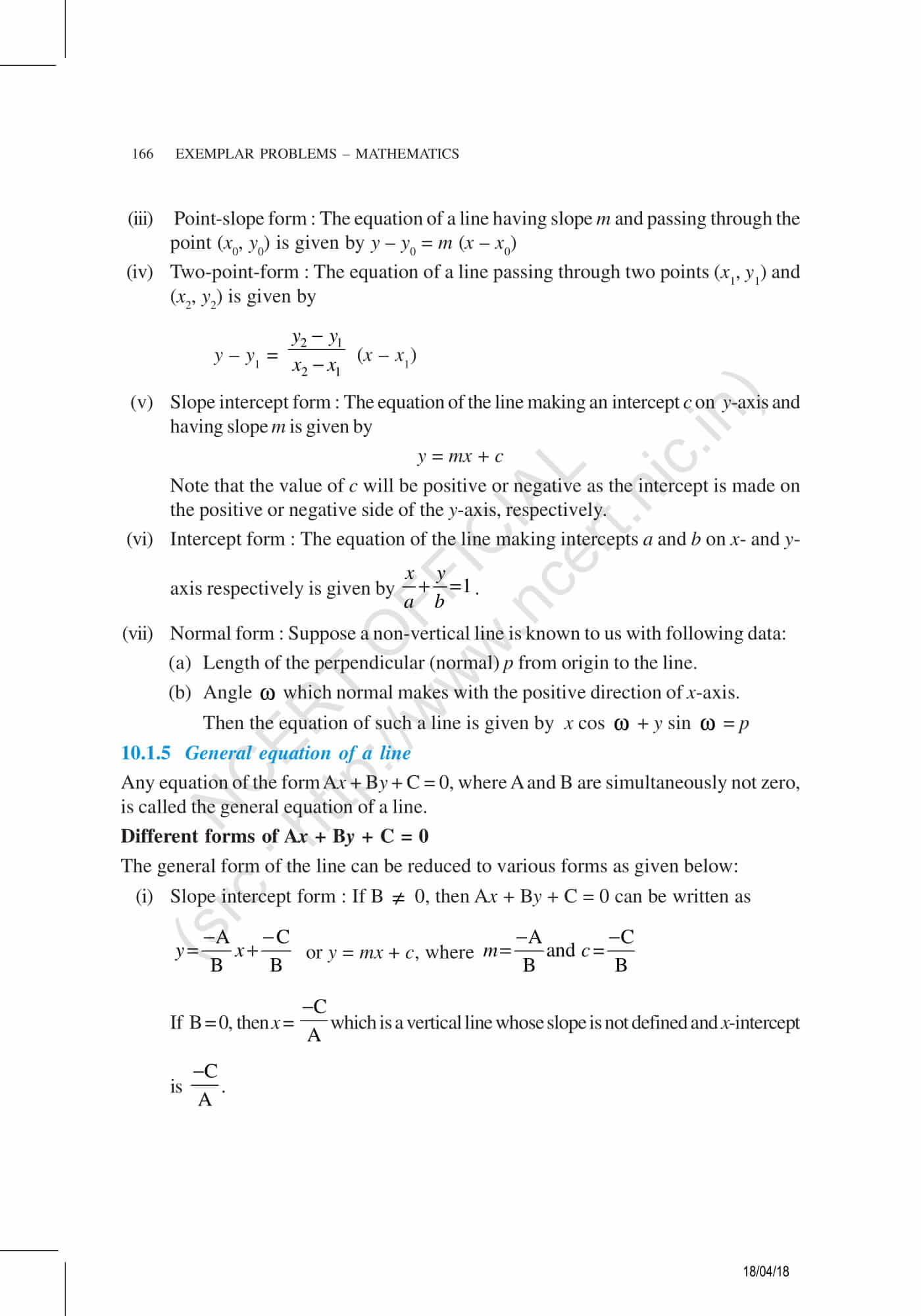 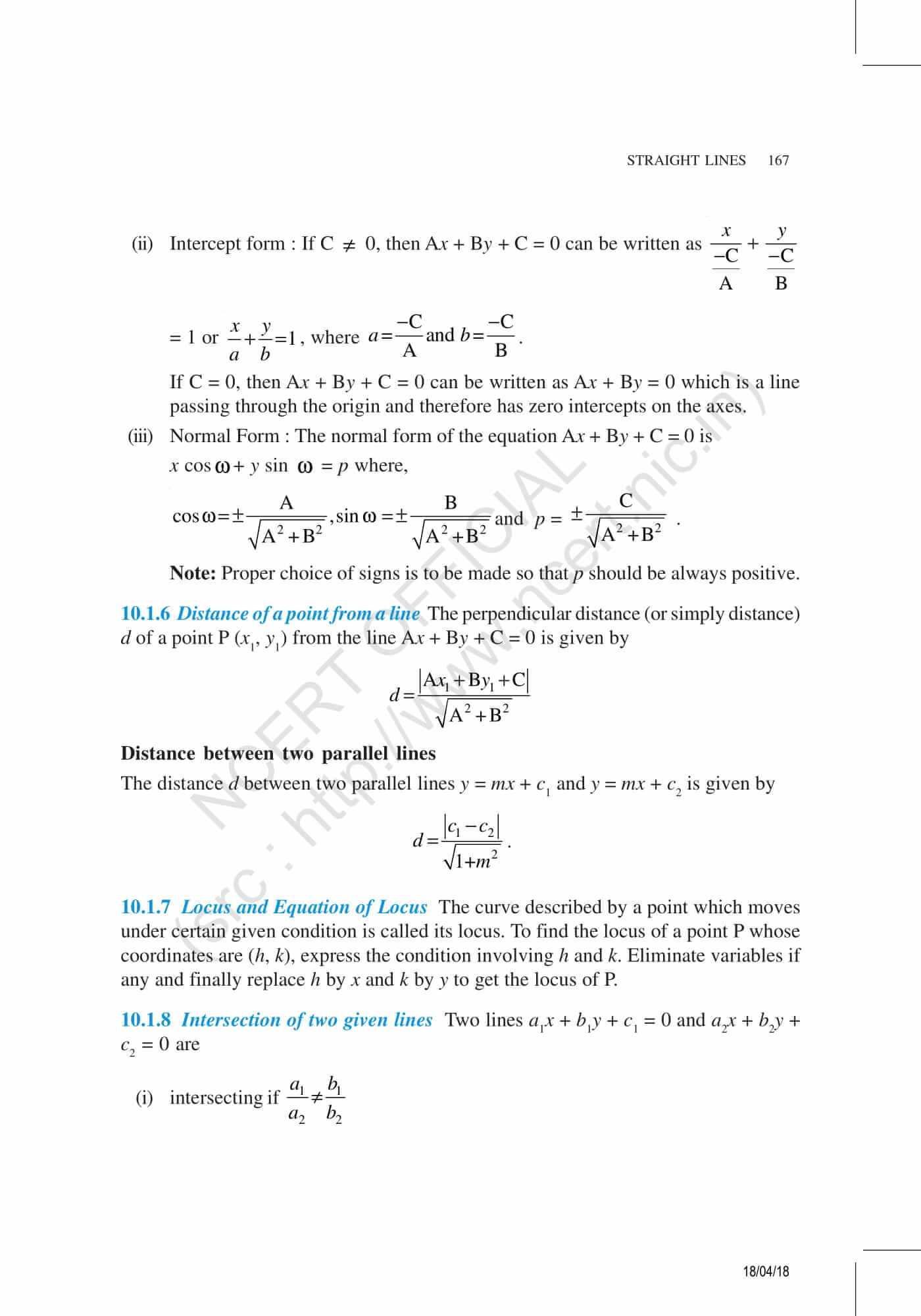 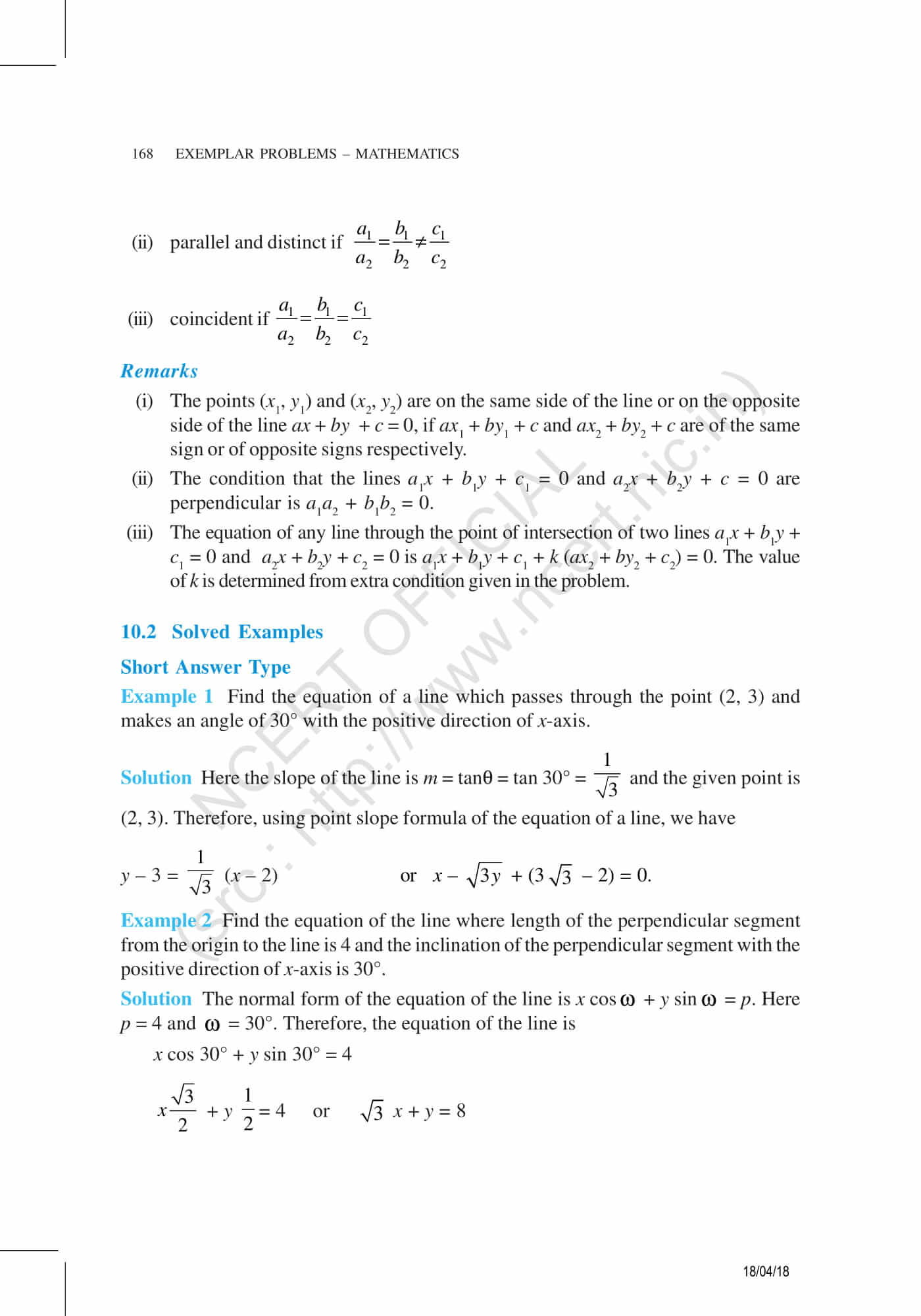 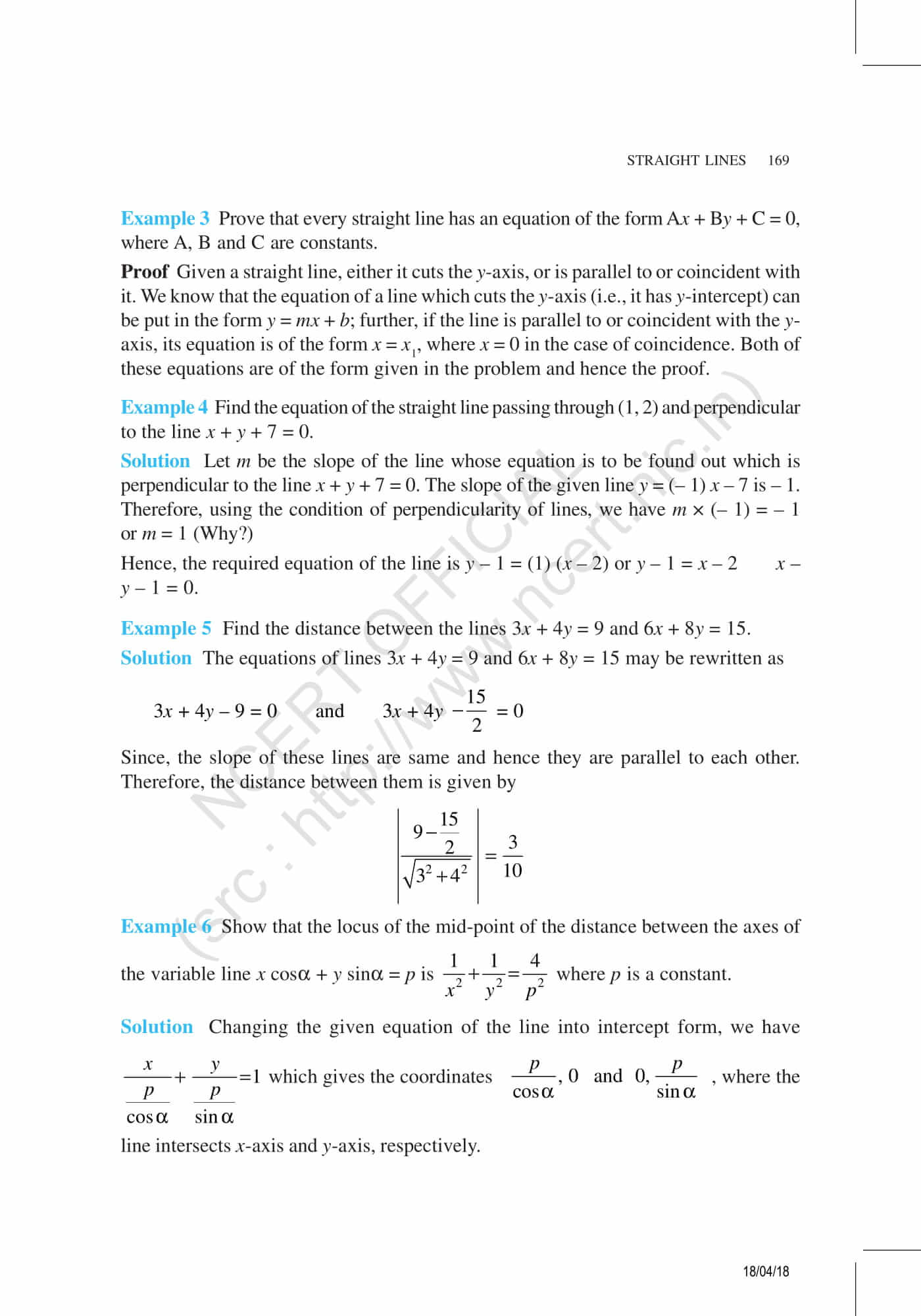 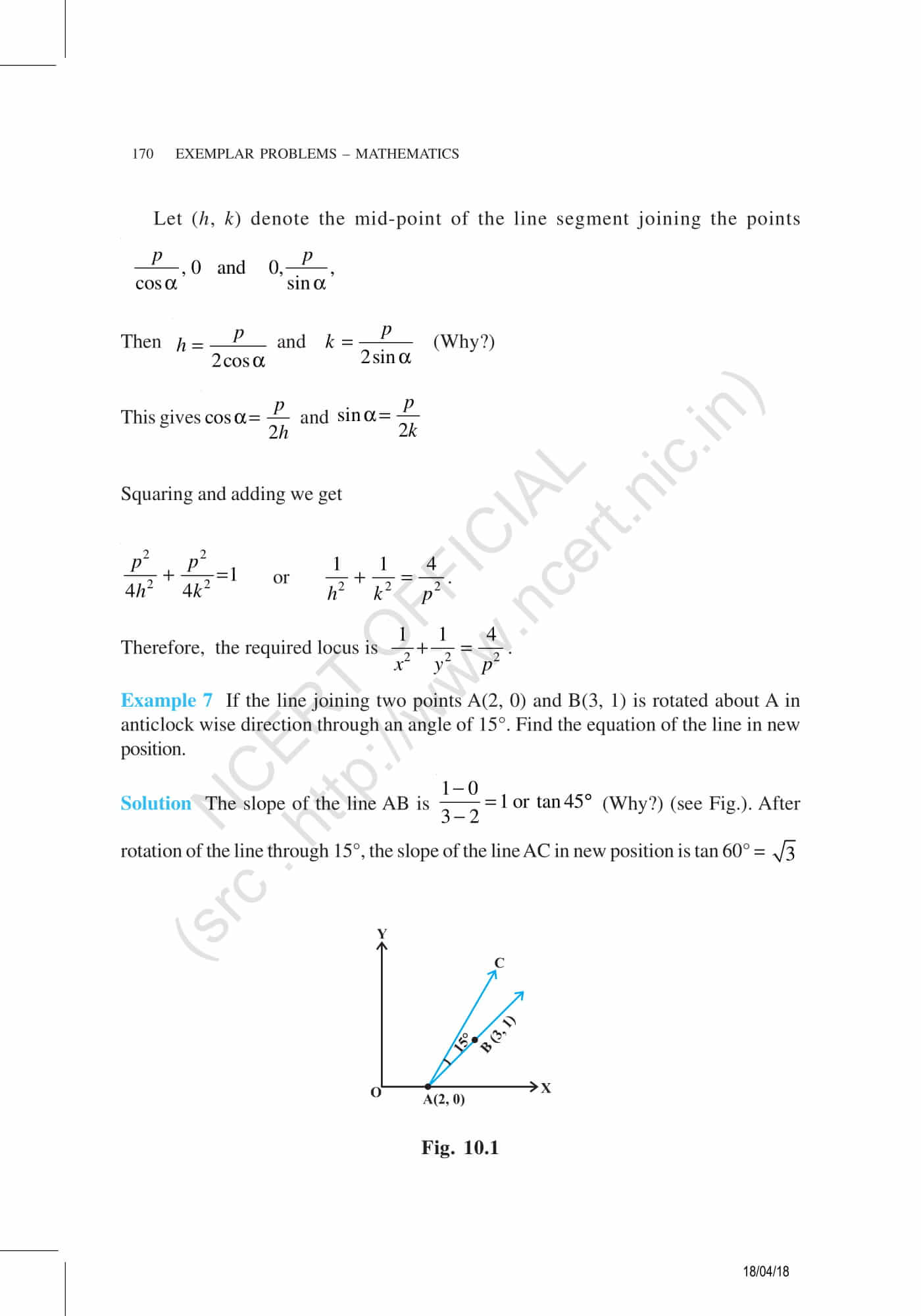 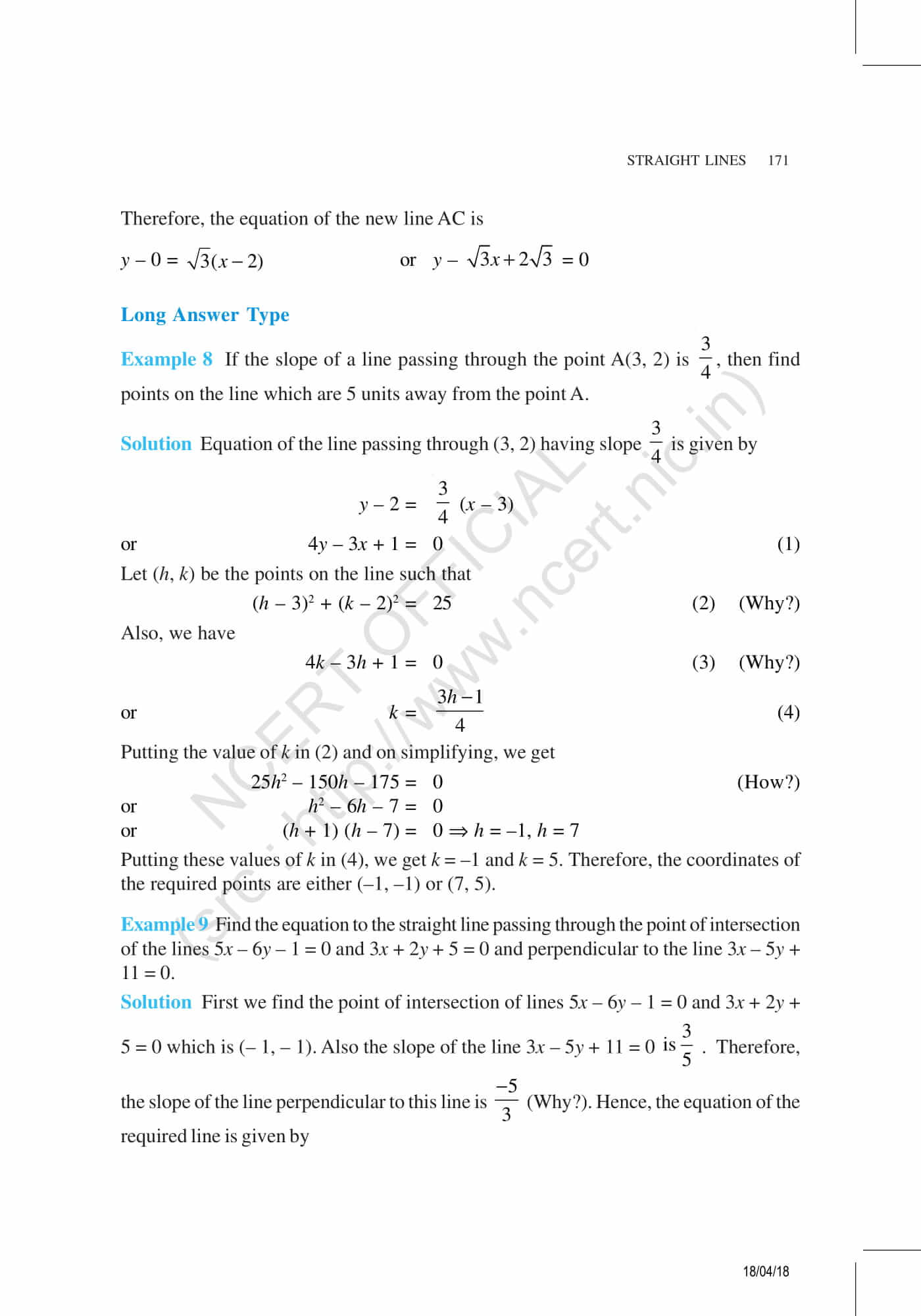 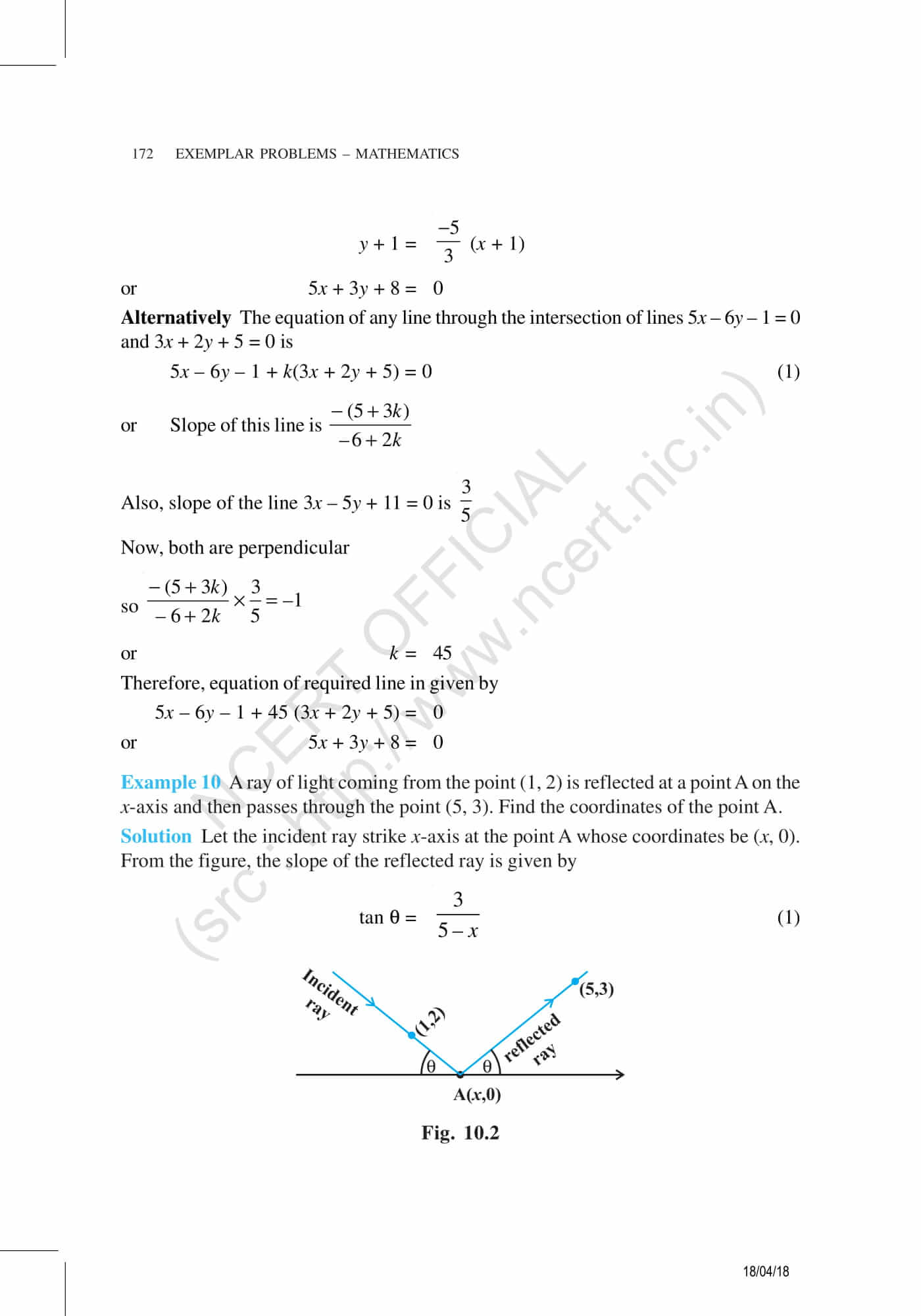 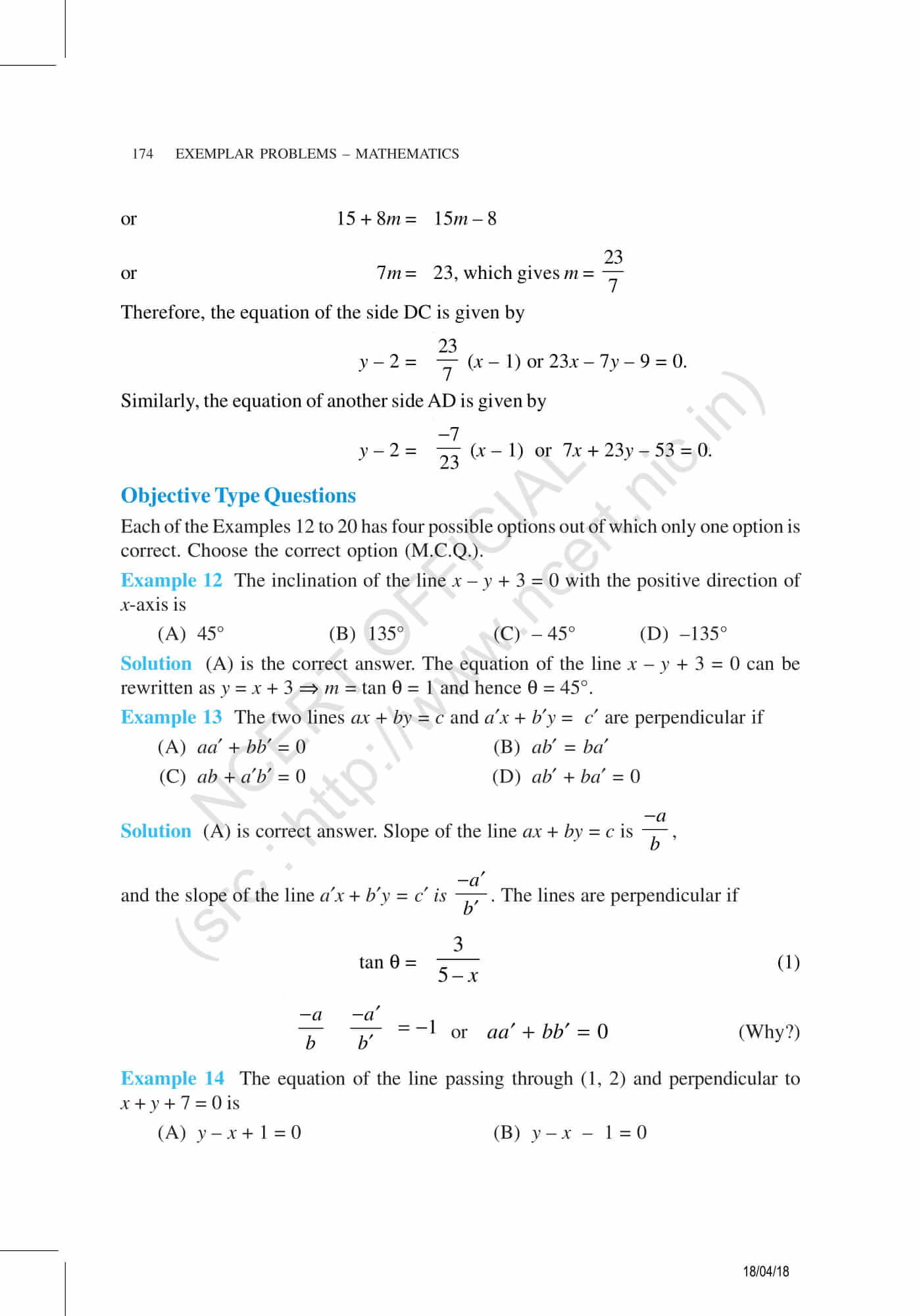 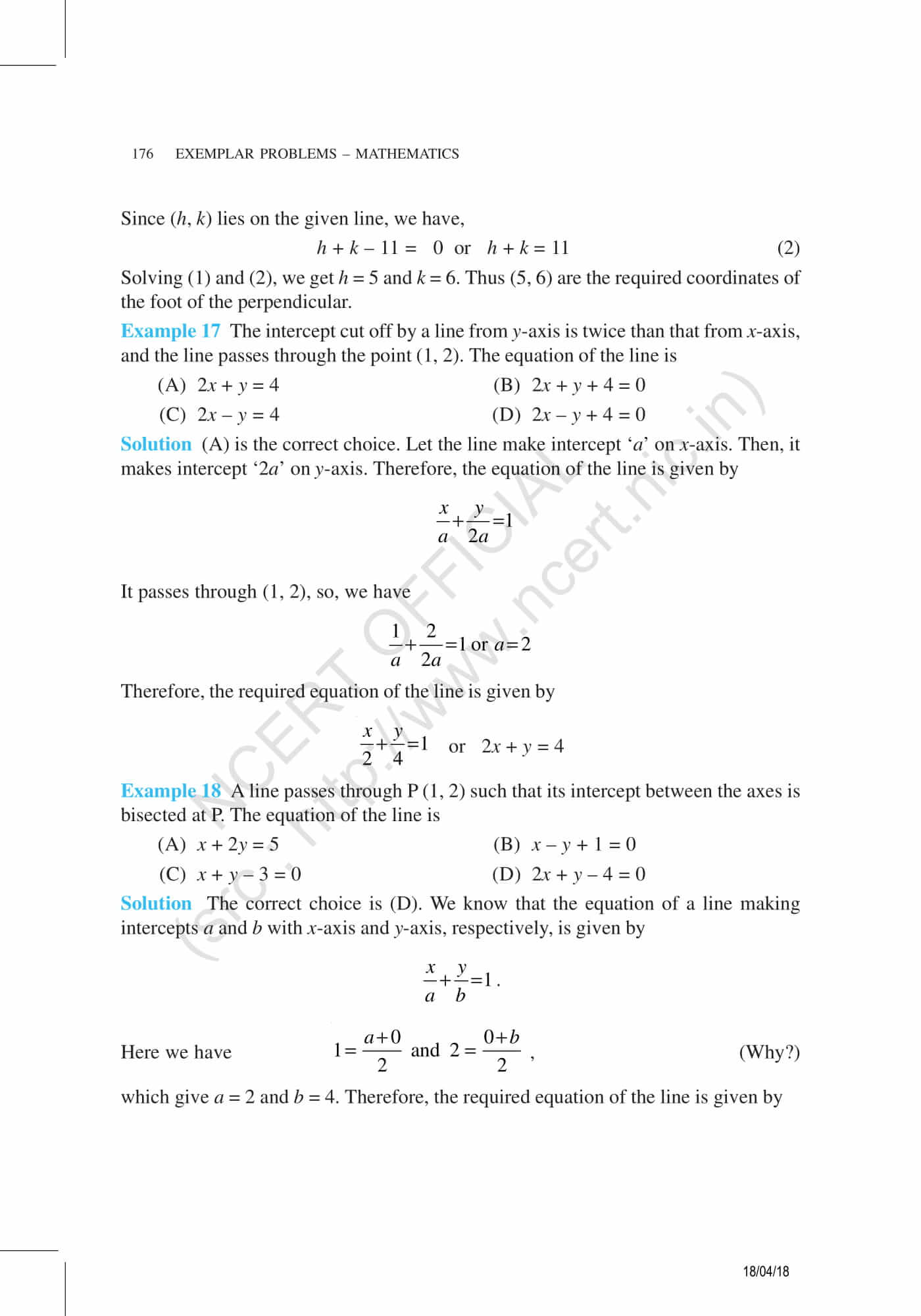 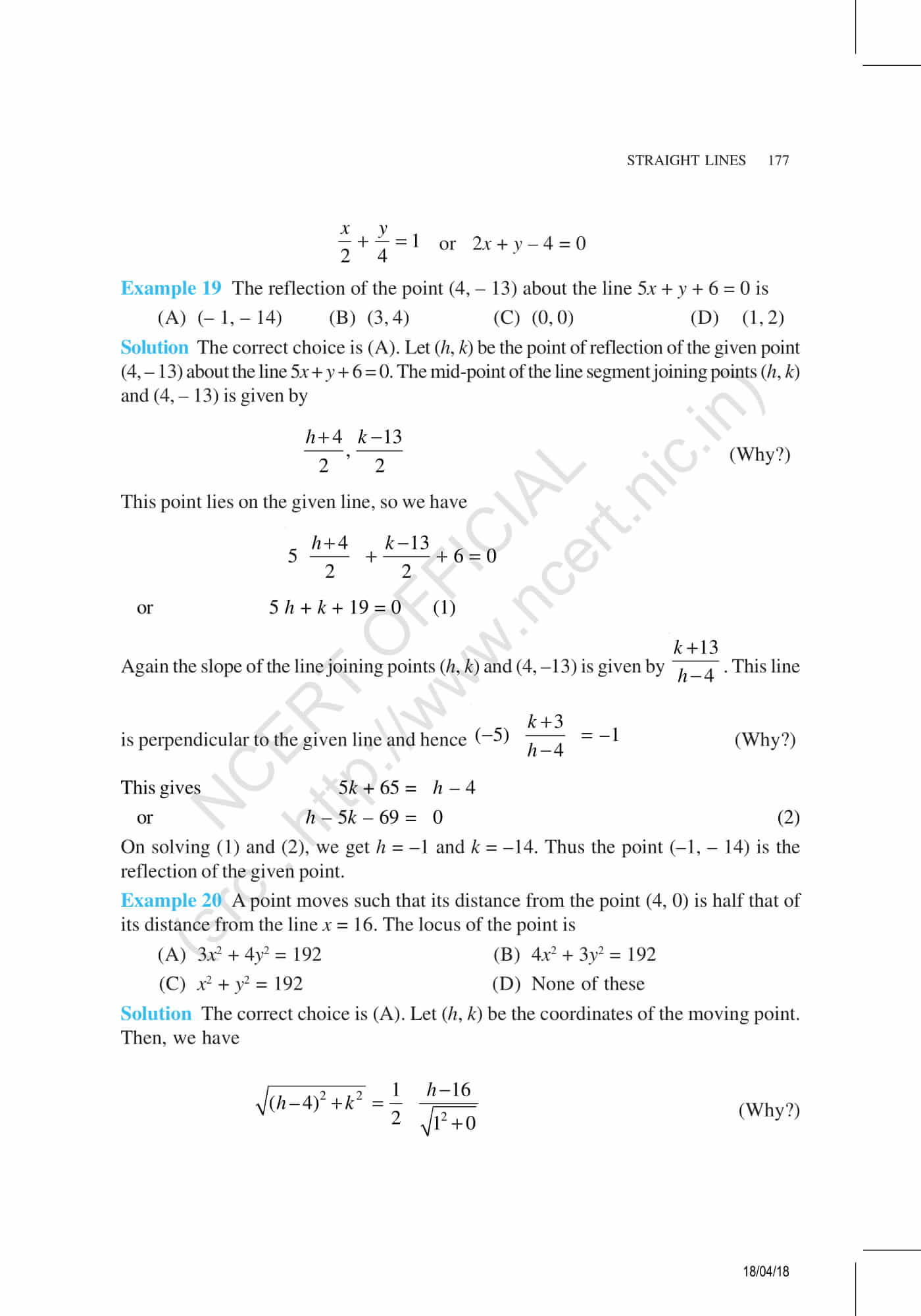 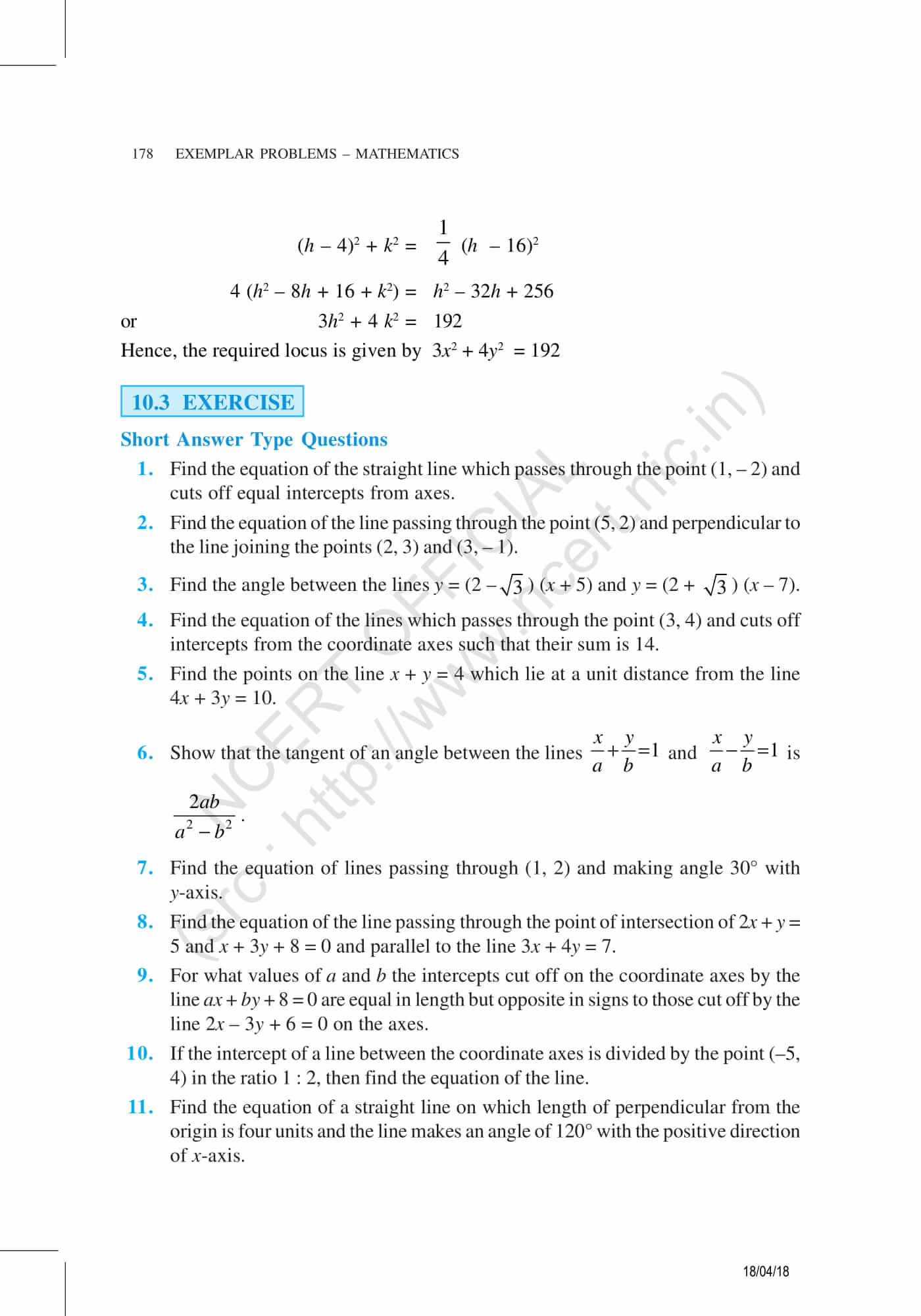 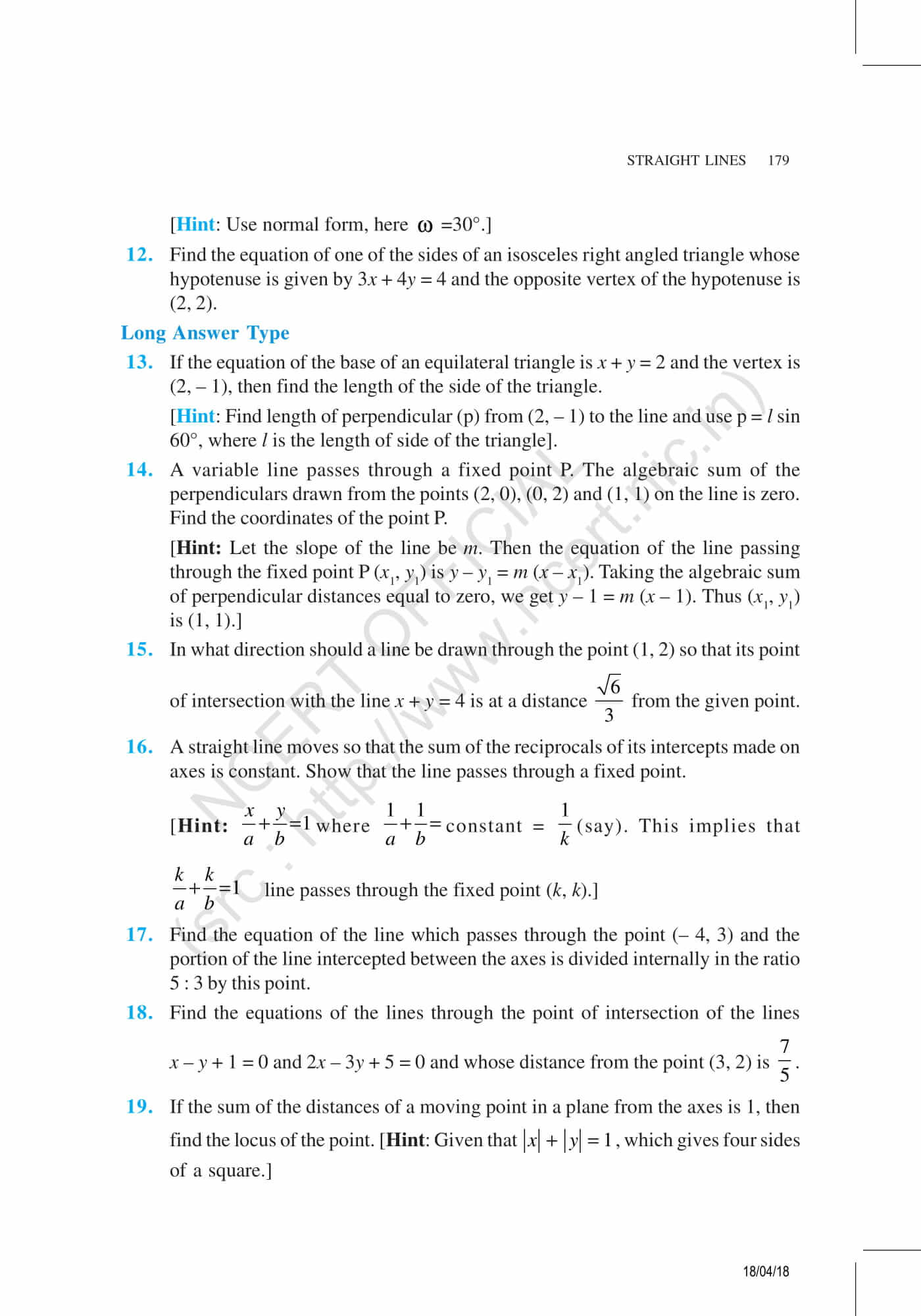 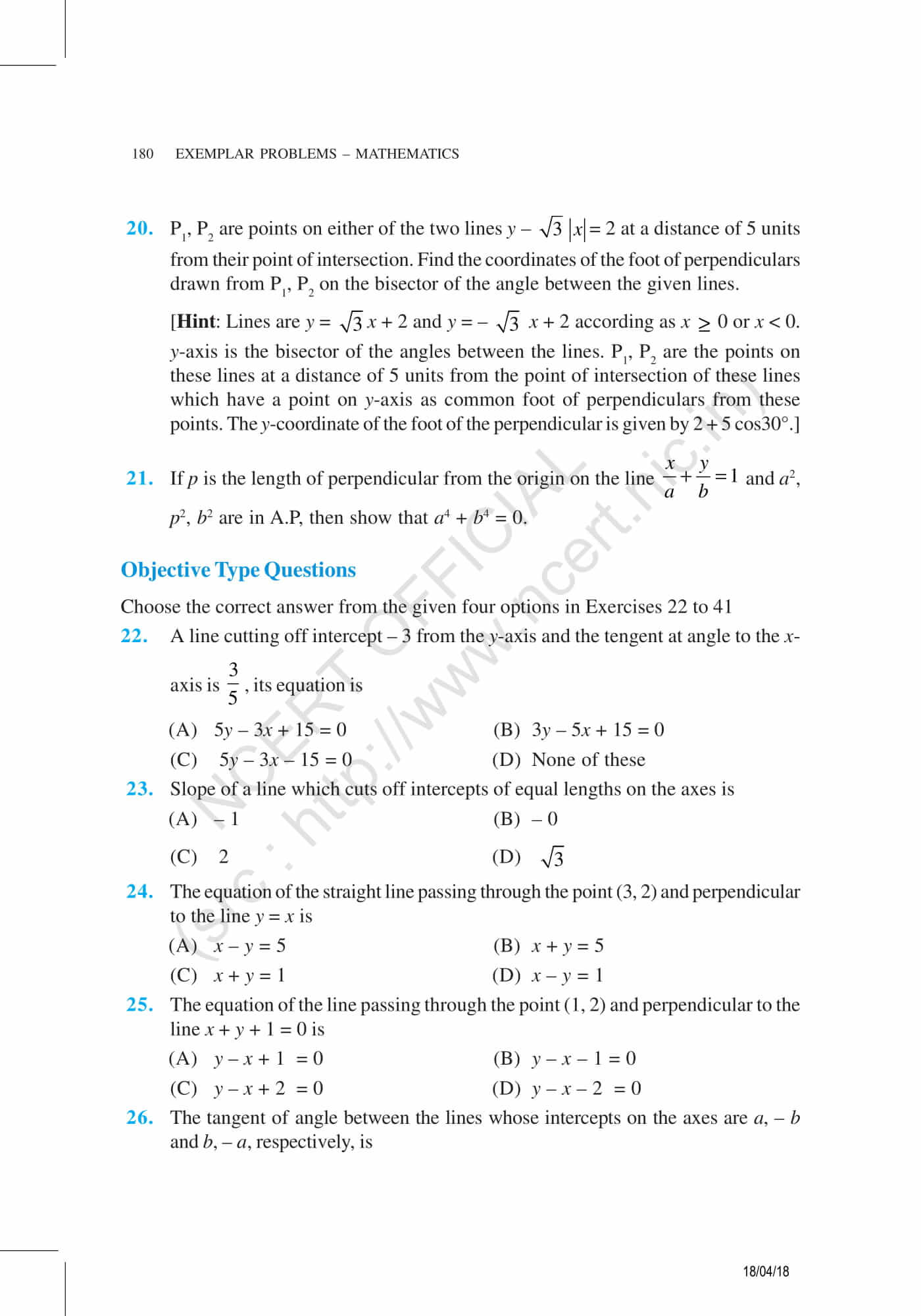 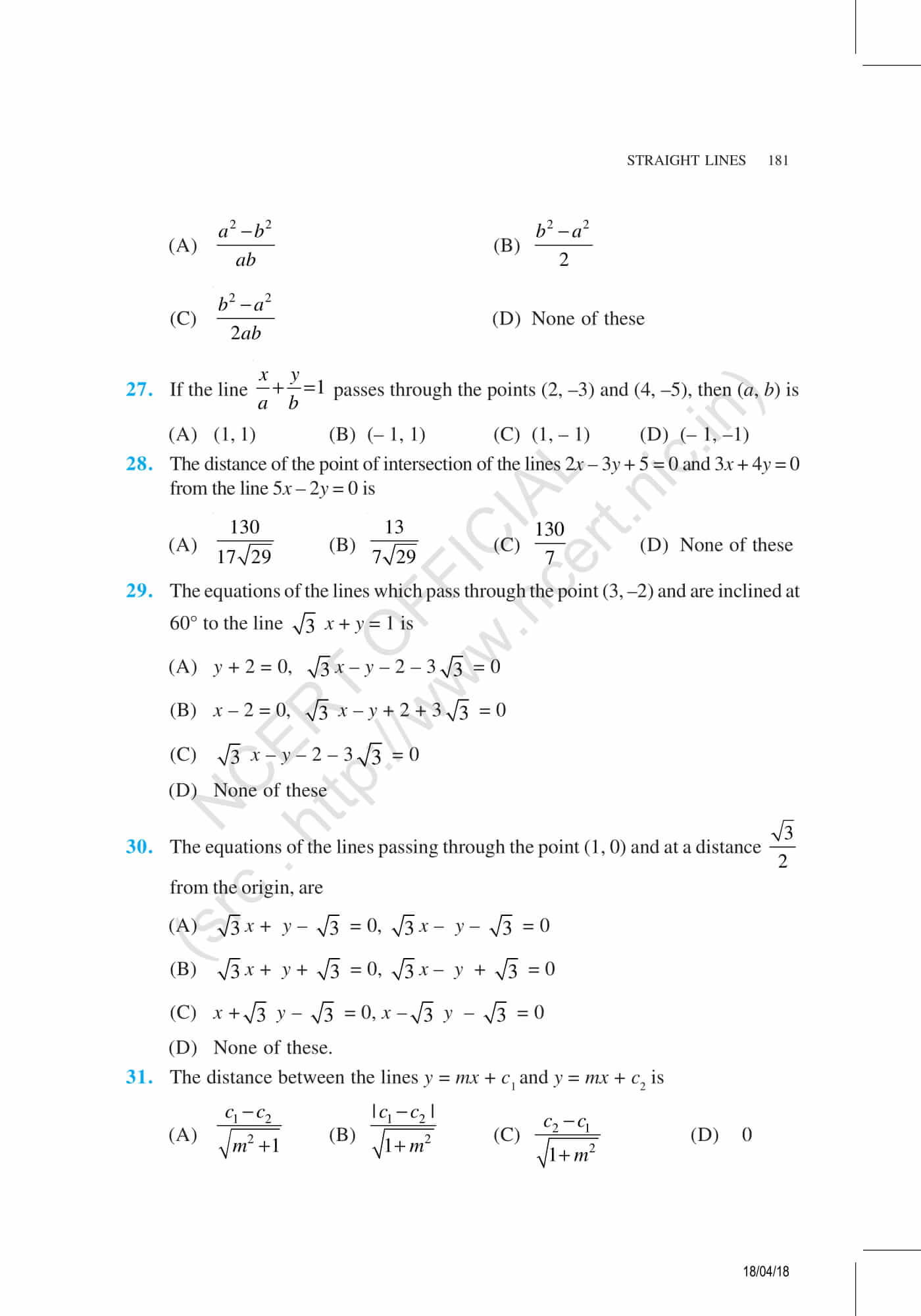 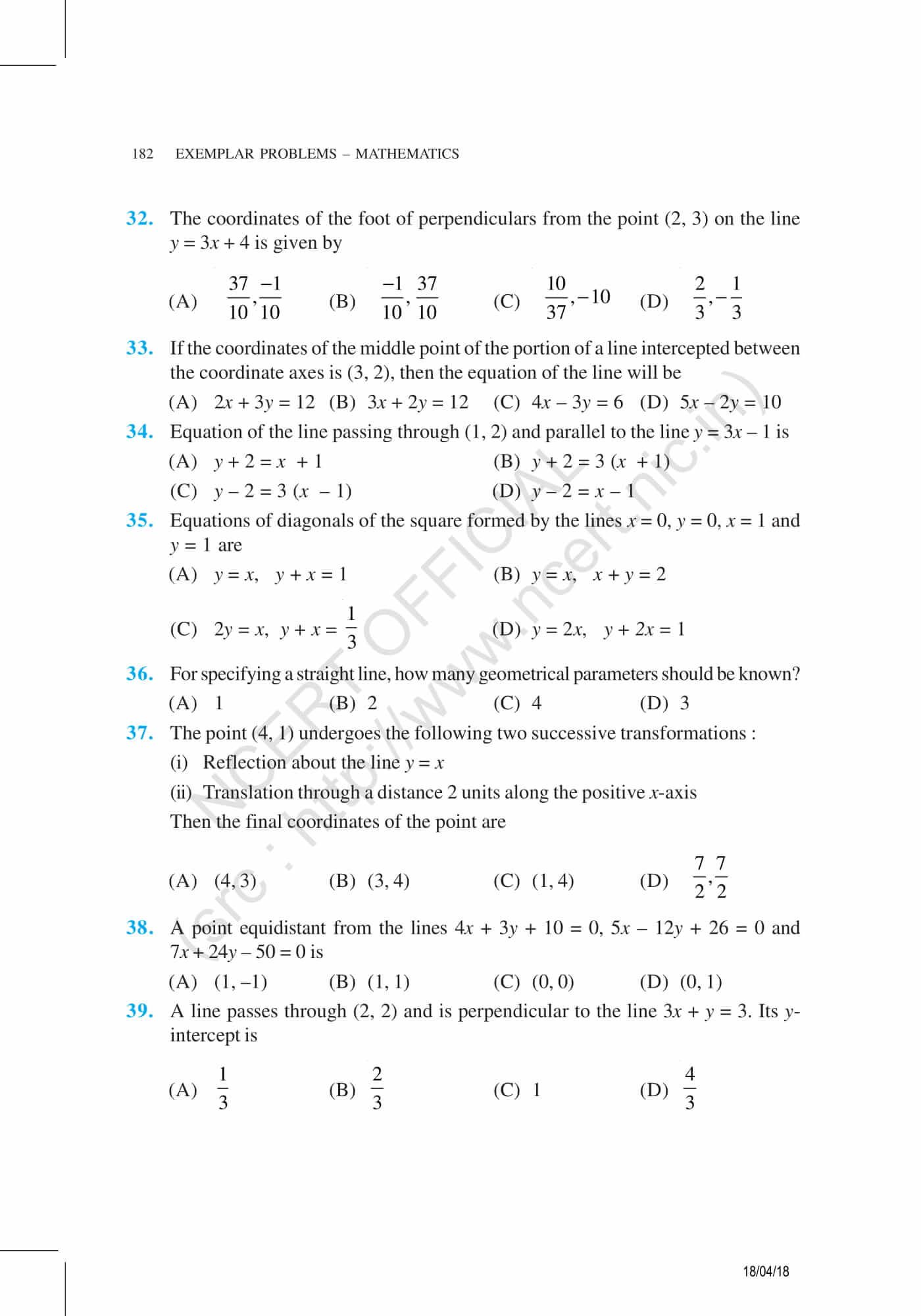 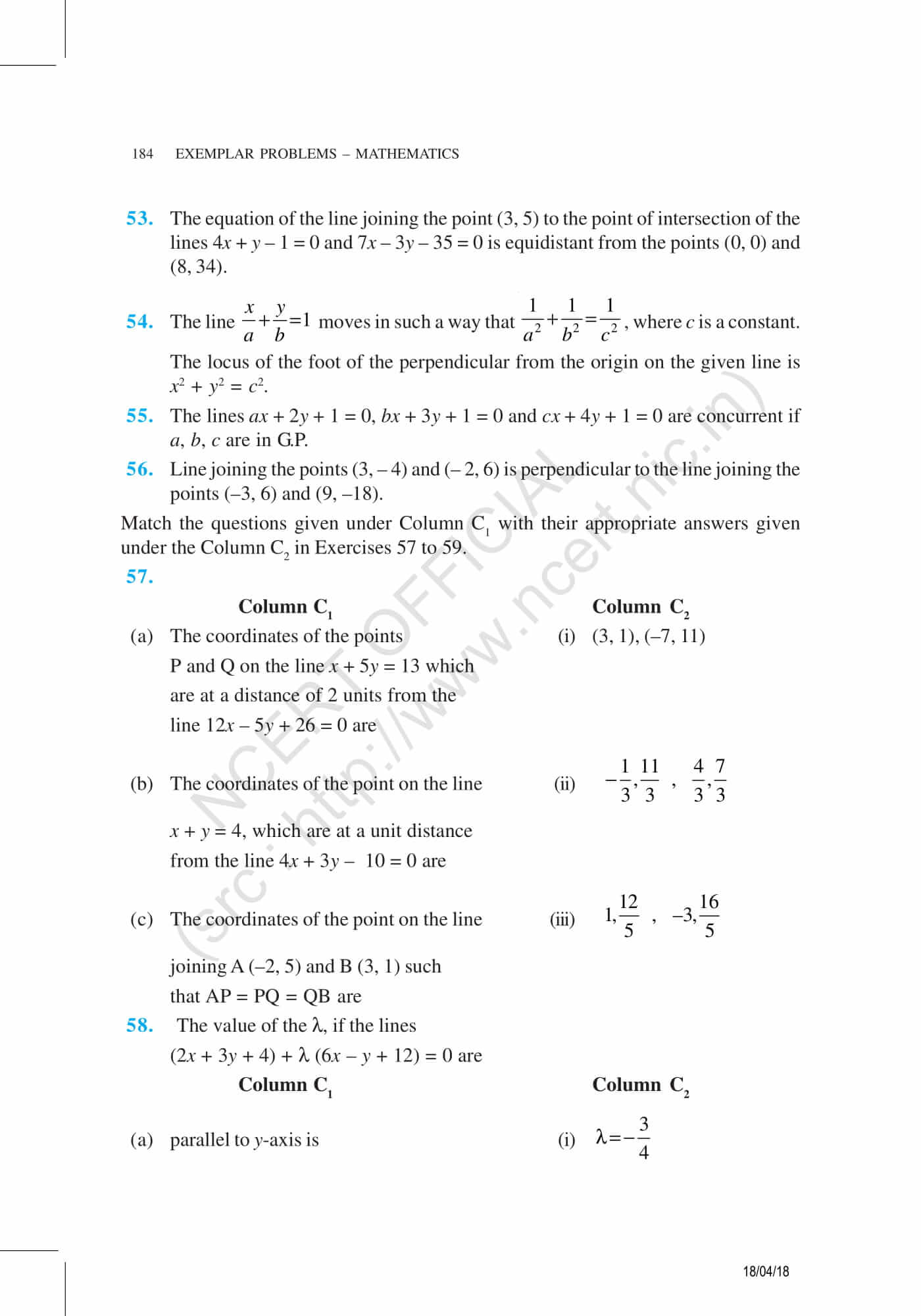 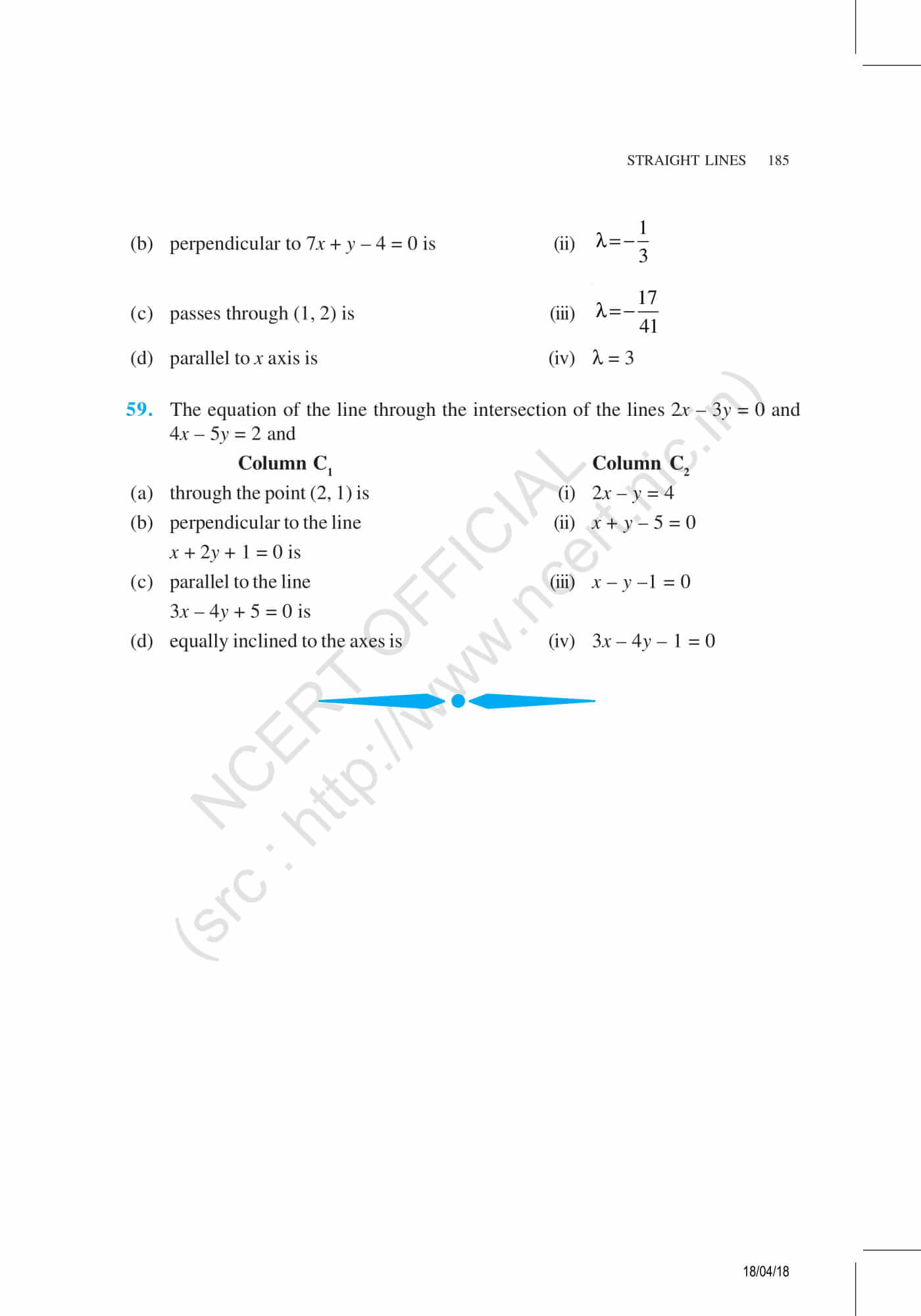 Click here to get NCERT solutions for all chapters and prepare well for the 11th class exam.

Download BYJU’S app and get a new learning experience with the help of video lessons. Also, these visuals will help to understand the concepts of various mathematical topics such as straight lines in a really better way.