Difference between Positive and Negative terminals

These batteries are of different types. An example of a primary battery is the dry cell. In a dry cell, a zinc container is used as the anode and a carbon rod is used as the cathode. The space around the cathode is surrounded by manganese dioxide and cathode. The space between the container and the rod is filled with a moist paste of ammonium chloride and zinc chloride.

The electrode, usually metal is the electrical conductor used as a positive or negative terminal of an electrically conducting medium. The electrodes conduct the current into the medium and out of the medium. The medium is either solid, gas, vacuum or an electrolytic solution, as in a storage battery. 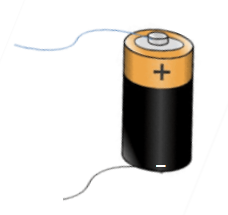