Synapse is a junction between two neurons or a neuron and a target or effector cell such as a muscle cell. It permits transmission of electrical or chemical signals.

The synapse is formed between presynaptic and postsynaptic neurons. It is known as the neuromuscular junction between a neuron and muscle.

The conduction of nerve impulses from an axon terminal of a neuron to dendrites of the next neuron occurs through a synapse. It can be electrical or chemical. 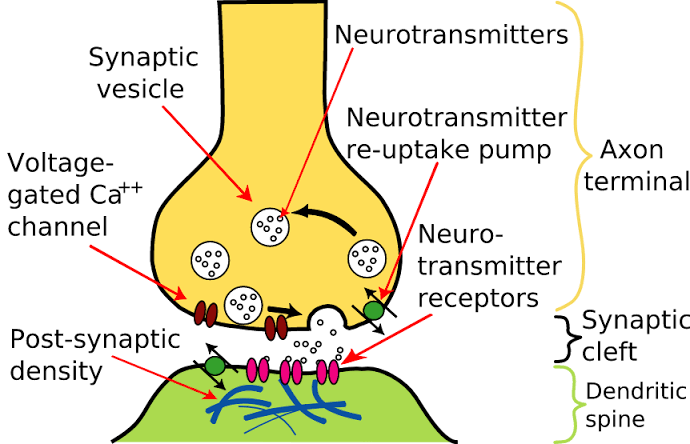 The synapse, in this way, ensures the conduction of nerve impulses in the correct direction and prevents random stimulation.

This was a brief note on Synapse. Explore notes on neural communication and other important concepts related to NEET, only at BYJU’S.