A resistor is a two-terminal device which is used to limit or regulate the flow of electric current, and it is a vital component in making many electronic devices. Resistors can be commonly seen printed with different colours. It generally contains four bands of colours, and it is important to calculate the resistance colour code to know the value of resistors.

What are Carbon Resistors?

There are several materials that are used to produce resistance, mainly metals and alloys like brass, platinum, nichrome and tungsten alloys. Though, unlike carbon resistors, most of these metals have low electrical resistivity.

Since the resistors are typically very tiny, it becomes a difficult task to print resistance values on them. Hence, colour bands known as resistor colour codes are printed on the resistors to represent the electrical resistance.

1) Which among the following materials has resistivities that range between 10-8 Ωm to 10-6 Ωm?

Explanation: Conductors are the types of material that allow the flow of charge in one or more directions, and metals are good conductors. So, the resistivity of conductors lies between 10-8 Ωm to 10-6 Ωm.

2) Which among the following resistors is the most commonly used variety of commercial resistors?

Explanation: A passive electrical device that restricts the flow of current is known as a wire-wound resistor. This resistor is made by winding the wires of an insulating base, and the wire is made up of an alloy like manganin. They are quite insensitive to temperature.

3) Which among the following materials has a resistivity greater than 1014 Ωm?

Explanation: Insulators offer high resistance to the flow of charges because they are the kind of material that does not conduct electric current, and thus, insulators like hard rubber Bakelite etc., have very high resistivity that ranges between 1014 to 1016 Ωm.

4) Which among the following statements is wrong regarding the colour code for carbon resistors?

a) The first significant figure is indicated by the first band

b) The second significant figure is indicated by the second band

c) The third significant figure is indicated by the third band

Explanation: All the other statements are valid except the third one because, to get the resistance value in ohms, the power of ten which is indicated by the third band, is multiplied by the first and second significant figures.

5) If the colours of the four bands are red, red, red and silver, respectively, then what will be the resistance value of the carbon resistor?

6) If in a carbon resistor, the fourth band is absent, then it indicates that there is no tolerance.

7) Which among the following type of commercial resistor is made using a mixture of the resin binder, clay and carbon black, which are eventually heated and moulded into cylindrical rods?

Explanation: Carbon resistors are made of a mixture of the resin binder, clay and carbon black, which are eventually heated and moulded into cylindrical rods and finally, the rods are bound in a ceramic jacket.

8) If the colours of the four bands are yellow, violet, brown and gold correspondingly, then what will be the resistance value of the carbon resistor?

9) If the colours of the bands are green, violet, and red, respectively, then what will be the resistance value of the carbon resistor?

2) What is an electric circuit?

3) What are insulators and conductors?

5) What do you mean by colour coding of resistors? 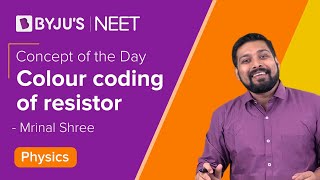 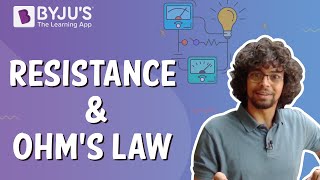 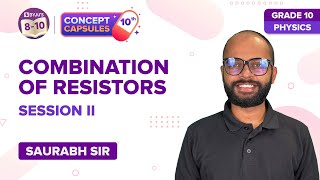 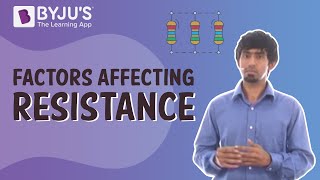