Access the latest Class 12 Physics MCQs for Chapter 10 Wave Optics, along with their answers. The MCQs with answers for Class 12 Physics are created as per the latest exam pattern. These questions will help students improve their critical thinking abilities and help them score good marks in board exams.

Check the multiple-choice questions for the 12th Class Physics Wave Optics Chapter. Each MCQ will have four options here, out of which only one is correct. Students have to pick the correct option and check the answer provided here.

1. What is the geometric shape of the wavefront that originates when a plane wave passes through a convex lens?

Explanation: A converging spherical wavefront originates when a plane wave passes through a convex lens.

2. How can the fringe width increase in Young’s double-slit experiment?

Answer: (b) By decreasing the separation of slits

Explanation: The fringe width can be increased in Young’s double-slit experiment by decreasing the separation of slits.

3. What is the locus of all particles in a medium vibrating in the same phase called?

Explanation: The locus of all particles in a medium vibrating in the same phase is called a wavefront.

4. Which of the following factors does the intensity of light depend on?

Explanation: The intensity of light depends on amplitude.

5. Which of the following light phenomena confirms the transverse nature of light?

Explanation: Polarization of light confirms the transverse nature of light.

6. Polaroid glasses are used in sunglasses because

Answer: (d) They reduce the light intensity to half on account of polarization

Explanation: Polaroid glasses are used in sunglasses because they reduce the light intensity to half on polarization.

7. Two light sources are said to be coherent when both the sources of light emit light of

Explanation: Two light sources are said to be coherent when both light sources emit light of the same wavelength and constant phase difference.

8. Which of the following is an application of the Doppler Effect?

Answer: (d) All of the above

10. Which of the following is conserved when light waves interfere?

Answer: (d) None of the above

Explanation: Intensity, amplitude, and phase are not conserved when light waves interfere.

In the tenth episode of our One-Shot series for NEET 2022, Anushri ma’am will take us through all the critical & must-know concepts of Wave Optics. 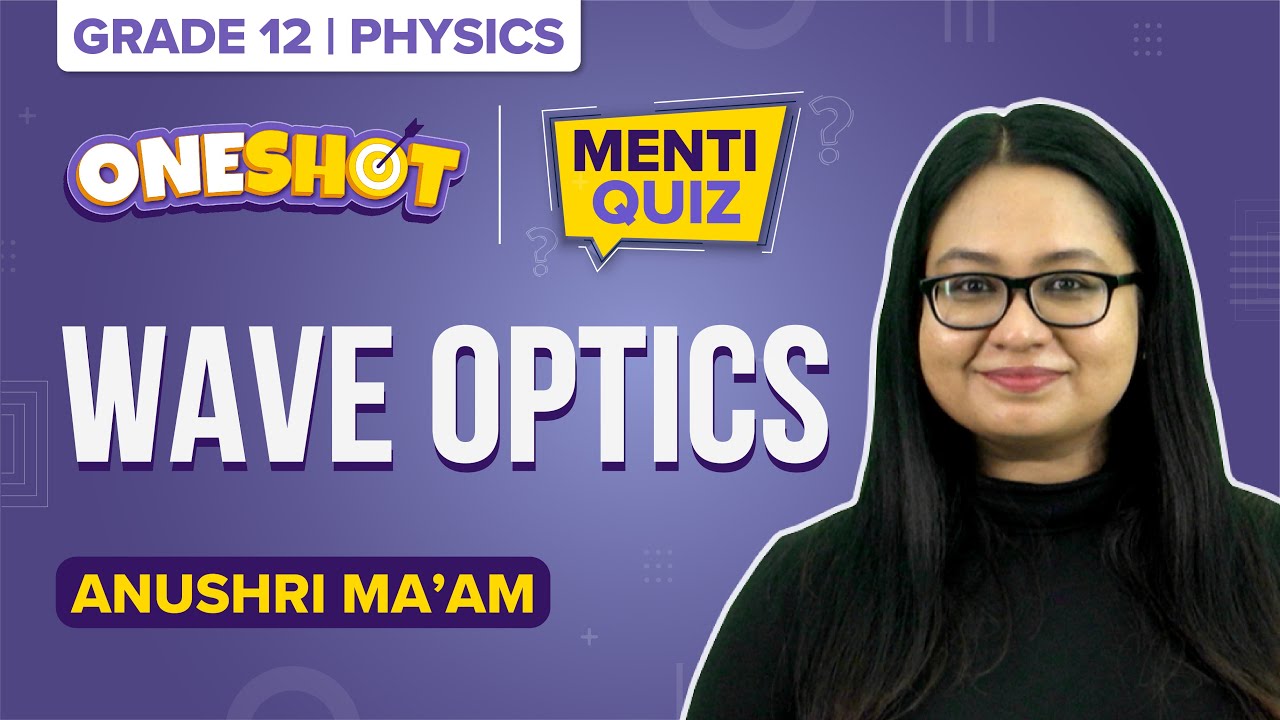