The lens is an optical medium that converges or diverges light by refraction. A lens can be made using glass or plastic.

Most lenses are spherical, which means their surfaces are parts of the spheres. Each surface can be planar, convex, or concave, as per need.

Convex lenses have thin edges and are thick in the middle. A convex lens is a converging lens since it can bend light rays inwards and converge at the focal length. Convex lenses are mainly used to correct hypermetropia or long-sightedness. They are used in cameras to focus light and produce a clear and crisp image.

1. Which of the following is a converging lens?

Explanation: Convex lens is a converging lens. It can converge to a straight beam of light.

3. When parallel light rays pass through a convex lens, the refracted rays converge at a point known as the _____.

Explanation: When parallel light rays pass through a convex lens, the refracted rays converge at a point known as the principal focus.

Explanation: A prime lens has a fixed focal length, so it does not support zooming in or out.

Explanation: Convex lens does not diverge the light; it converges the light.

6. Which lens is thinner at the centre?

Explanation: Concave lens is thinner at the centre. It gets thicker as we move towards the edges.

Explanation: The lens in the human eye is a convex lens.

A plano-convex lens is an optical lens with a convex and flat surface..

9. Which type of lens is used in a magnifying glass?

Explanation: Convex lens is used in a magnifying glass.

10. What is the formula to calculate magnification?

Magnification is given by the formula:

Wouldn’t it be super cool to just directly visualize ray diagrams? So, how about we make a visual aid to unravel the hidden mystery of light! Watch the video to know more! 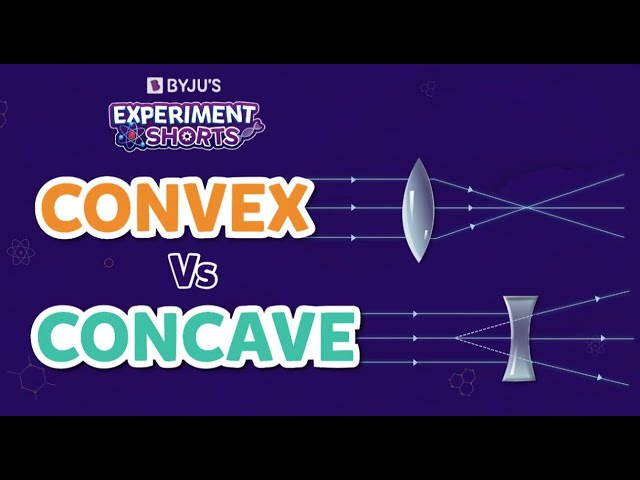