A wave which travels continuously in a medium in the same direction without the change in its amplitude is called a travelling wave or a progressive wave.

In this section, we will derive a function that will describe the propagation of a wave in a medium and gives the shape of the progressive wave at any instant of time during its propagation.

We can write the above equation as a linear combination of sine and cosine function as,

The equations (a) and (b) represent the transverse wave moving along the X-axis, where y(x,t) gives the displacement of the elements of the string at a position x at any time t, hence, the shape of the wave can be determined at any given time.

The parameters that completely describe a harmonic wave are ‘a’, ‘φ’, ‘k’, and ‘ω’, where a is the amplitude, φ is the initial phase change, k is the angular wavenumber and ω is the angular frequency. Let us now learn in detail what these quantities represent.

The argument (kx – ωt + φ) of the oscillatory term sin (kx – ωt + φ) is defined as the phase of the function. It describes the state of motion of the wave. Points on a wave which travel in the same direction, rising a falling together, are said to be in phase with each other. Points on a wave which travel in opposite directions to each other, such that, one is rising while the other is falling, are said to be in anti-phase with each other. 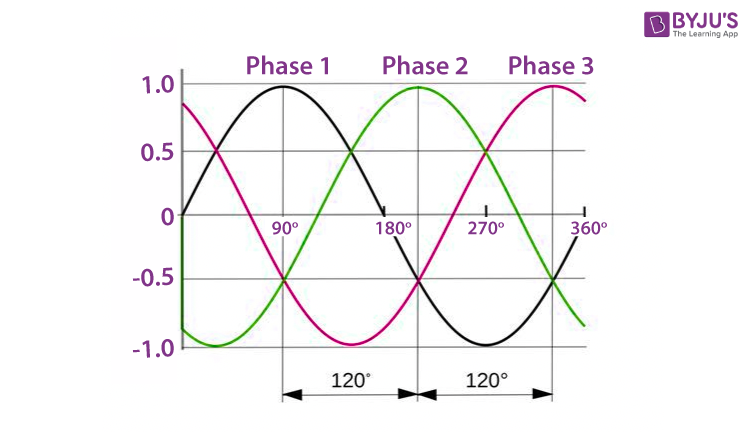 Wavelength (λ) is the distance between two identical points such as a crest or a trough on a wave parallel to the direction of propagation of the wave. It can also be defined as the distance over which the wave shape repeats itself. It is measured in metres (m).

The wavenumber is the spatial frequency of a wave, in terms of cycles per unit distance. It can also be defined as the number of waves that exist over a specified distance, analogous to the concept of frequency.