Kepler’s Laws for planetary motion is found by Johannes Kepler and is stated as below. 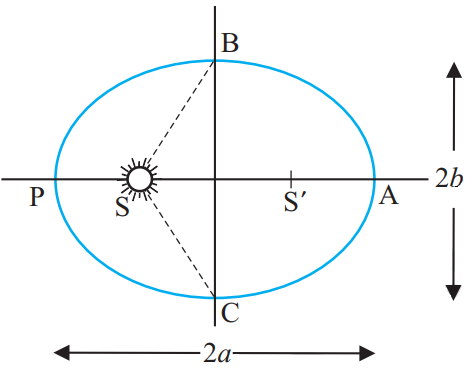 Kepler’s first law states that “All planets move around the sun in elliptical orbits with the sun at one focus”.

Explanation: An ellipse traced out by a planet around the sun. The closest point is P and the farthest point is A, P is called the perihelion and A the aphelion. The semimajor axis is half the distance AP.

Kepler’s second law states that “The line joining a planet to the Sun sweeps out equal areas in equal interval of time”. 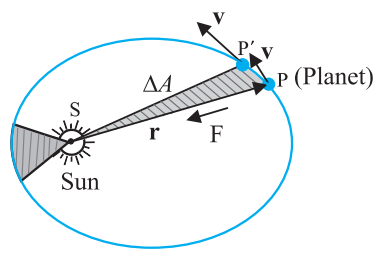 ∆A is the area swept

∆t is the time interval

Kepler’s third law is generalised after applying Newton’s Law of Gravity and laws of Motion.

M1 and M2 are the masses of the orbiting objects