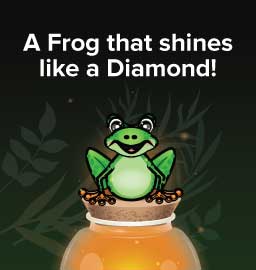 Shine on, You Croaky Diamond!

During the lockdown, amidst the tales of curious animals casually taking a stroll in our neighbourhood and wildlife returning to unexpected places, a group of scientists in Madagascar was busy studying a new species of frog.

This frog belongs to the genus Rhombophryne that has doubled in diversity over the last decade. The frog has a golden shiny layer with orange flash-markings on the legs and large black spots on the hip. The lead researcher, Dr Mark D. Scherz, described this distinctive frog as a new species of diamond frog found in this island country of Eastern Africa. 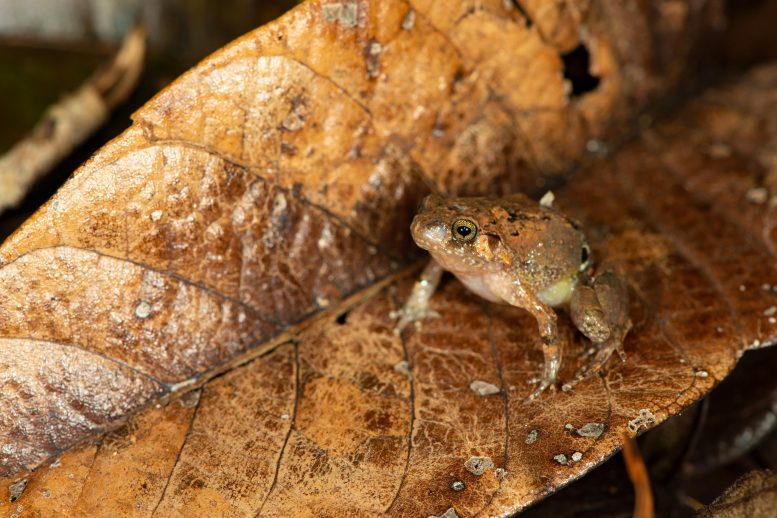 Nature plays a significant role in the growth and development of all the species. A sudden change in nature, like bad weather, a cyclone, or a land erosion, forces many species to adapt to the situation. This is due to their innate ability to assess risk as they grow. This change also forces some species to change their habitat. One such change in nature forced these rare diamond frog species to come out from their hidden places. This bright and shiny species, Rhombophryne ellae, was caught just as Cyclone Ava was moving in on Madagascar a few months ago.

When it comes to biodiversity, Madagascar flaunts a plethora of flora and fauna. Its rich diversity offers scientists a wealth of surprises, leading them to discover and study numerous new species. One such place that is widely known for its endemic diverse flora, fauna, waterfalls, and crater lakes is the national park of northern Madagascar, the Montagne d’Ambre. This rare species of diamond frog was first noticed in this park.

Its ecosystem and extraordinary wildlife is so distinct that approximately 80 percent of its reptiles, mammals, and plant life exist nowhere else on Earth.

Here is a list of unique and fascinating species found only in Madagascar. 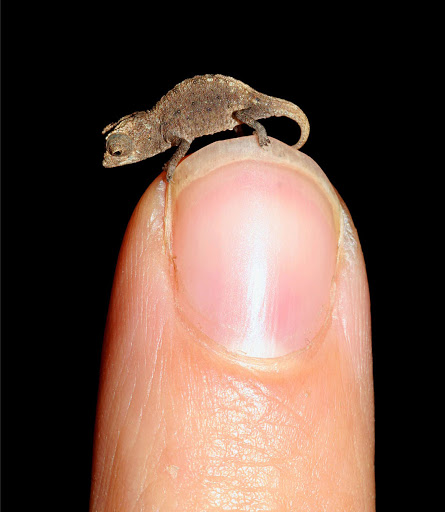 Madagascar is home to the world’s smallest chameleon called Brookesia micra. The chameleon is so tiny that it can crawl on the nail of an adult human fingertip. According to researchers, the chameleon reaches a maximum size of 16mm. 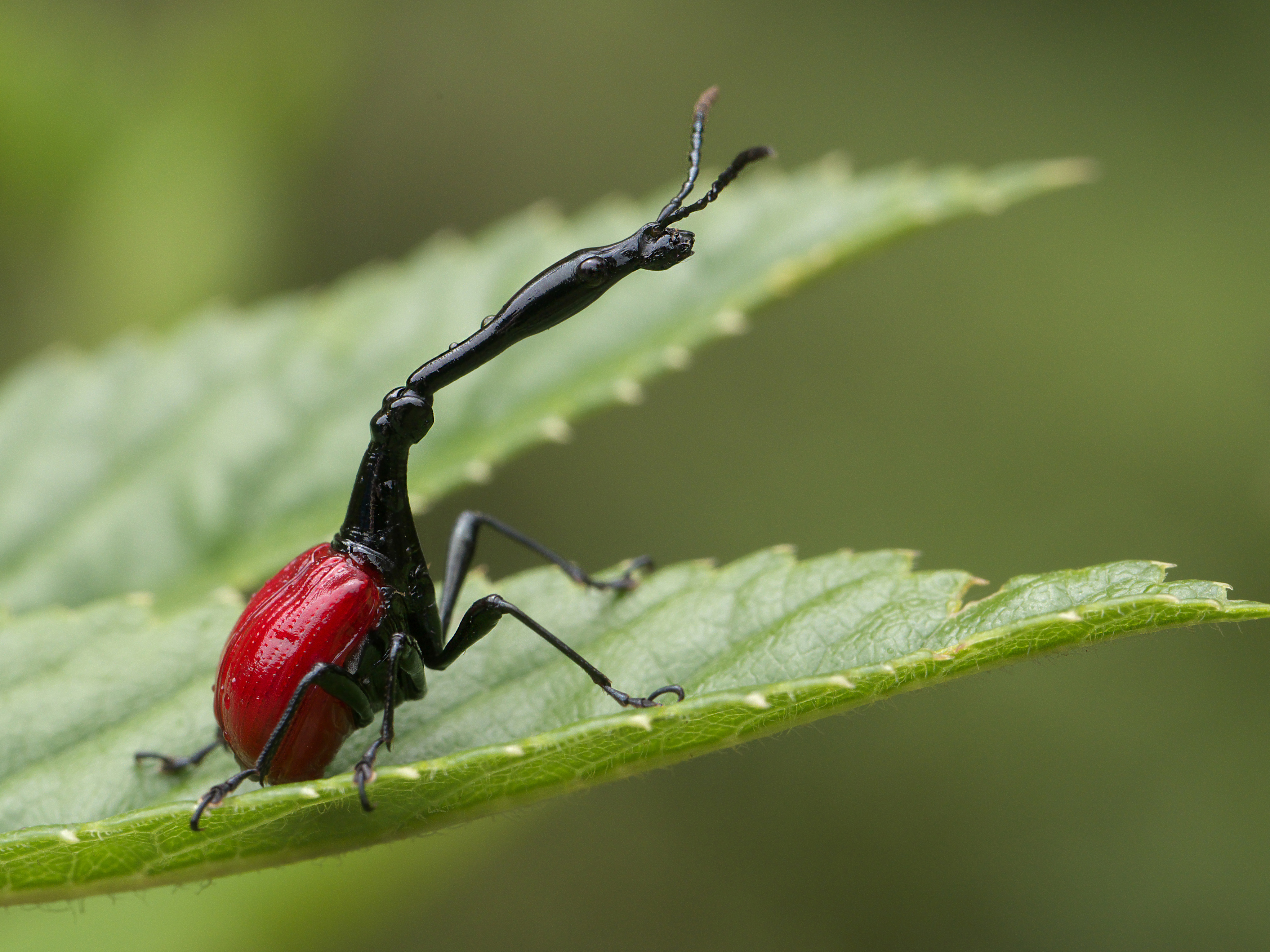 The giraffe necked weevil spends their entire lives on a tree known as the ‘giraffe beetle tree’ that serves them with food and shelter.

This fascinating-looking, bright-red-winged rainforest beetle gets its name due to its enormously long neck. The beetle can use its extended neck to battle for a mate, but it also has the strength to bend and roll up a large leaf to protect its egg. Most of its body parts are black and it grows to an average height of 2.5cm. 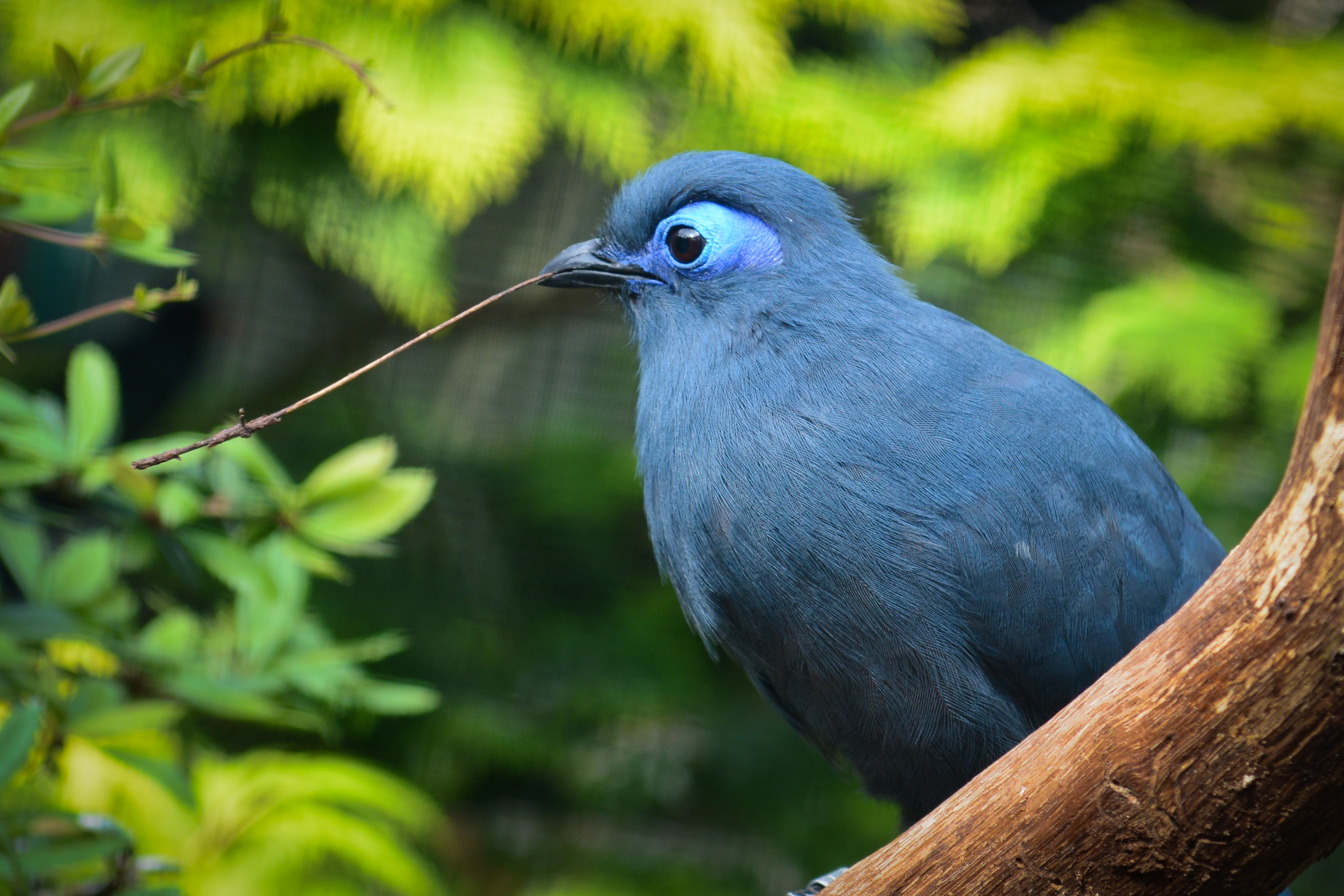 The Blue Madagascar Coucal is an omnivore and resides in subtropical or tropical dry forest in Madagascar.

Also called the Madagascar Coucal, the blue coua is known for its striking deep blue feathers. Although belonging to the family of cuckoo birds, the blue coua is not parasitic like the cuckoo and builds its own nest with leaves and twigs. They lay only one egg during their breeding period and hence hide their nest in trees and bushes. Interesting, isn’t, it? 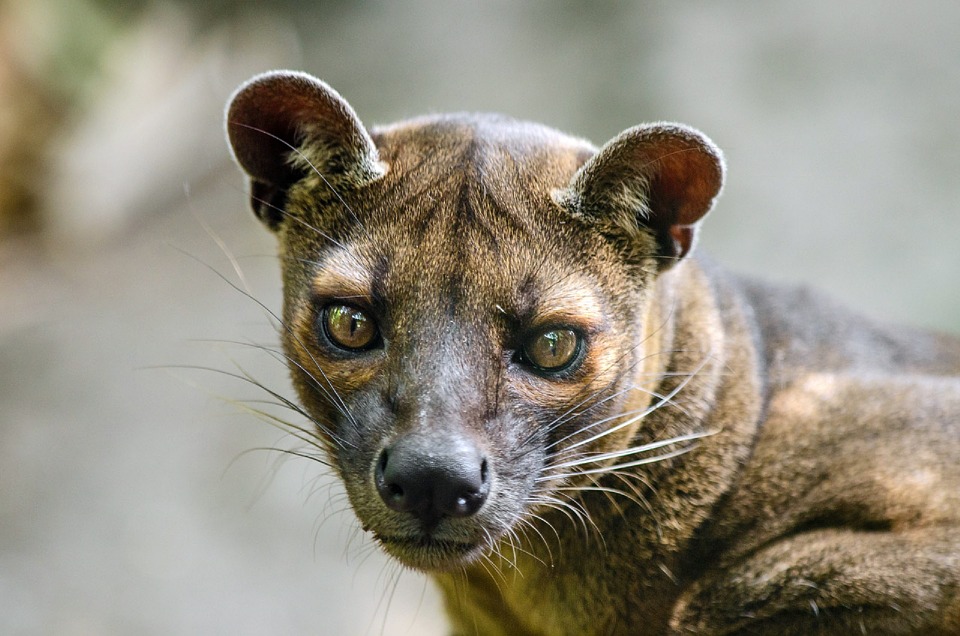 Found only in the deep forest of Madagascar, Fossas are really quick and can travel up to 25 kilometers in a day.

They are the largest carnivores found only in Madagascar. They are strong with a muscular body and a short reddish-brown coat and are agile climbers. Fossas look  like a cross between a cat, a dog, and a mongoose. They have small cat-like heads, short, dog-like muzzles and have large rounded-ears. Considering that Fossas are the largest land carnivores found in Madagascar, they grow up to an average height of just 73 cm.

A magical land in the Indian ocean, Madagascar is home to some of the most unique and rare species of wildlife in the entire world. Its forest never ceased to amaze scientists and with the discovery of the new diamond frog, the forest opened yet another of its secret doors to evolution.

What will be the next evolution of these diamond frogs? Tell us in the comments below.

Liked this story? Read more such interesting stories in The Learning Tree blog