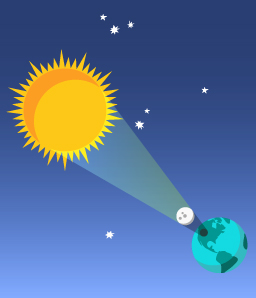 The Rare Annular Solar Eclipse of 2019

Eclipses have always piqued curiosity in human beings and have been associated with several cultural myths and legends. While stories related to these eclipses are always interesting to listen to, the science behind them will surely fascinate you. And one such fascinating eclipse that we are going to witness on 26th December is the annular solar eclipse. Let’s learn more about it.

The rare Annular Solar Eclipse of this decade

If you are interested in the study of space, here’s your best moment as a sky watcher. You can witness the rarest annular solar eclipse of this year on 26th December 2019(Thursday) at 8 am IST. The eclipse will cover parts of Asia, Europe, Australia and Africa. The ring of the sunlight will glow for about 3 minutes and 39.5 seconds. With this, the annular eclipse will be the third and the final solar eclipse of this decade. This solar eclipse will cross in a south-eastern direction and will touch Karnataka, Kerala and Tamil Nadu. After this, the next Annular Solar Eclipse for these parts will be 400 years later. So make sure you don’t miss it!

Pro tip: While you are preparing to watch this beautiful ‘ring of fire’, don’t forget to wear eye protection first.

What is a Solar Eclipse?

An eclipse of the sun occurs when the moon moves in between the Sun and the Earth, thus blocking the sun rays and casting a shadow in certain parts of the Earth.  A solar eclipse can only take place at the phase of the new moon. Depending on the alignment, the moon can partially or fully cast its shadow on the portion of the earth, which is the closest to the moon at that time.

Did you know: An eclipse never comes alone! A solar eclipse usually occurs in about 2 weeks before or after a lunar eclipse.

Depending on the alignments of the sun, the moon and the Earth, there are four types of solar eclipses.

This occurs when the moon partially covers the Sun’s disk and cast only the penumbra (the lighter outer part of a shadow) on Earth.

This occurs when the Moon’s disk is not big enough to cover the entire Sun and thus a neat ring is visible around the Moon.

This occurs when the Moon completely covers the Sun. The part of the Earth, which falls under the total solar eclipse, experiences a total darkness for a few minutes.

Also known as Annual-total Solar eclipse, the hybrid solar eclipse is a mix and is one of the rarest types.

In case you miss witnessing this annular solar eclipse, watch out for the next one on 21st June, 2020 (Sunday).

Was this article helpful? Do let us know in comments below.