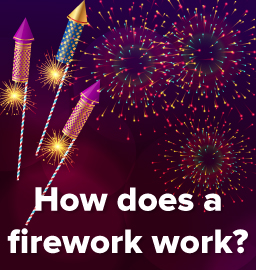 What Are Fireworks Made Of?

For what its worth, there’s one thing truly undeniable about fireworks – they look gorgeous in the sky. The reason why people find firecrackers so difficult to resist, despite the air pollution, is the amazing visuals they provide!

While lighting up a firecracker during Diwali,  it’s all about fun and festivities, but have you ever wondered what actually happens behind the scenes? Firecrackers are actually all about engineering the right chemicals in the right proportions to create the right explosions. Yes, all the wildly entertaining fireworks that stir up a variety of emotions in us are nothing but a series of chemical reactions!

So let’s take a look behind the boom and see exactly what goes into creating fireworks!

Pyrotechnics – The science of making fireworks

The word pyrotechnics derives from the Greek words – ‘pyre’ (fire) and ‘tekhnicos’ (made by art). Pyrotechnics is the science of creating exothermic reactions  (i.e reactions that release heat) to create heat, light, gas, smoke or sound. Pyrotechnics is used in creating fireworks, explosive bolts, oxygen candles, parts of automotive airbags, gas pressure blasting in mining and quarrying, and demolition amongst other things.

Making a firework involves three components –  an oxidiser, a fuel and some special chemicals for the colours. Oxidisers are chemicals that are needed to create fire, i.e these cause the chemicals to lose electrons. They use oxygen in the air to create fire. The most commonly used oxidizers are nitrates, chlorates and perchlorates. The fuel’s job in fireworks is to combine with the oxygen released by the oxidiser, breaking the chemical bonds in the fuel. This releases the energy in those bonds and leads to the explosion! The most commonly used fuels are charcoal or sulphur. To start these chain of chemical reactions, all you need is a bit of fire.

The Body of a Firework:

Usually, an aerial firework is made up like a shell, which has four major parts to it- 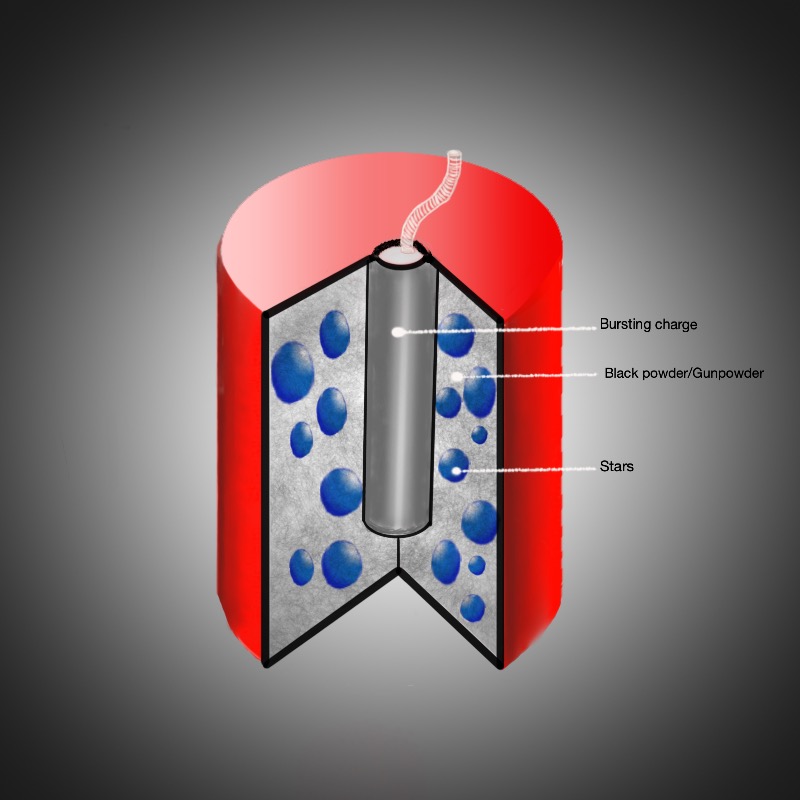 How do you get colours in a firework?

The colours in firework are made up of two components – the colourant and the binder. The colourant chemicals give fireworks the colours that we see when it bursts. The binder is what binds with the fuel that burns up the colourant. Colourants are created by using metallic salts. Salts in Chemistry refer to an ionic compound that contains a cation (base) and an anion (acid) i.e. Acid + Base = Salt + Water. There are different types of salts. One of the types is called metal salts. Some of the metal salts create intense colours when they are burned, which is why they’re used in fireworks.

Different colours come from using different chemicals. For instance, calcium salts produce an orange glow whereas copper salts produce a bright blue colour. Check out some more salts and their respective colours below: 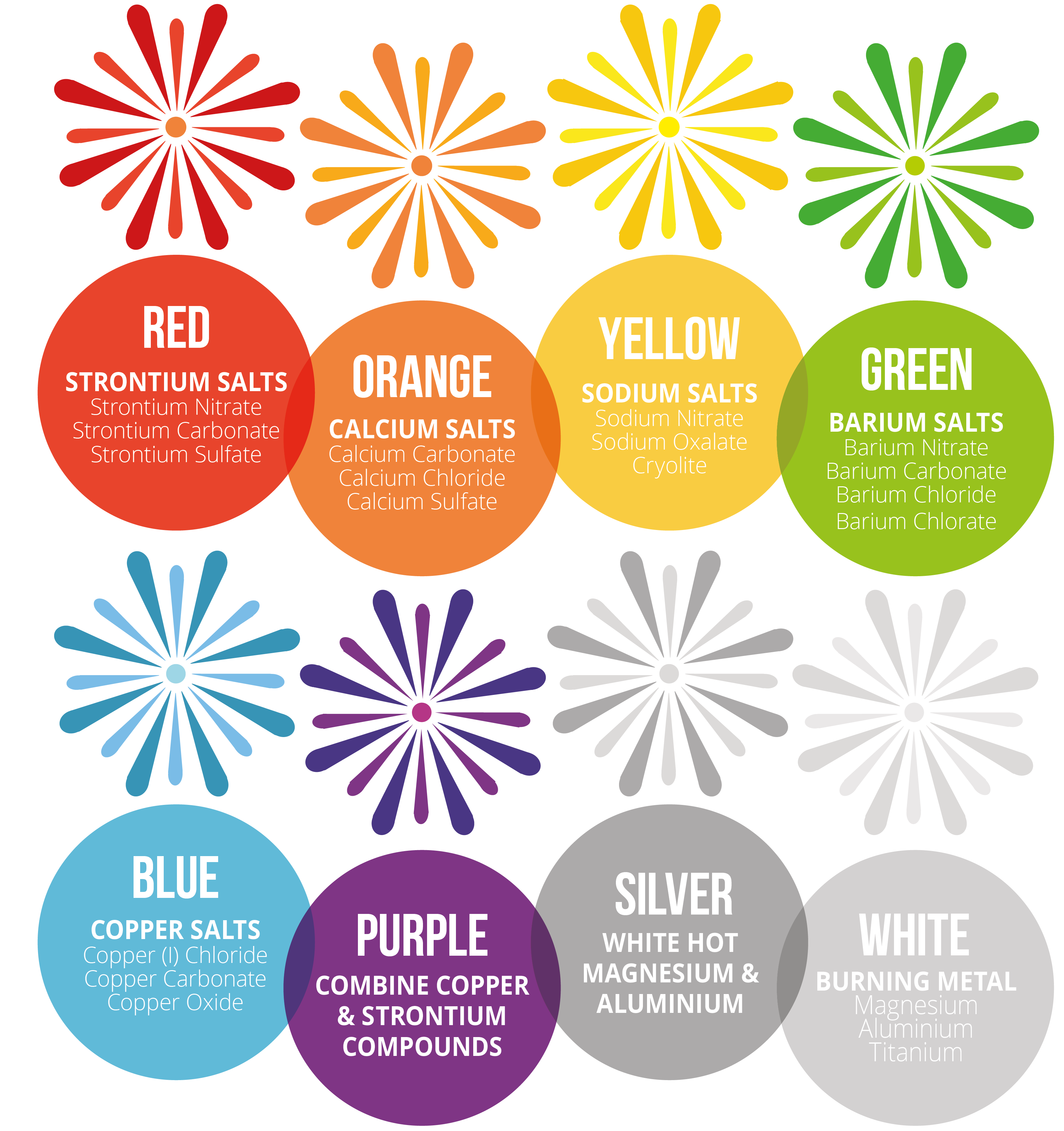