A student should make it a habit to solve previous year question papers regularly so that they prepare for their exams in a better way. With the help of these previous year papers, students can analyse the strength and weaknesses of the subject. After analysing, they should work on those points and improve them. Thus, TN Board Class 10 Science Solved Previous Year Question Papers 2019 is indeed the best resource for the students to prepare most efficiently for the board exams. Students can first solve the question paper themselves and then refer to the TN Board Class 10 Science Solved Previous Year Question Papers 2019 to self gauge their performance and preparation level. 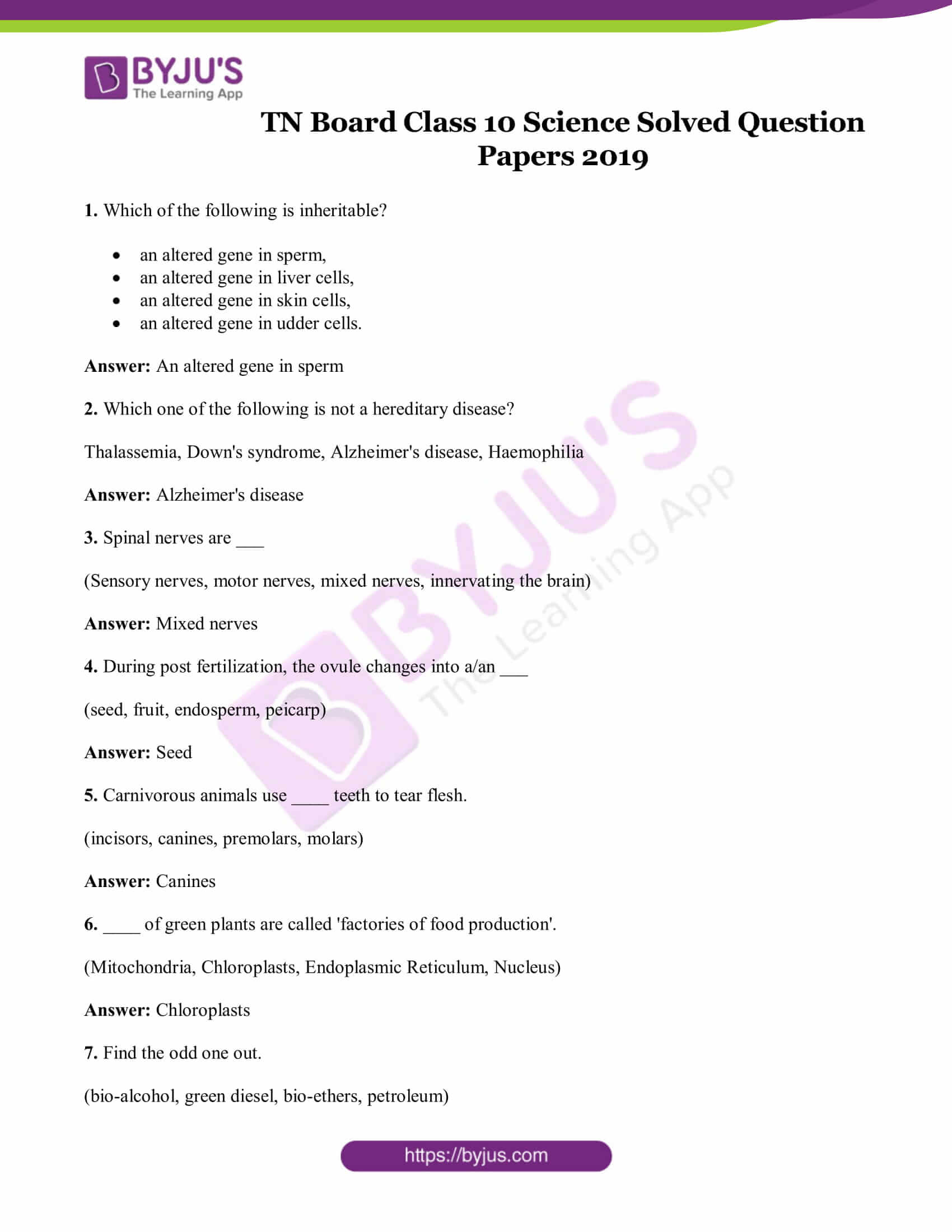 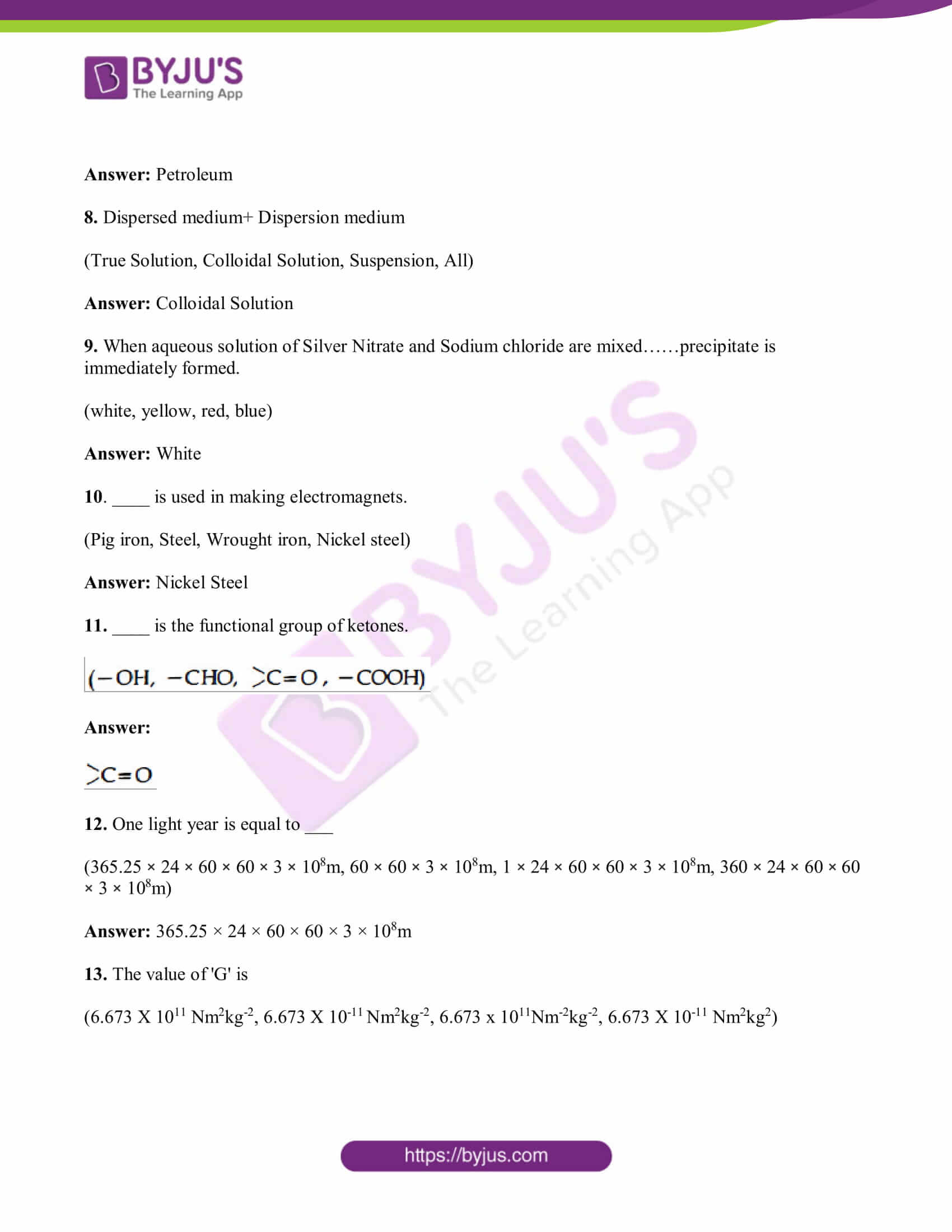 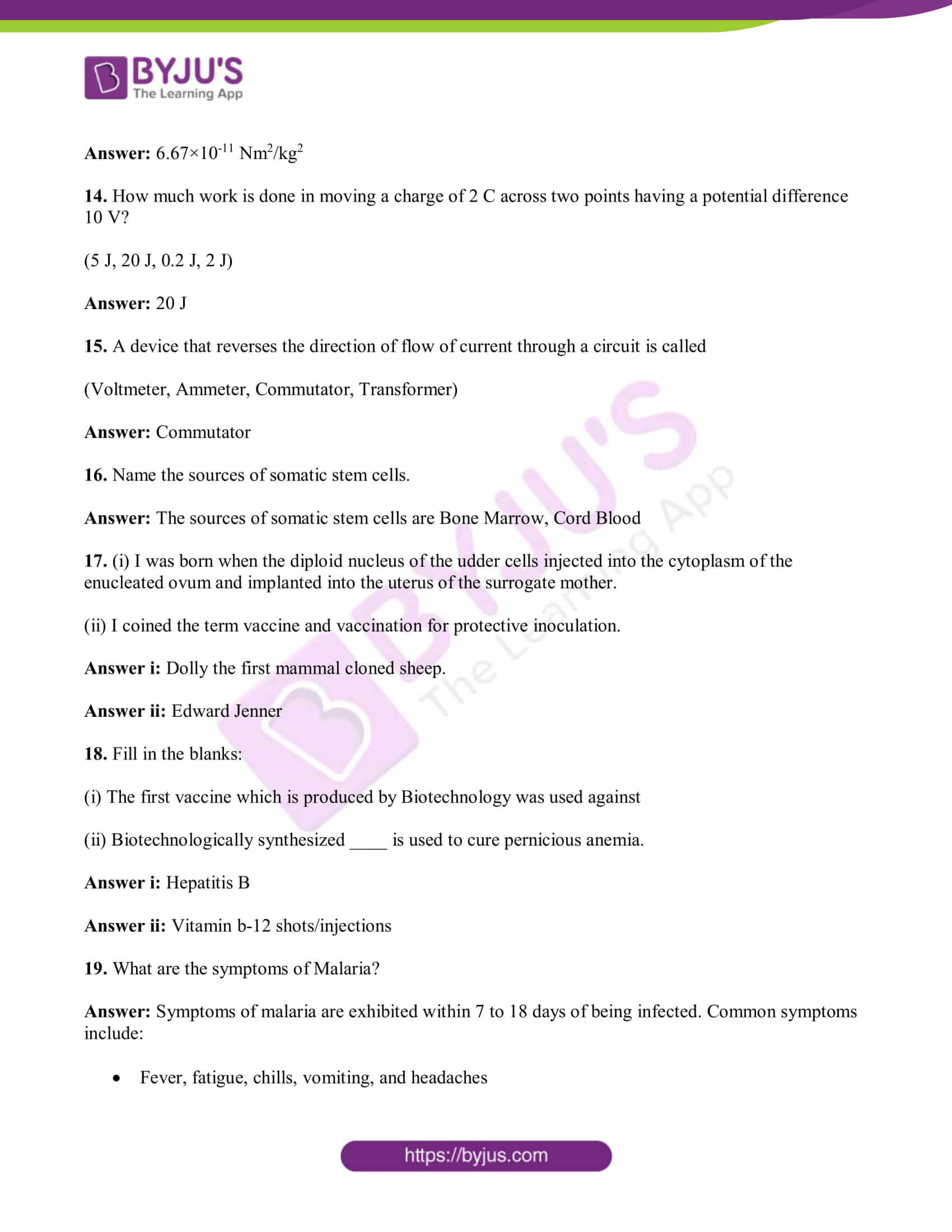 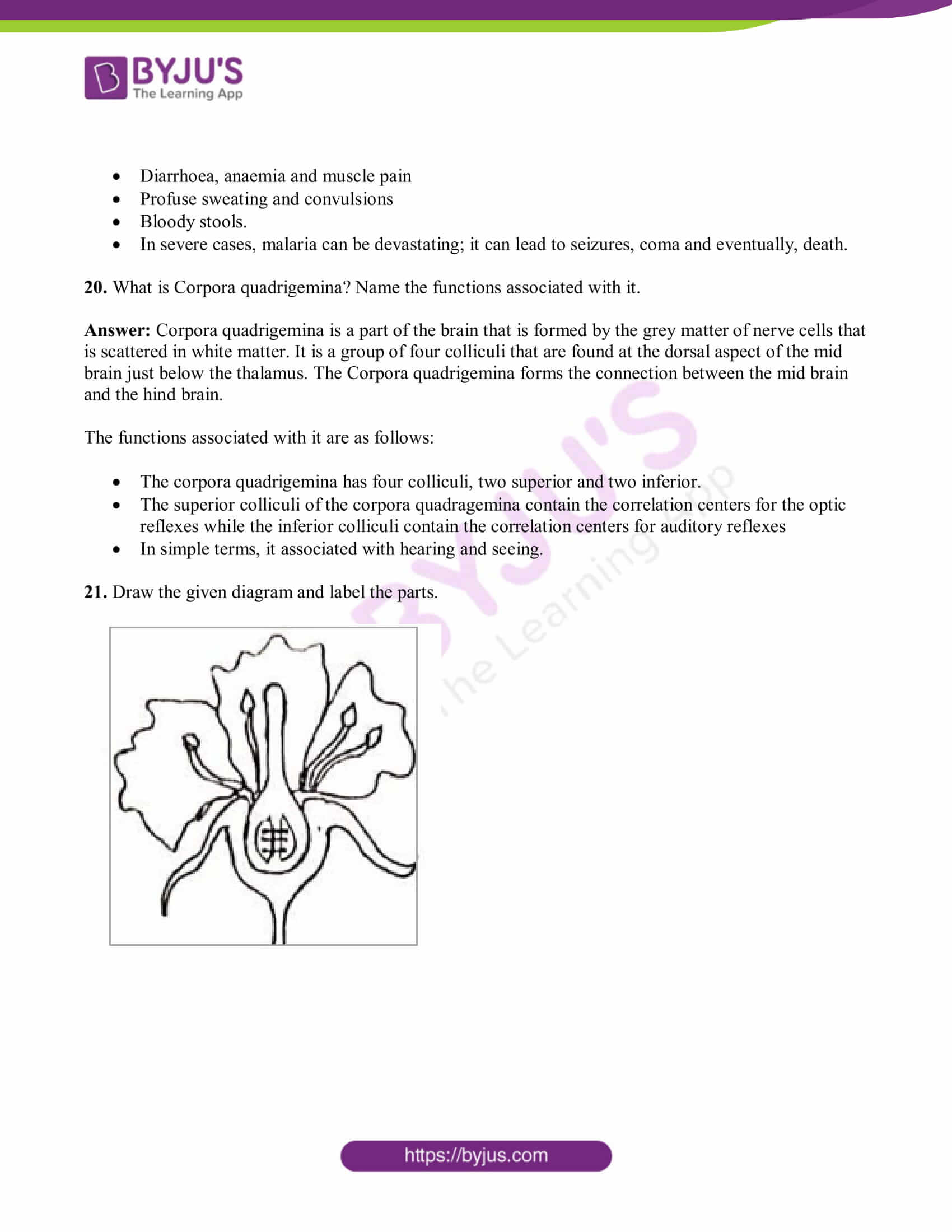 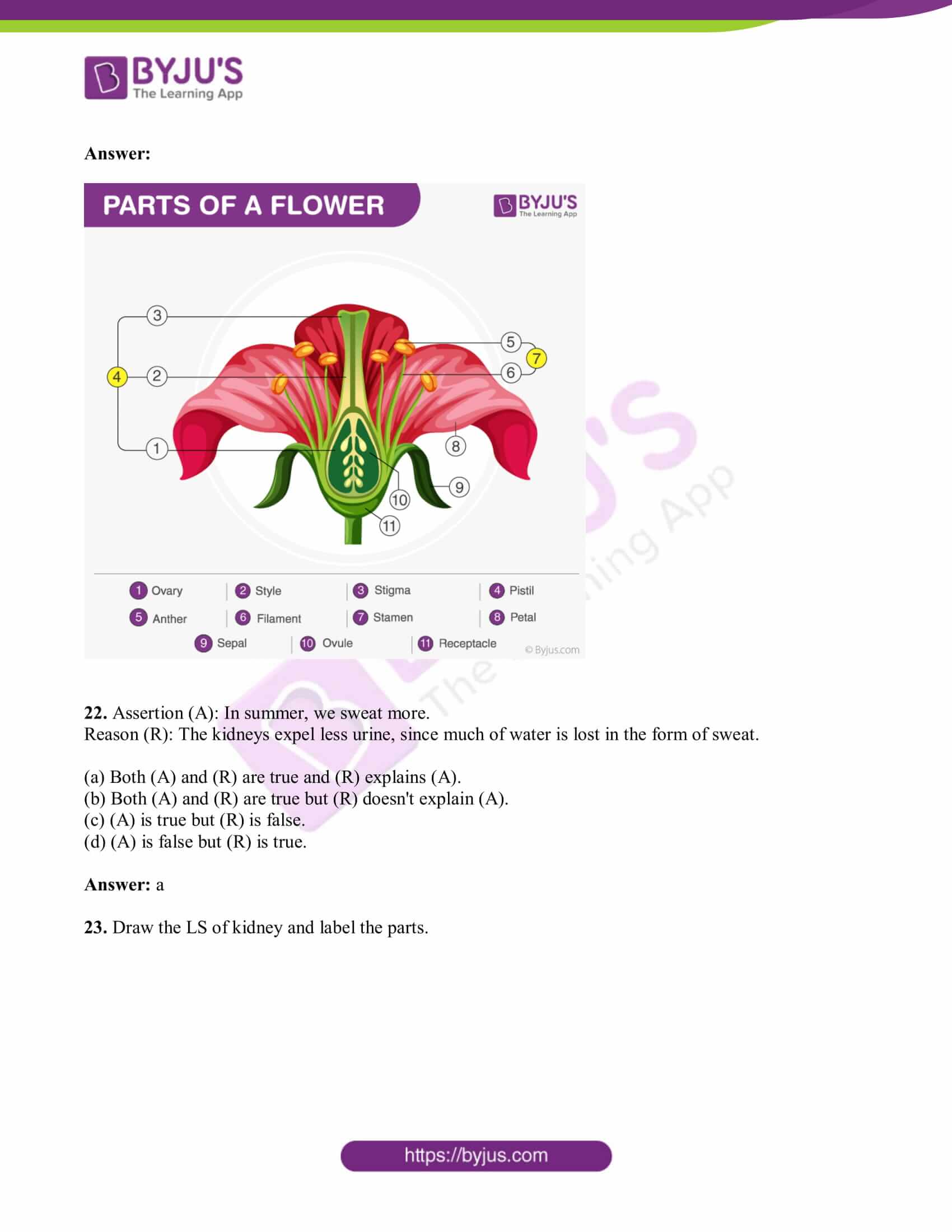 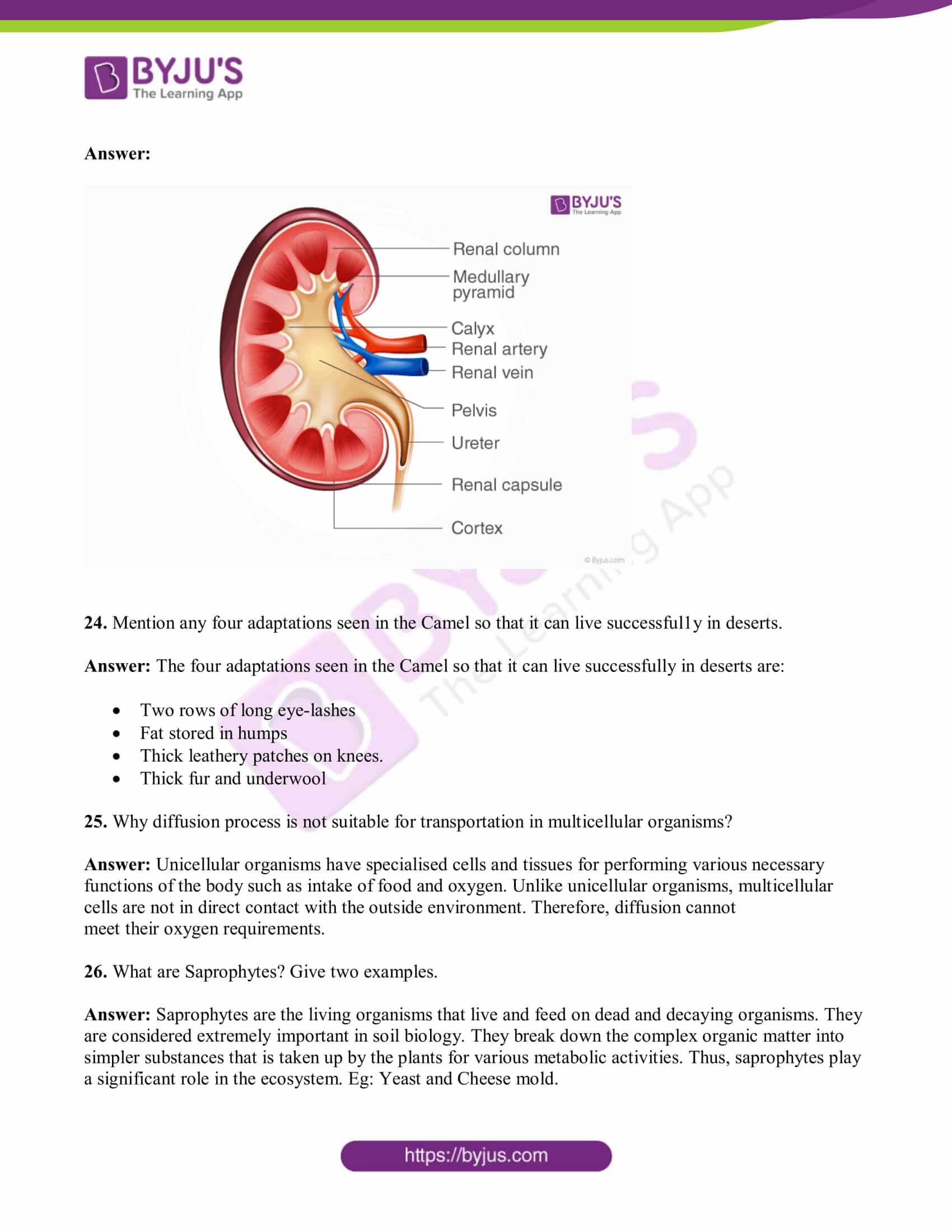 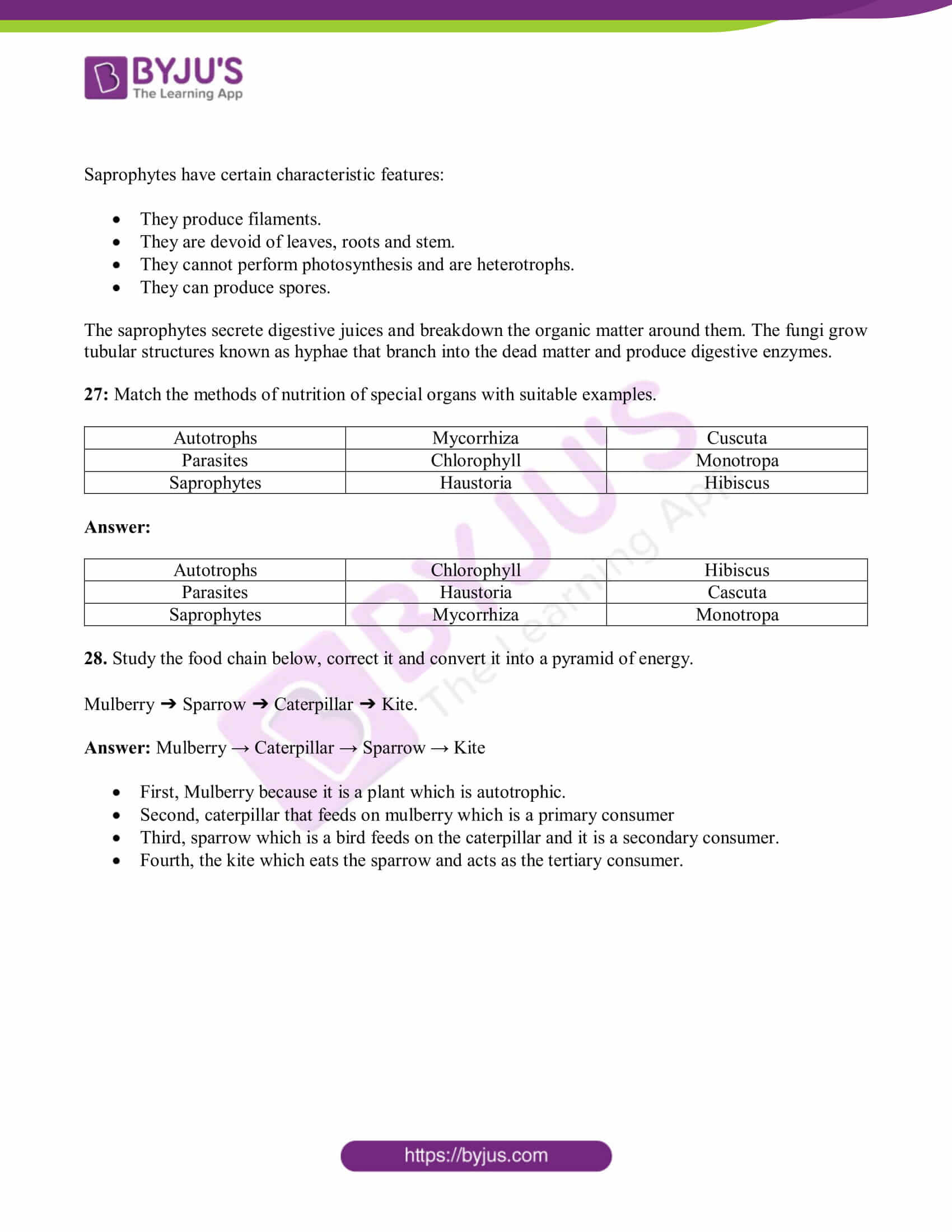 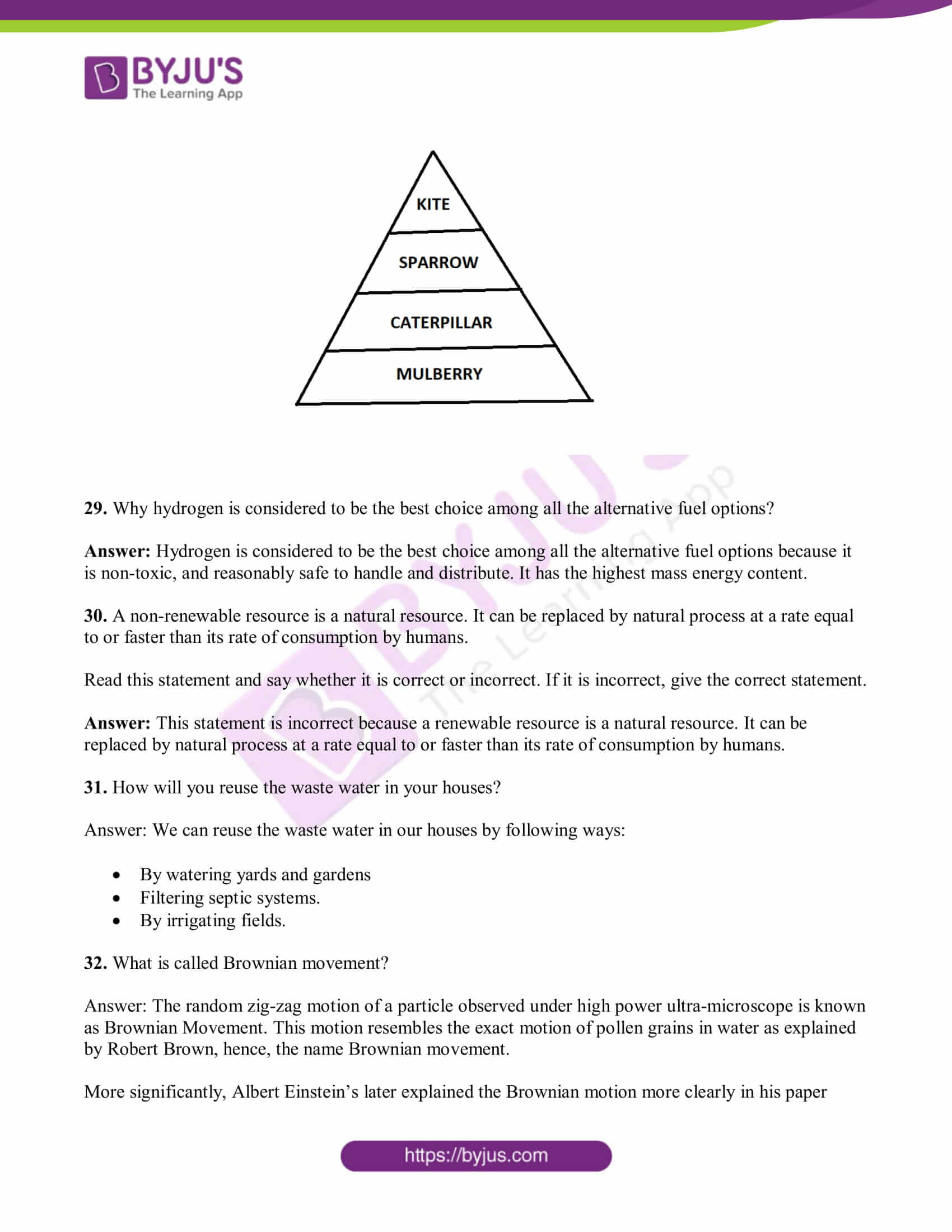 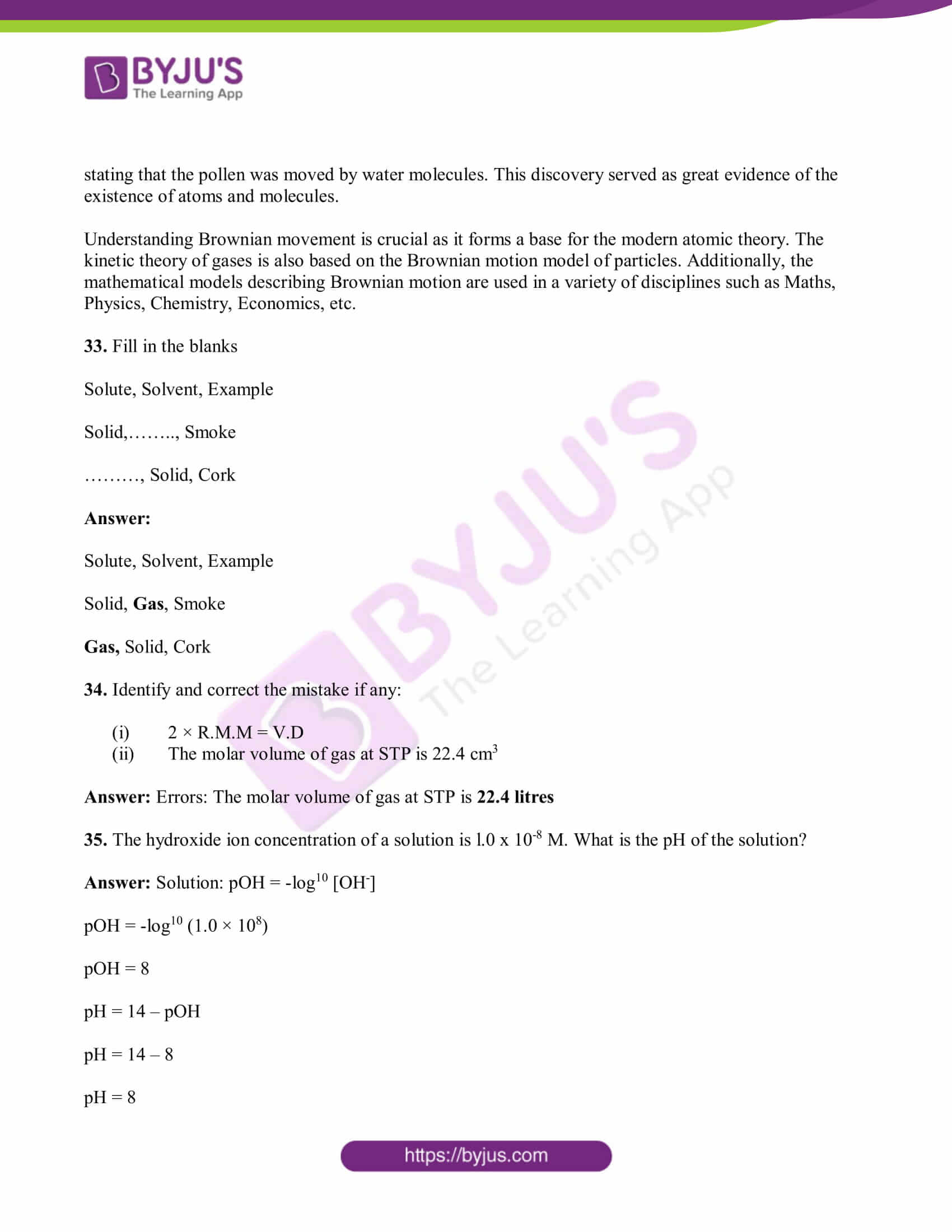 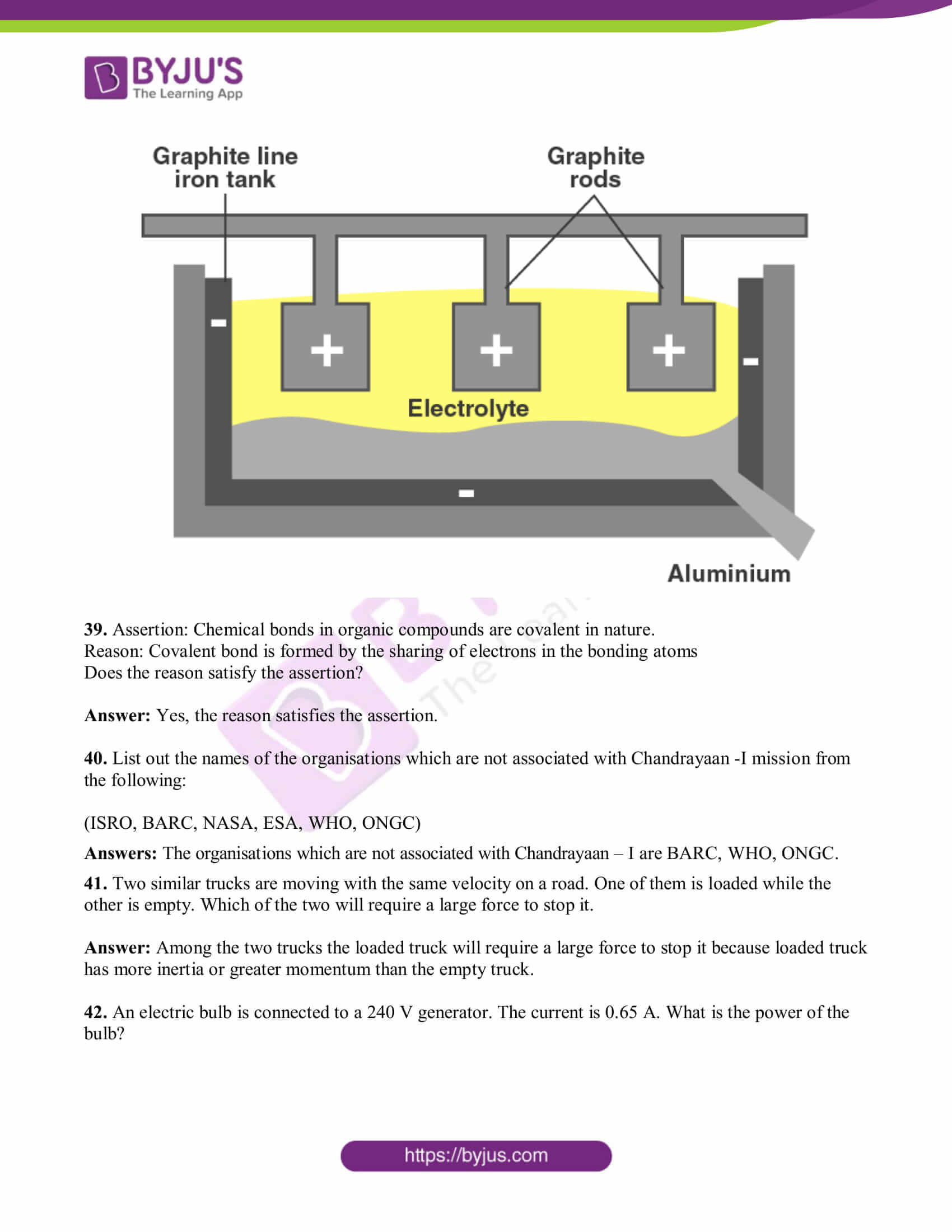 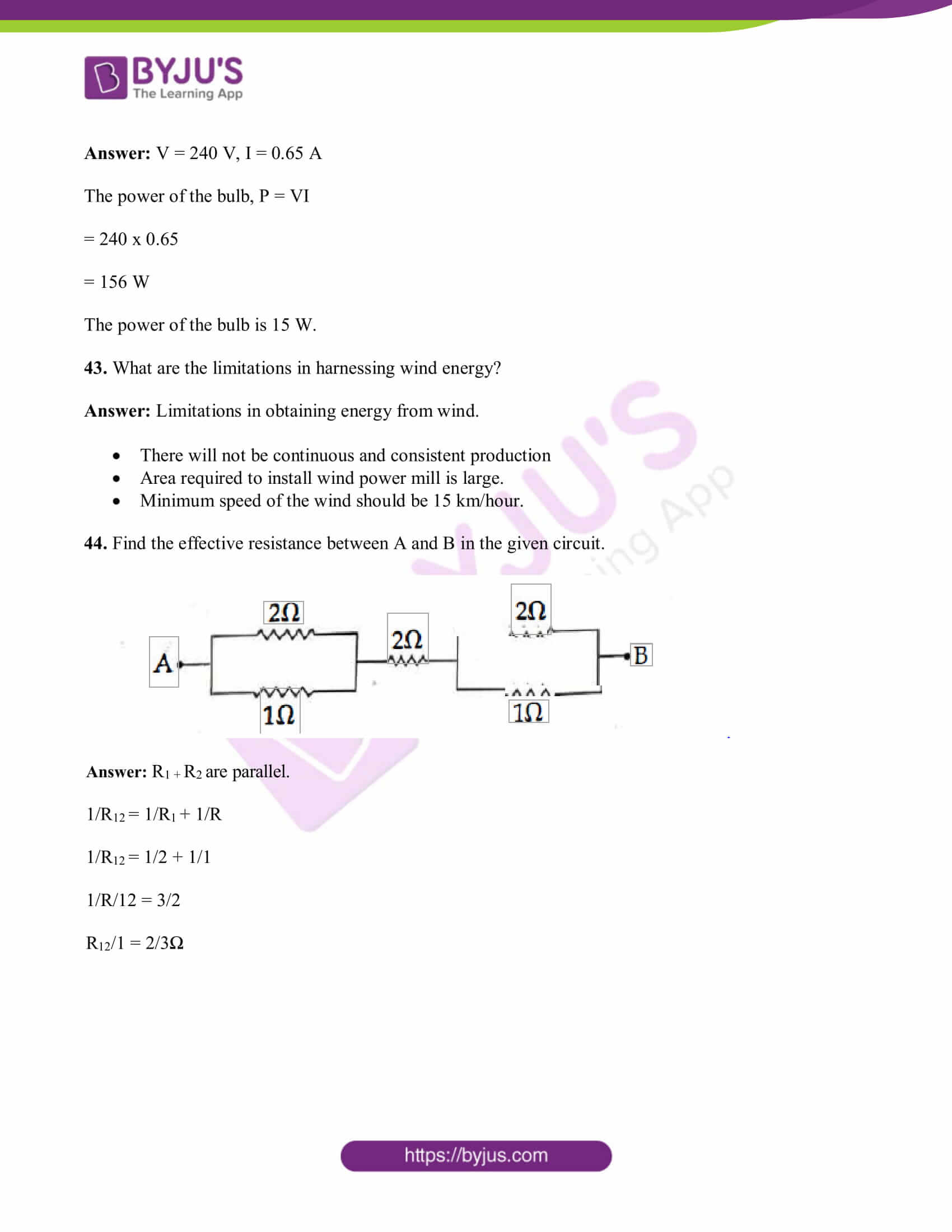 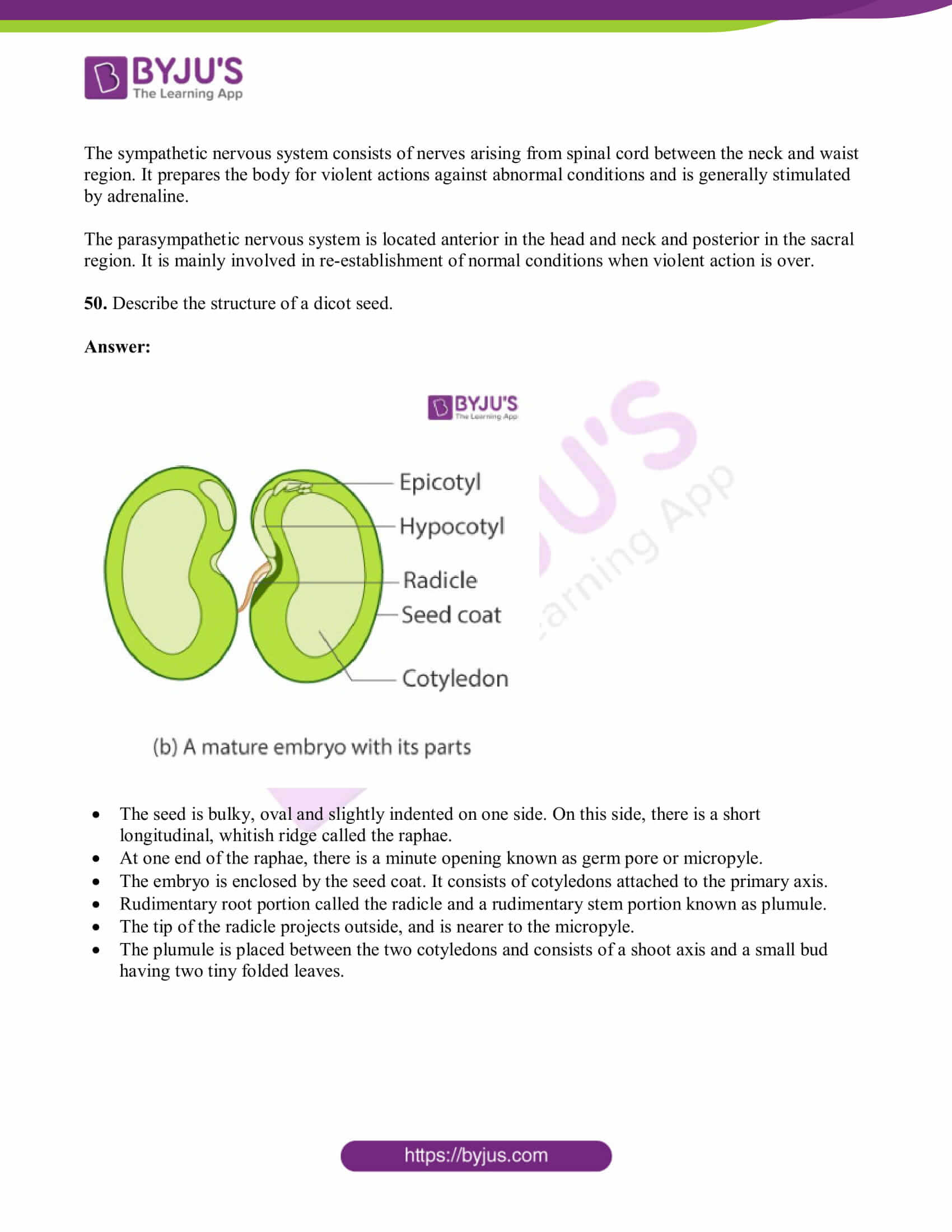 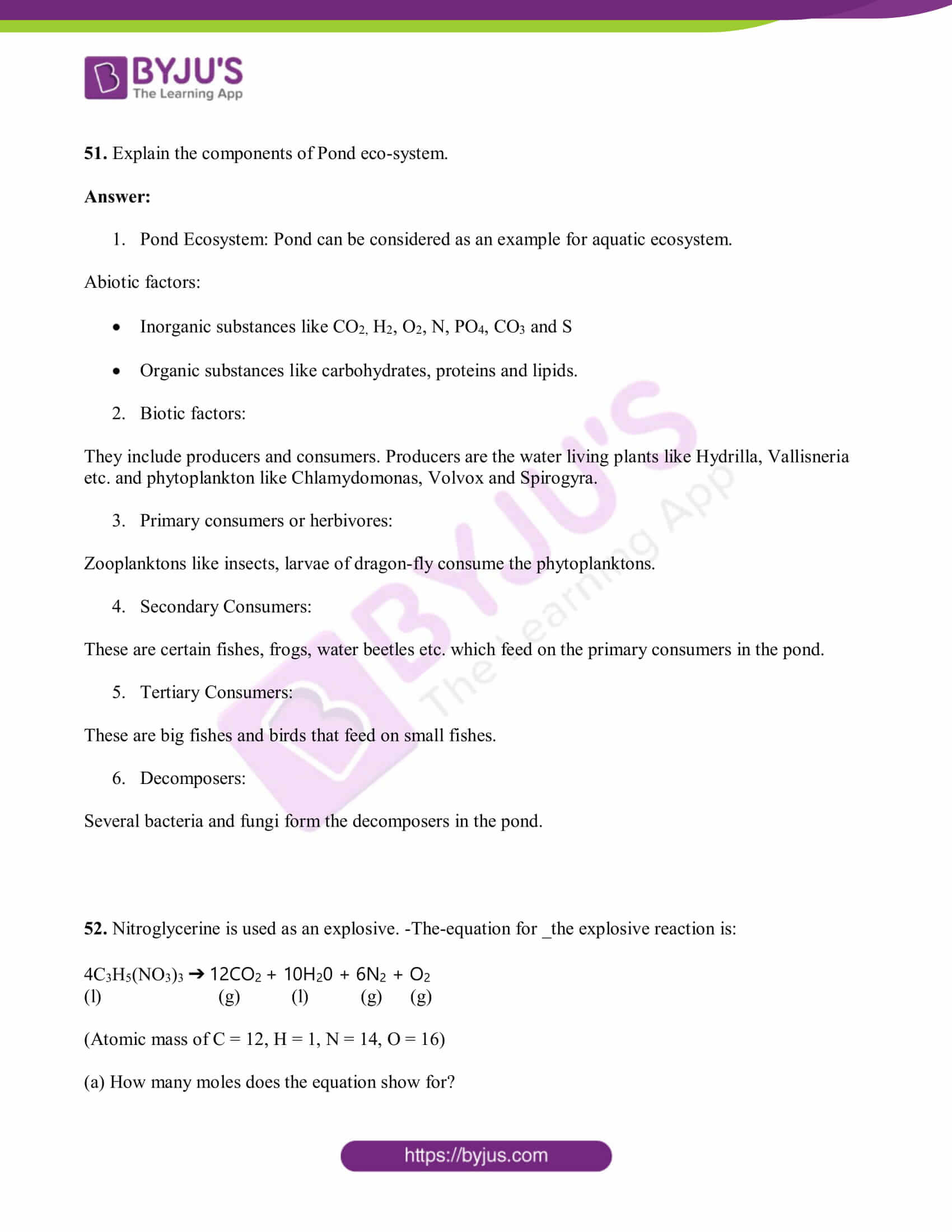 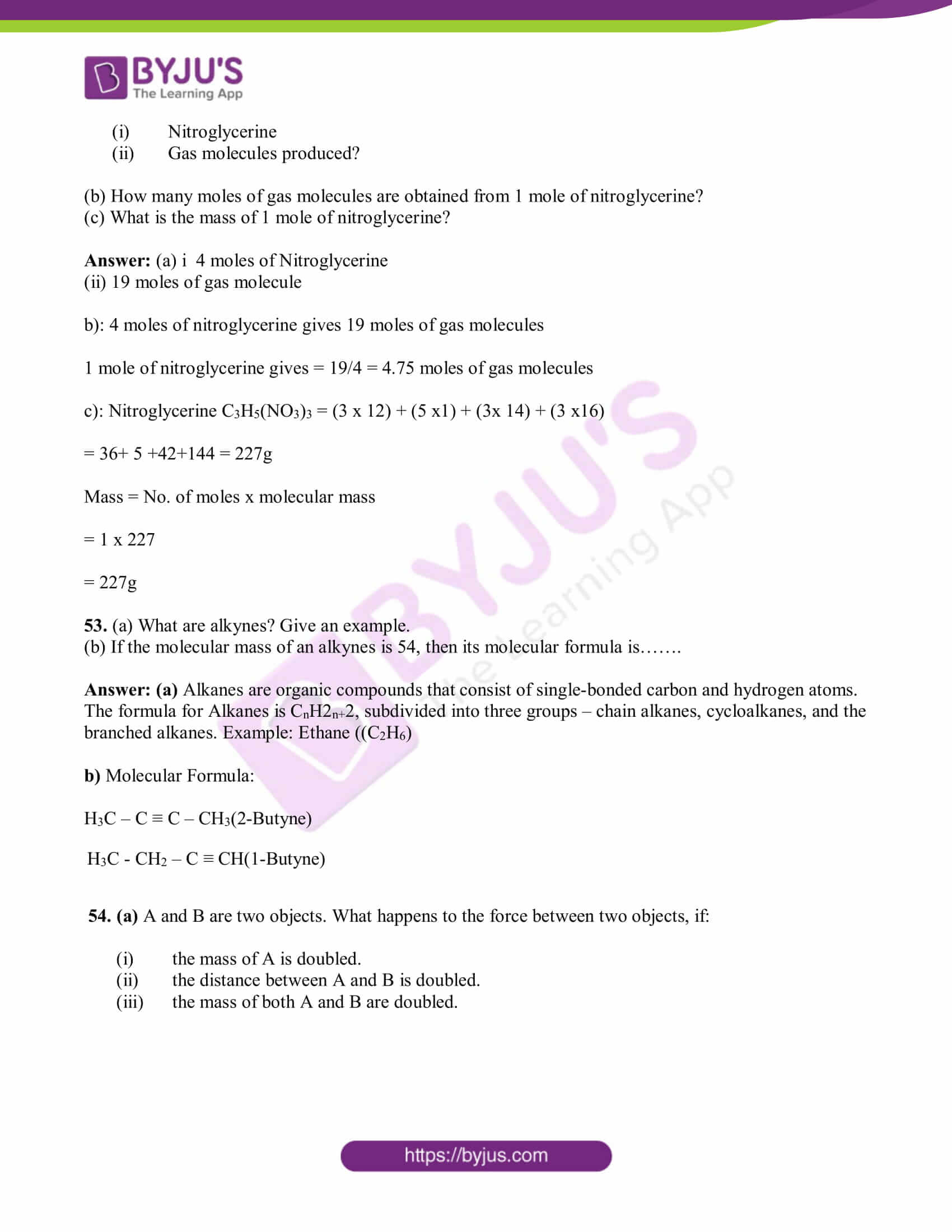 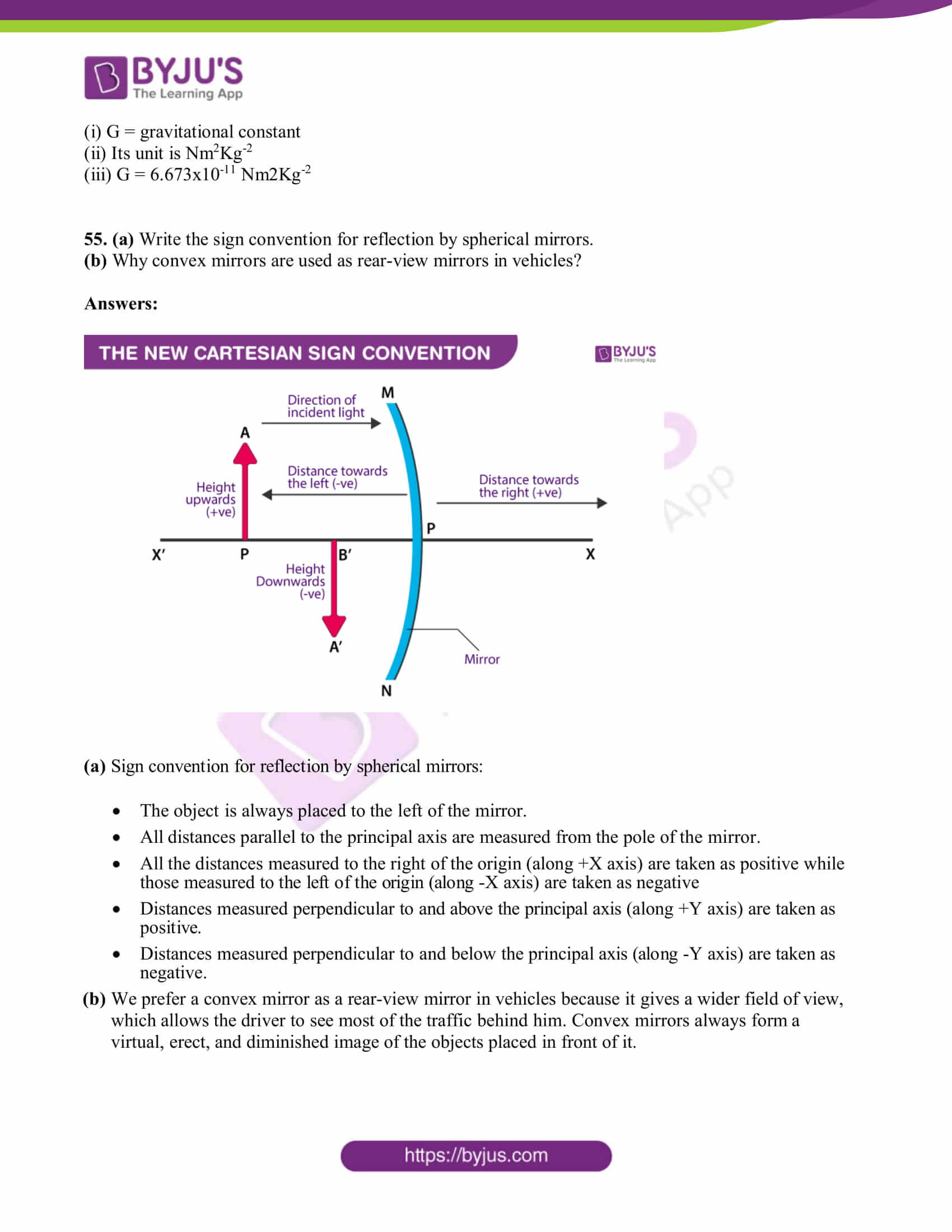 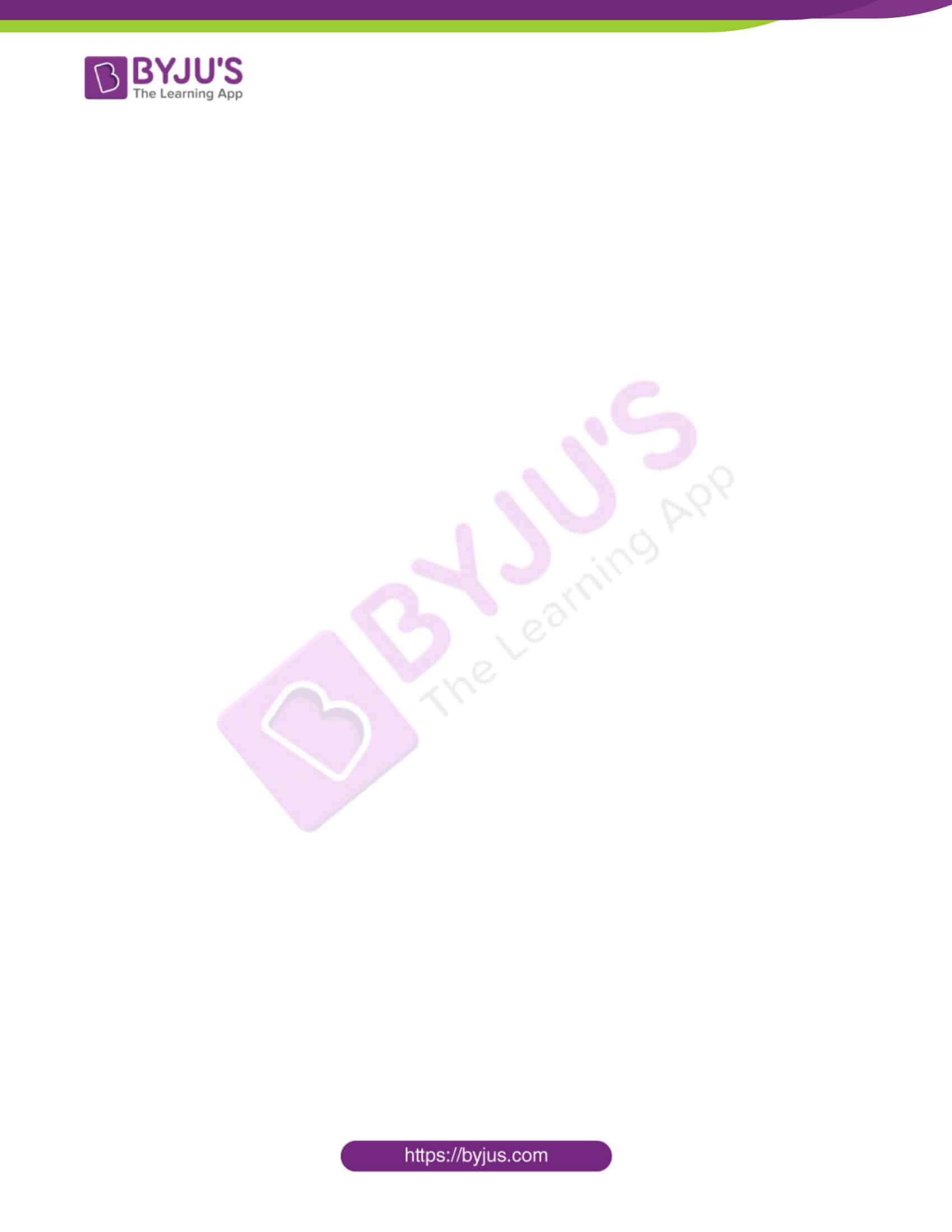 1. Which of the following is inheritable?

Answer: An altered gene in sperm

2. Which one of the following is not a hereditary disease?

6. ____ of green plants are called ‘factories of food production’.

9. When aqueous solution of Silver Nitrate and Sodium chloride are mixed……precipitate is immediately formed.

14. How much work is done in moving a charge of 2 C across two points having a potential difference 10 V?

15. A device that reverses the direction of flow of current through a circuit is called

17. (i) I was born when the diploid nucleus of the udder cells injected into the cytoplasm of the enucleated ovum and implanted into the uterus of the surrogate mother.

(ii) I coined the term vaccine and vaccination for protective inoculation.

Answer i: Hepatitis B

19. What are the symptoms of Malaria?

Answer: Symptoms of malaria are exhibited within 7 to 18 days of being infected. Common symptoms include:

20. What is Corpora quadrigemina? Name the functions associated with it.

The functions associated with it are as follows:

21. Draw the given diagram and label the parts. 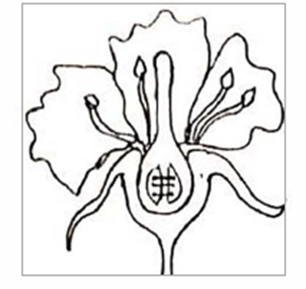 Reason (R): The kidneys expel less urine, since much of water is lost in the form of sweat.

23. Draw the LS of kidney and label the parts. 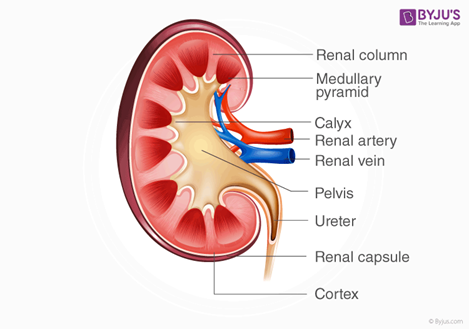 24. Mention any four adaptations seen in the Camel so that it can live successful1y in deserts.

Answer: The four adaptations seen in the Camel so that it can live successfully in deserts are:

25. Why diffusion process is not suitable for transportation in multicellular organisms?

Answer: Unicellular organisms have specialised cells and tissues for performing various necessary functions of the body such as intake of food and oxygen. Unlike unicellular organisms, multicellular cells are not in direct contact with the outside environment. Therefore, diffusion cannot meet their oxygen requirements.

26. What are Saprophytes? Give two examples.

Answer: Saprophytes are the living organisms that live and feed on dead and decaying organisms. They are considered extremely important in soil biology. They break down the complex organic matter into simpler substances that is taken up by the plants for various metabolic activities. Thus, saprophytes play a significant role in the ecosystem. Eg: Yeast and Cheese mold.

The saprophytes secrete digestive juices and breakdown the organic matter around them. The fungi grow tubular structures known as hyphae that branch into the dead matter and produce digestive enzymes.

27: Match the methods of nutrition of special organs with suitable examples.

28. Study the food chain below, correct it and convert it into a pyramid of energy.

29. Why hydrogen is considered to be the best choice among all the alternative fuel options?

Answer: Hydrogen is considered to be the best choice among all the alternative fuel options because it is non-toxic, and reasonably safe to handle and distribute. It has the highest mass energy content.

30. A non-renewable resource is a natural resource. It can be replaced by natural process at a rate equal to or faster than its rate of consumption by humans.

Read this statement and say whether it is correct or incorrect. If it is incorrect, give the correct statement.

Answer: This statement is incorrect because a renewable resource is a natural resource. It can be replaced by natural process at a rate equal to or faster than its rate of consumption by humans.

31. How will you reuse the waste water in your houses?

Answer: We can reuse the waste water in our houses by following ways:

32. What is called Brownian movement?

Answer: The random zig-zag motion of a particle observed under high power ultra-microscope is known as Brownian Movement. This motion resembles the exact motion of pollen grains in water as explained by Robert Brown, hence, the name Brownian movement.

More significantly, Albert Einstein’s later explained the Brownian motion more clearly in his paper stating that the pollen was moved by water molecules. This discovery served as great evidence of the existence of atoms and molecules.

Understanding Brownian movement is crucial as it forms a base for the modern atomic theory. The kinetic theory of gases is also based on the Brownian motion model of particles. Additionally, the mathematical models describing Brownian motion are used in a variety of disciplines such as Maths, Physics, Chemistry, Economics, etc.

34. Identify and correct the mistake if any:

Answer: Errors: The molar volume of gas at STP is 22.4 litres

So, the pH value of the solution is 8.

36. Which of the following reactions does not take place? State the reason.

Answer: Among the two the second reaction does not take place because Zinc is more reactive than copper.

37. To design the body of an aircraft, aluminum alloys are used. Give reasons.

Answer: While designing the body of an aircraft, aluminum alloys are used because the alloys are light weighed, have high tensile strength and corrosion resistant.

38. Draw the given diagram and label the parts. 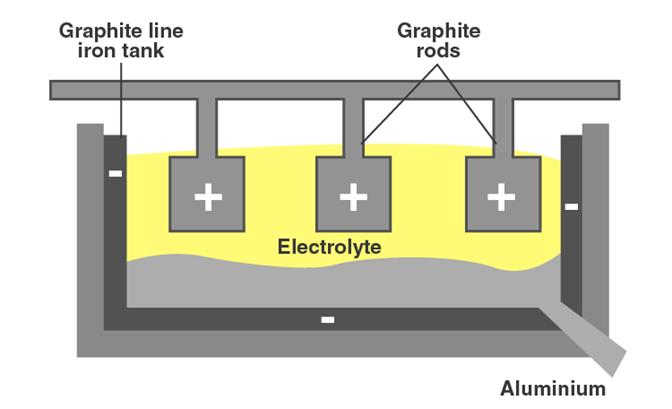 39. Assertion: Chemical bonds in organic compounds are covalent in nature.

Reason: Covalent bond is formed by the sharing of electrons in the bonding atoms

Does the reason satisfy the assertion?

40. List out the names of the organisations which are not associated with Chandrayaan -I mission from the following:

Answer: The organisations which are not associated with Chandrayaan – I are BARC, WHO, ONGC.

41. Two similar trucks are moving with the same velocity on a road. One of them is loaded while the other is empty. Which of the two will require a large force to stop it.

Answer: Among the two trucks the loaded truck will require a large force to stop it because loaded truck has more inertia or greater momentum than the empty truck.

43. What are the limitations in harnessing wind energy?

44. Find the effective resistance between A and B in the given circuit.

The effective resistance between A and B in the given circuit RS = 3.33Ω

45. Define Power of Lens. Give its units.

Answer: The power of a lens is defined as the reciprocal of its focal length, it is 4 represented by the letter ‘p’.

The SI unit of power of lens is ‘dioptre’ by the letter ‘D’.

46. How can an AC generator be converted into a DC generator?

Answer: An AC generator can be converted into a DC generator by changing slip rings into split ring type commutator. Commutator is an attachment, connected with the armature of a motor or dynamo, through which electrical connection is made and which ensures the current flows as direct current.

47. Assertion (A): When white light is allowed to pass through a prism, it splits into seven colours.

Reason (R): This is due to reflection of light.

Answer: Typhoid: Typhoid is an infectious bacterial disease that mainly spreads through contaminated food or water. It can also spread due to poor hygienic conditions. The major symptoms of this disease are characterized by high fever, loss of appetite and diarrhoea. Salmonella typhi is the bacterium responsible for this disease and humans are the only carriers.

“Salmonella enterica serotype Typhi”, this microbe is the causative agent for this disease. It is a gram-negative bacteria characterized by a thin cell wall and an outer membrane. The cells are reddish in colour, with some having black stains in the centre.

The bacteria enter the human body through the contaminated foods and water, where it then enters into the intestinal cells of the human body. Later, it passes through the bloodstream and destroys the lymphatic system and spreads throughout the body. This bacterium is mainly carried by the white blood cells present in the liver and also the bone marrow. There, they multiply and re-enter the blood cells, which in turn, causes a number of symptoms to appear in the later stages.

Sanitation is one of the most important things that one can do to prevent the infection of such diseases. The other way would be the use of antibiotics that can kill the disease-causing germs. Also by maintaining good and hygienic food habits, one can get rid of diseases easily.

Following are the major parts of the peripheral nervous system:

The main function of the somatic nervous system is to transfer impulses from CNS to skeletal muscles. It consists of

Cranial nerves emerge from the brain and there are twelve pairs of cranial nerves. Some of the examples may be the sensory nerves like optic, olfactory, etc.

It is further divided into two parts –

The sympathetic nervous system consists of nerves arising from spinal cord between the neck and waist region. It prepares the body for violent actions against abnormal conditions and is generally stimulated by adrenaline.

The parasympathetic nervous system is located anterior in the head and neck and posterior in the sacral region. It is mainly involved in re-establishment of normal conditions when violent action is over.

50. Describe the structure of a dicot seed. 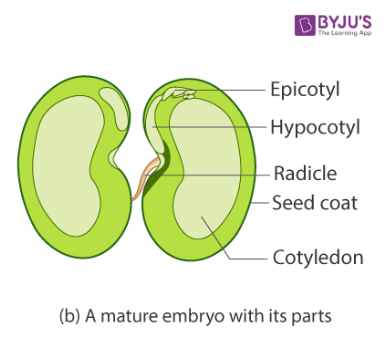 51. Explain the components of Pond eco-system.

1. Pond Ecosystem: Pond can be considered as an example for aquatic ecosystem.

They include producers and consumers. Producers are the water living plants like Hydrilla, Vallisneria etc. and phytoplankton like Chlamydomonas, Volvox and Spirogyra.

These are certain fishes, frogs, water beetles etc. which feed on the primary consumers in the pond.

These are big fishes and birds that feed on small fishes.

Several bacteria and fungi form the decomposers in the pond.

52. Nitroglycerine is used as an explosive. -The-equation for _the explosive reaction is:

(a) How many moles does the equation show for?

(b) How many moles of gas molecules are obtained from 1 mole of nitroglycerine?

(c) What is the mass of 1 mole of nitroglycerine?

Answer: (a) i 4 moles of Nitroglycerine

b): 4 moles of nitroglycerine gives 19 moles of gas molecules

(b) If the molecular mass of an alkynes is 54, then its molecular formula is…….

Answer: (a) Alkanes are organic compounds that consist of single-bonded carbon and hydrogen atoms. The formula for Alkanes is CnH2n+2, subdivided into three groups – chain alkanes, cycloalkanes, and the branched alkanes. Example: Ethane ((C2H6)

54. (a) A and B are two objects. What happens to the force between two objects, if:

Answer: a (i) the mass of A is doubled

(ii) the distance between A and B is doubled.

Force is decreased by 4 times.

(iii) the mass of both A and B are doubled.

(i) g = acceleration due to gravity

55. (a) Write the sign convention for reflection by spherical mirrors.

(b) Why convex mirrors are used as rear-view mirrors in vehicles? 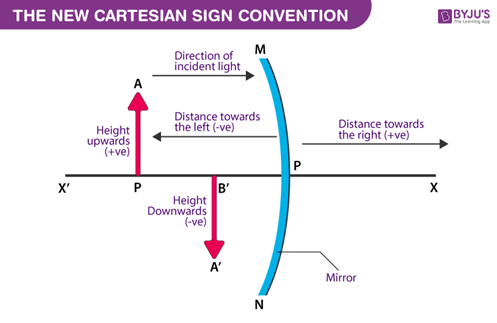 (b) We prefer a convex mirror as a rear-view mirror in vehicles because it gives a wider field of view, which allows the driver to see most of the traffic behind him. Convex mirrors always form a virtual, erect, and diminished image of the objects placed in front of it.