Solving the previous year question papers proves to be very helpful while preparing for the exam. These previous year papers boost confidence and strengthen the ability to face the exam with a positive attitude. It helps in clearing doubts and gaining awareness on important topics, which need to be emphasized on and prepared in advance. Download the solutions from the link highlighted below. 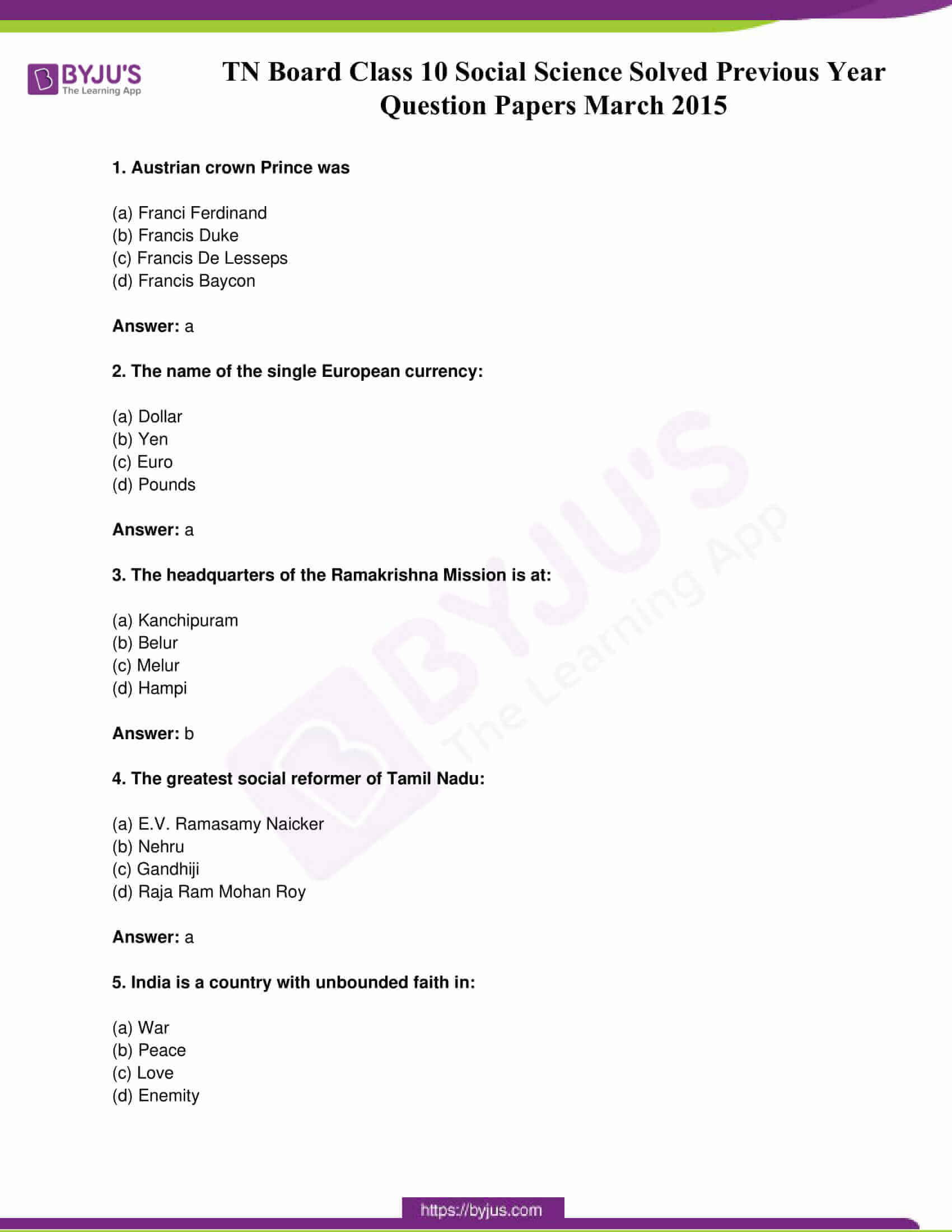 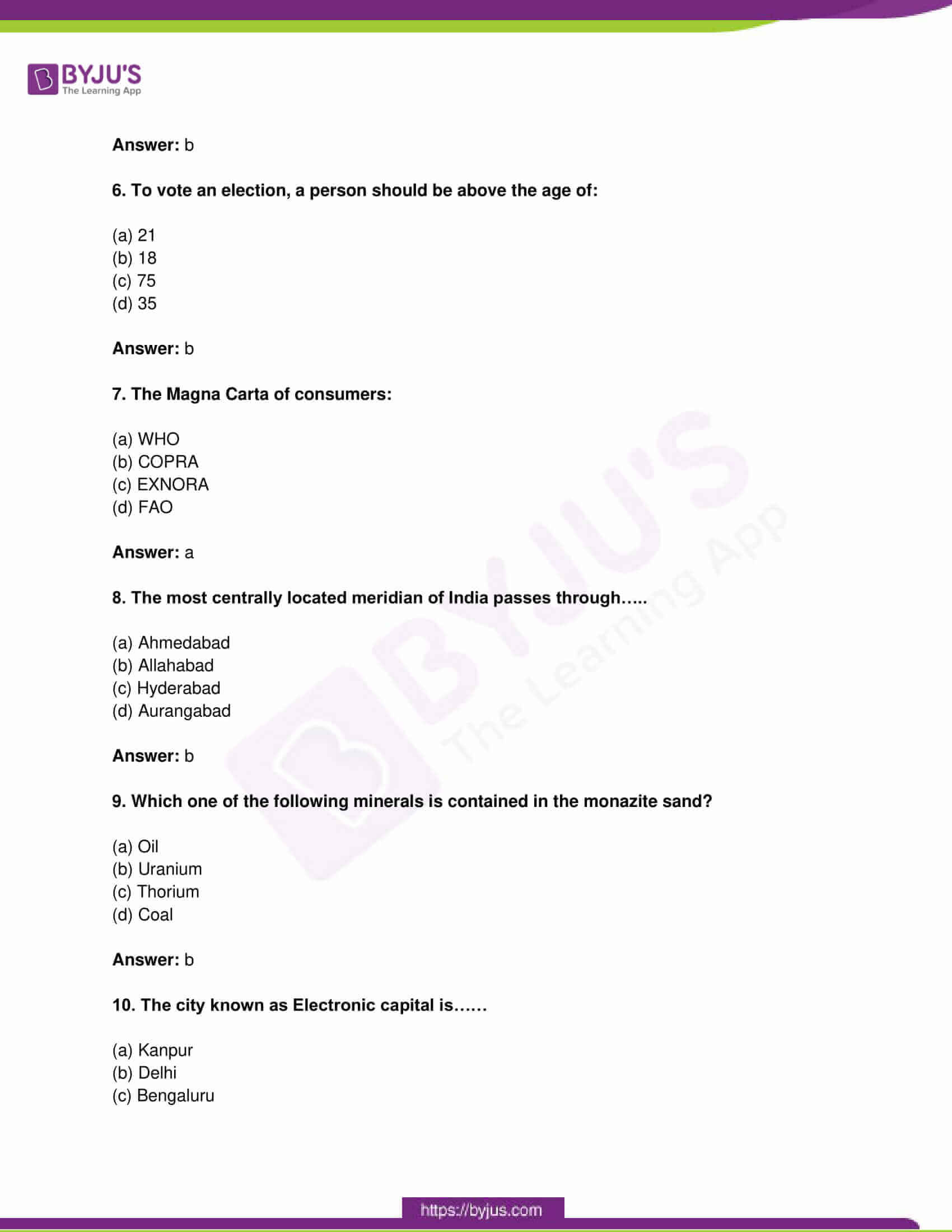 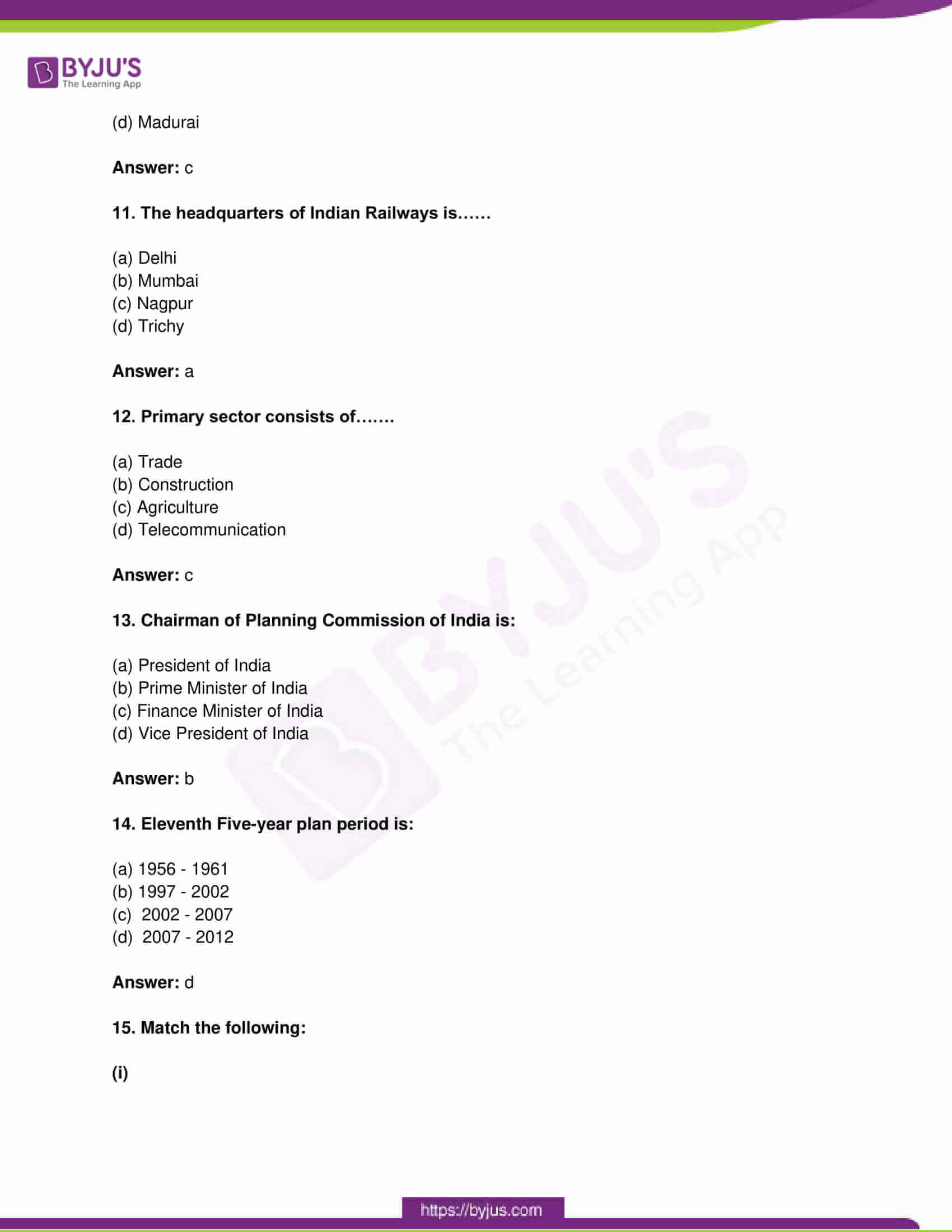 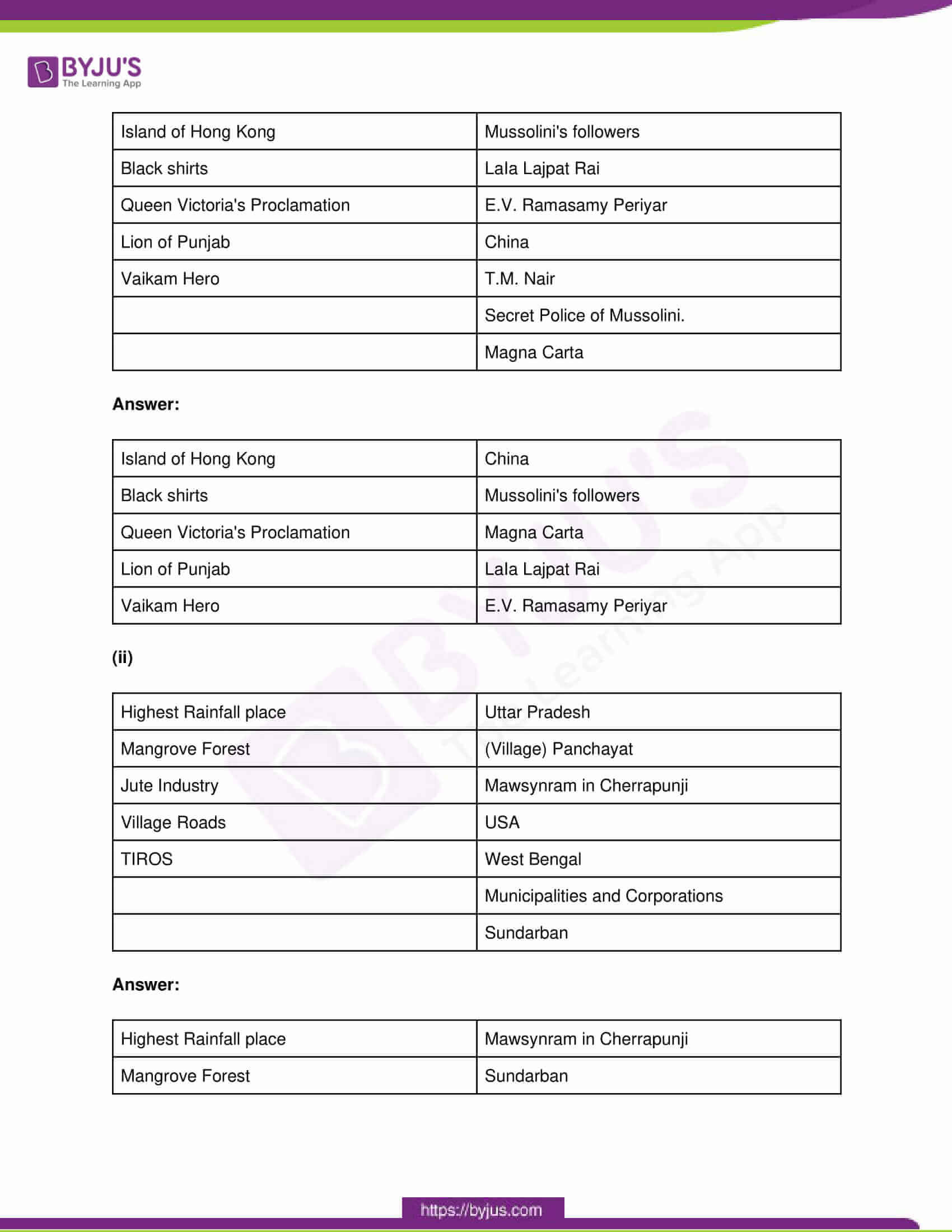 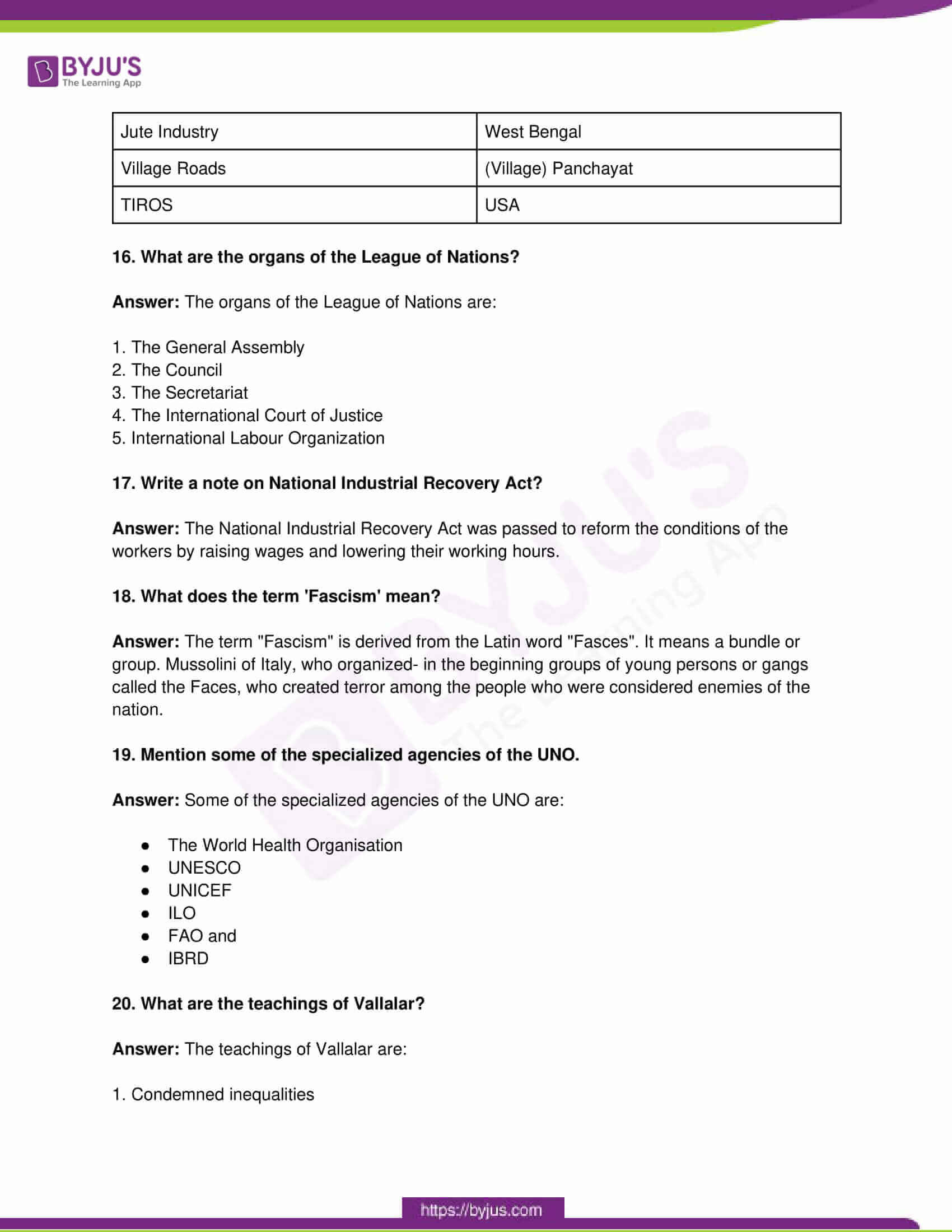 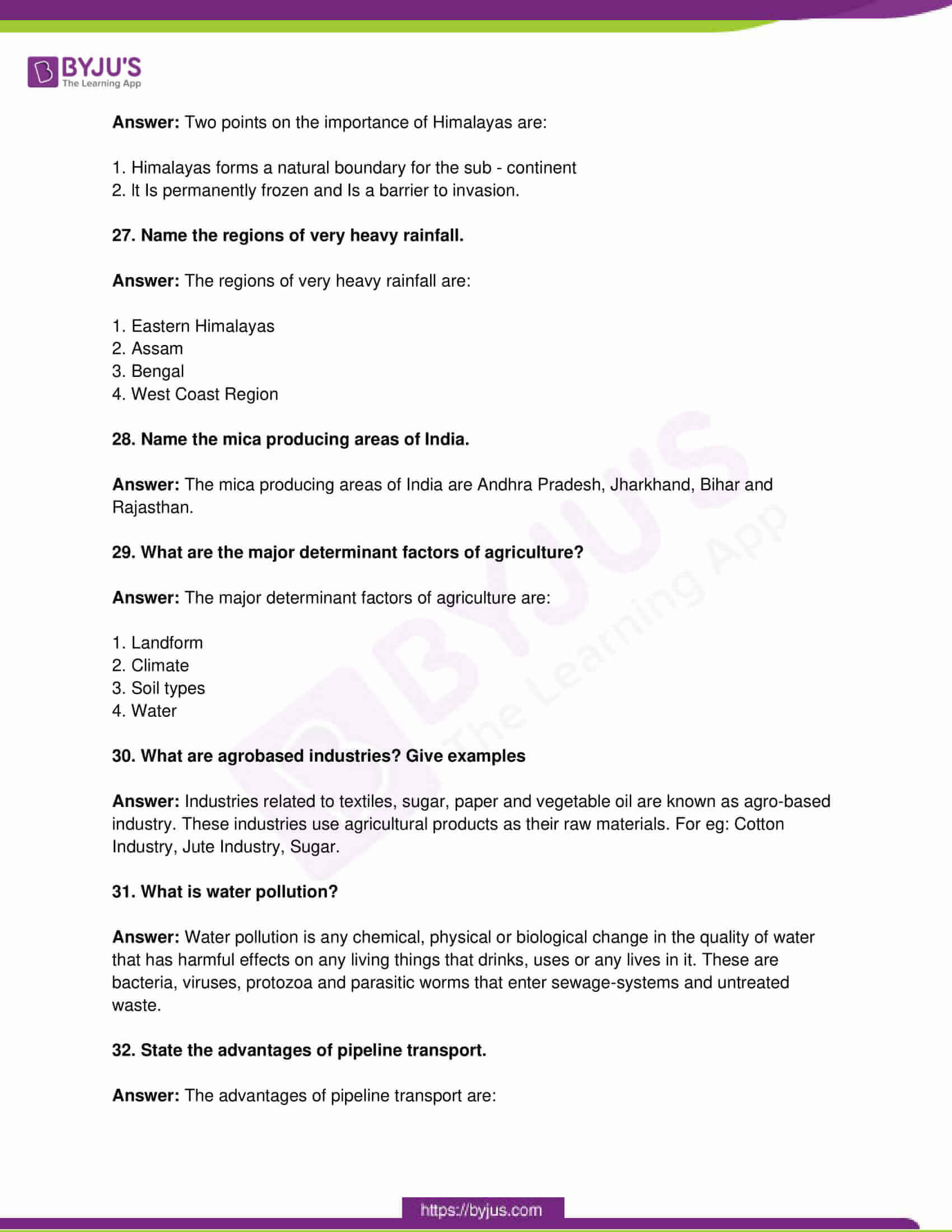 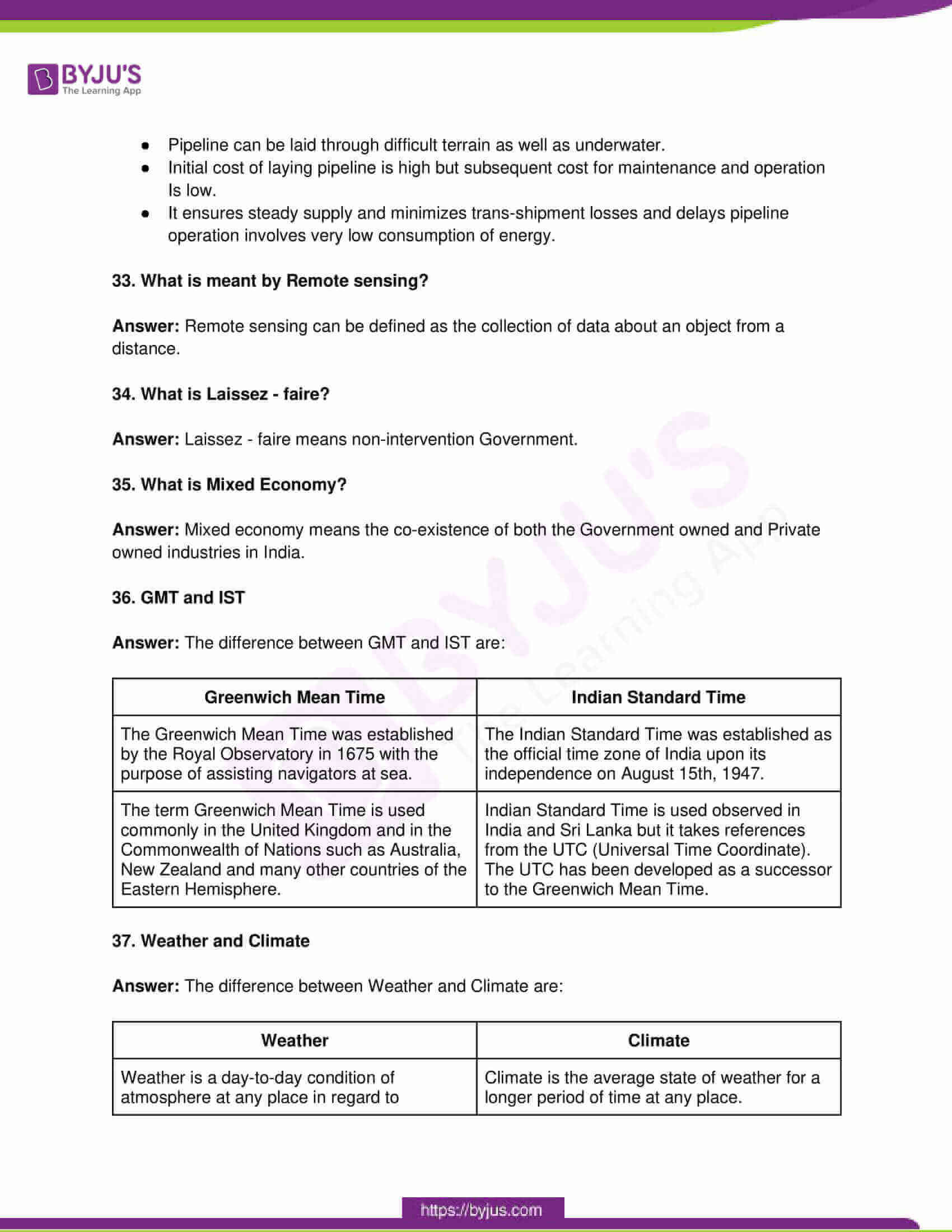 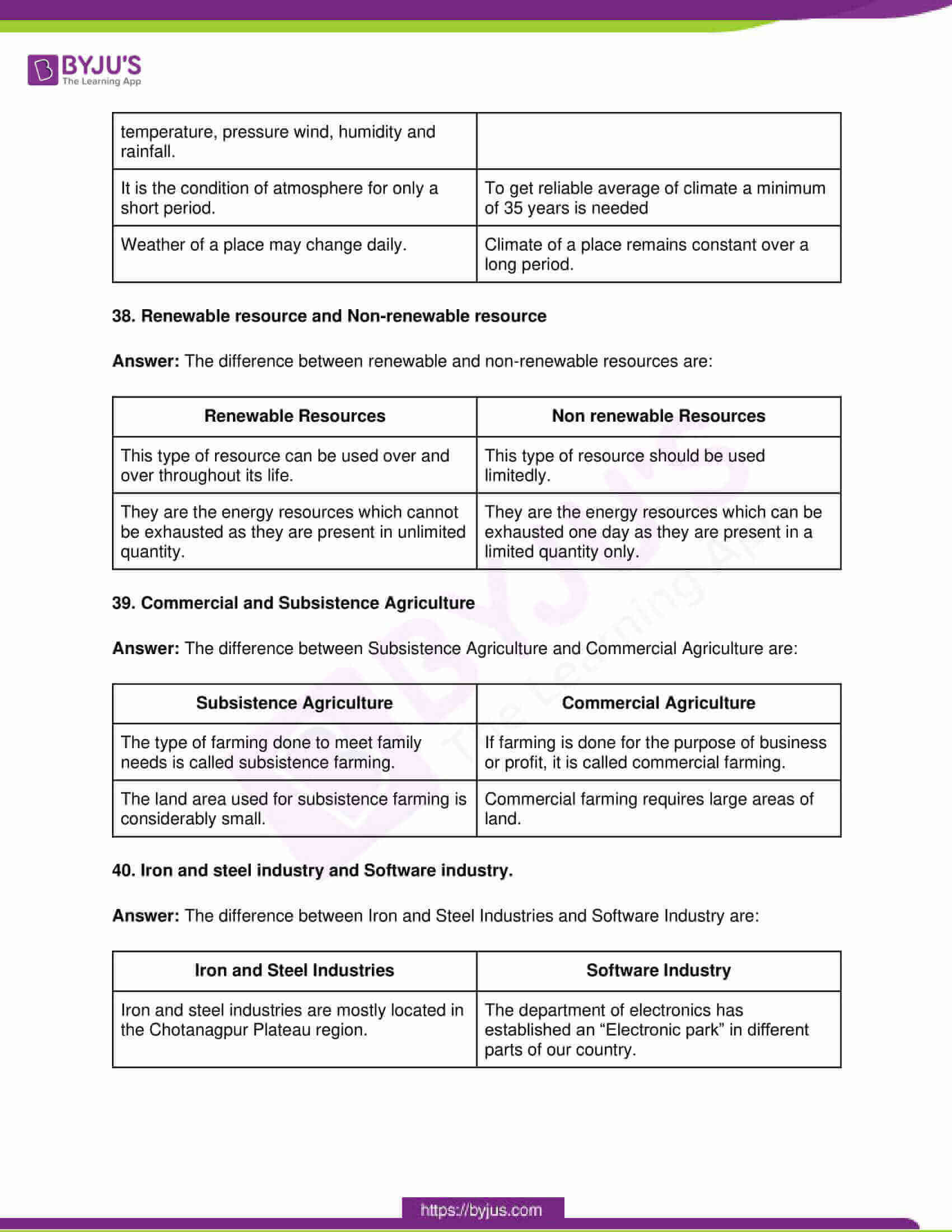 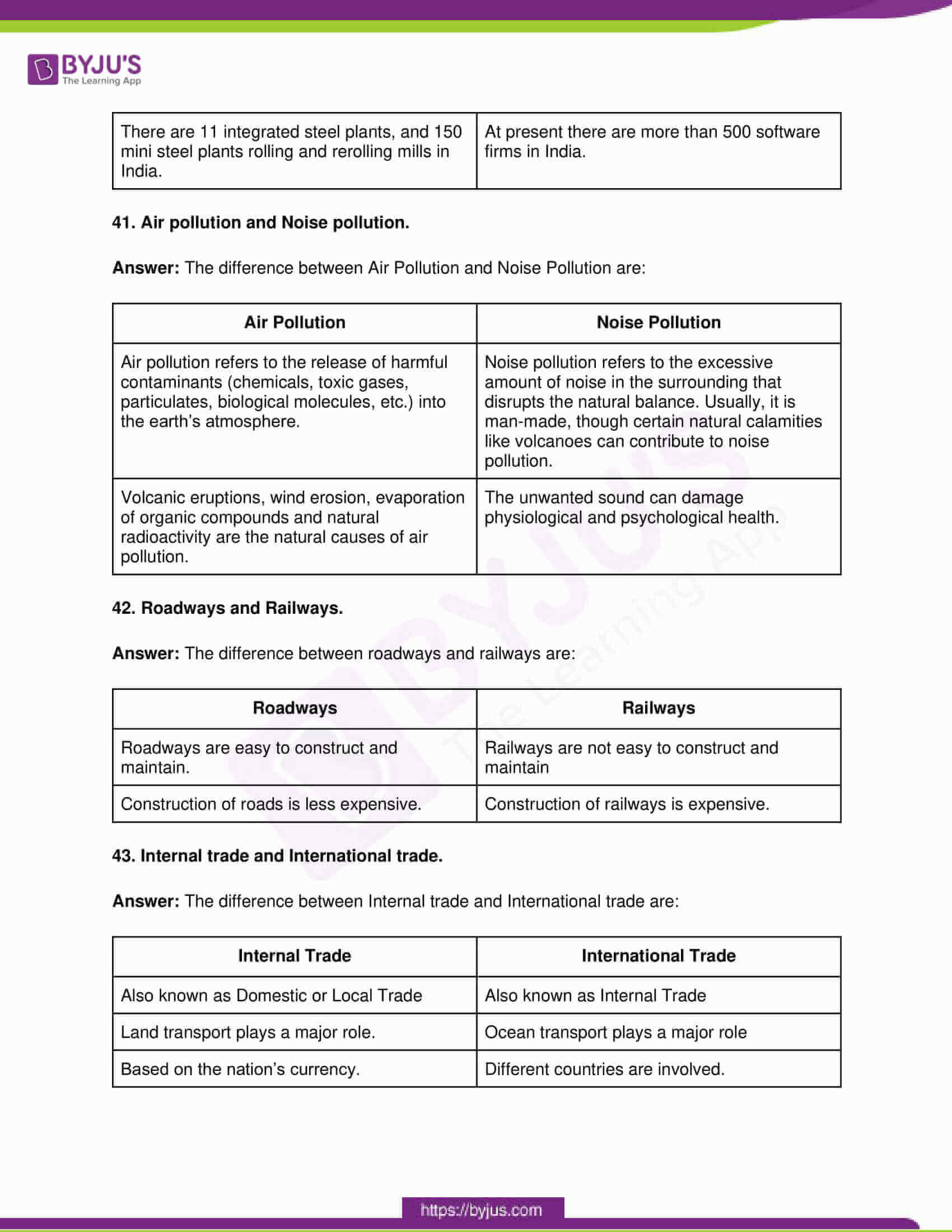 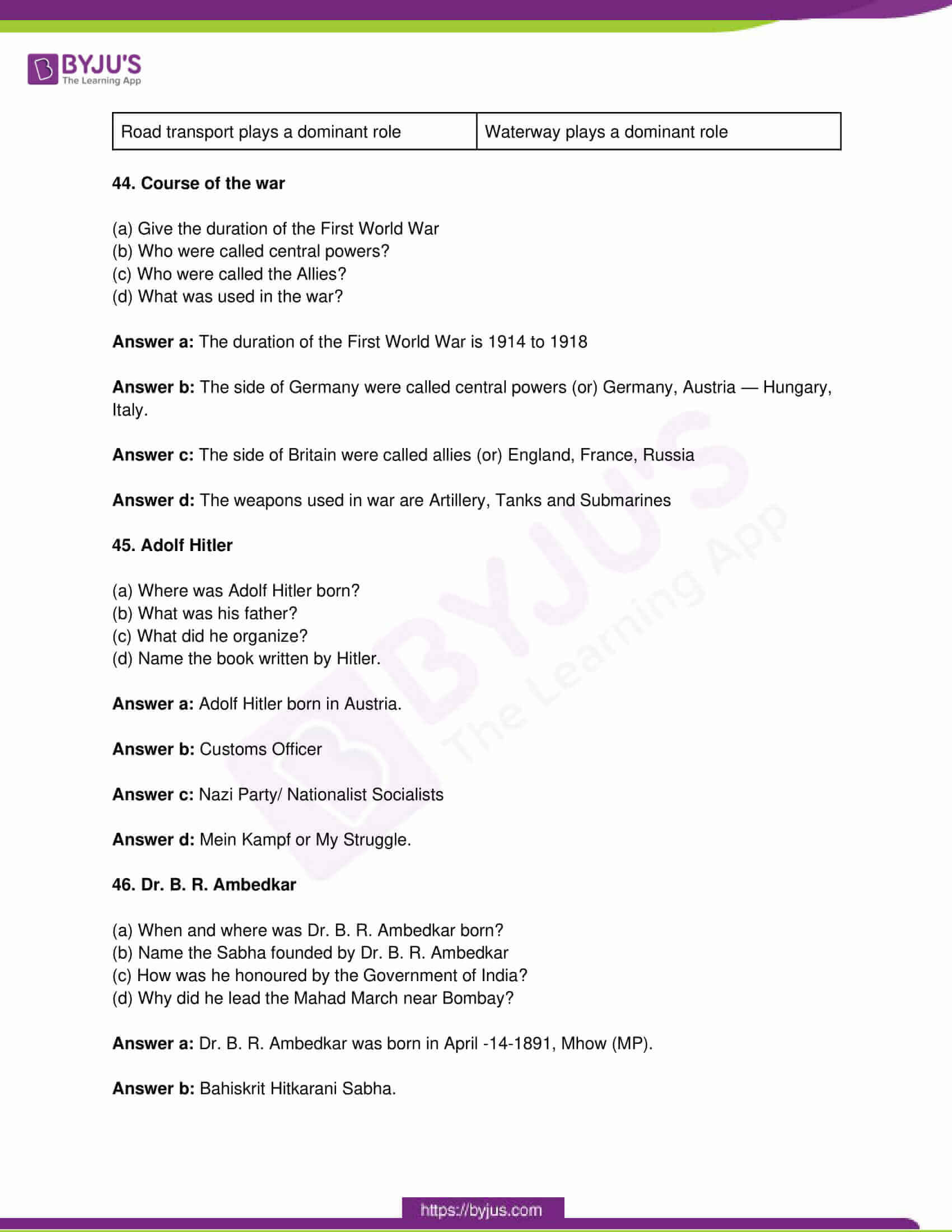 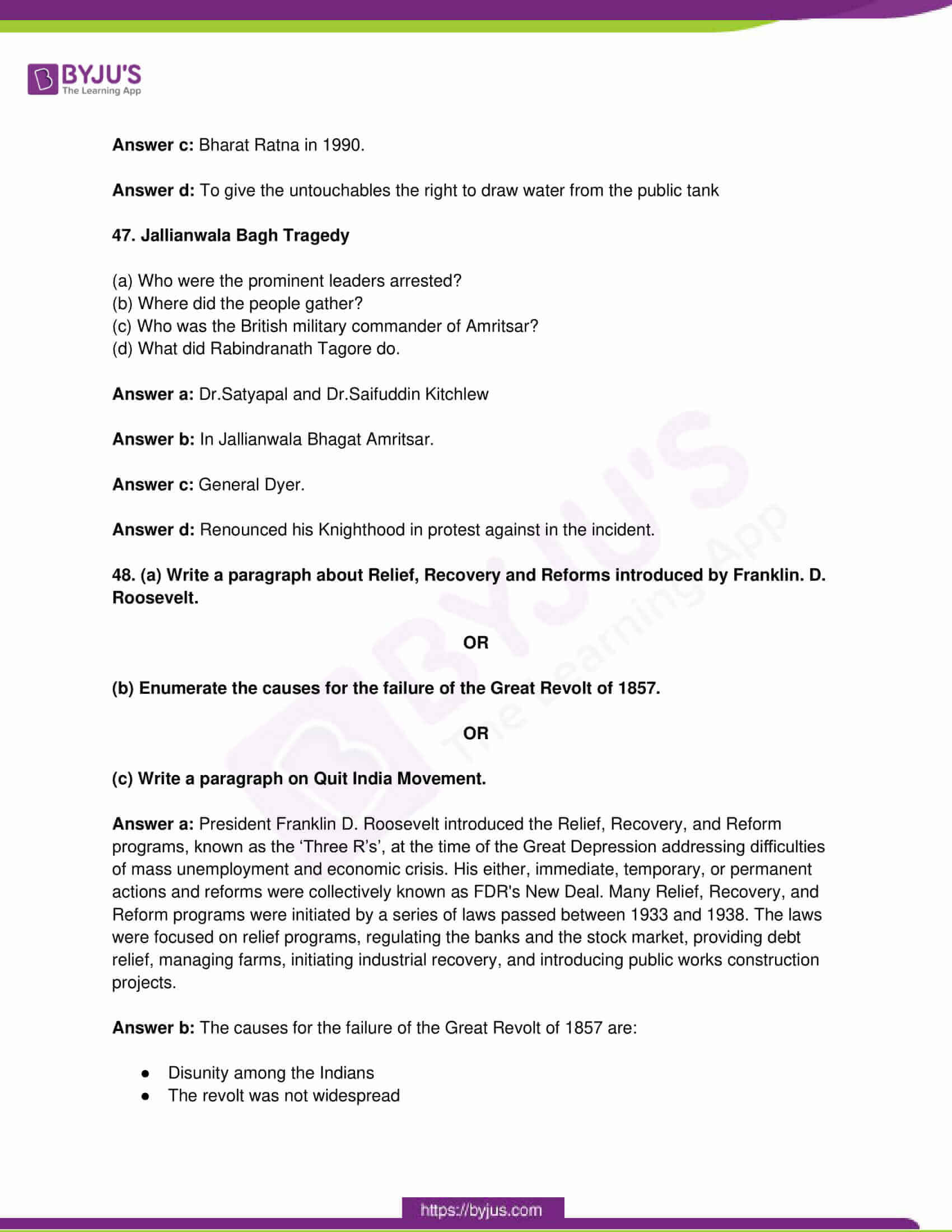 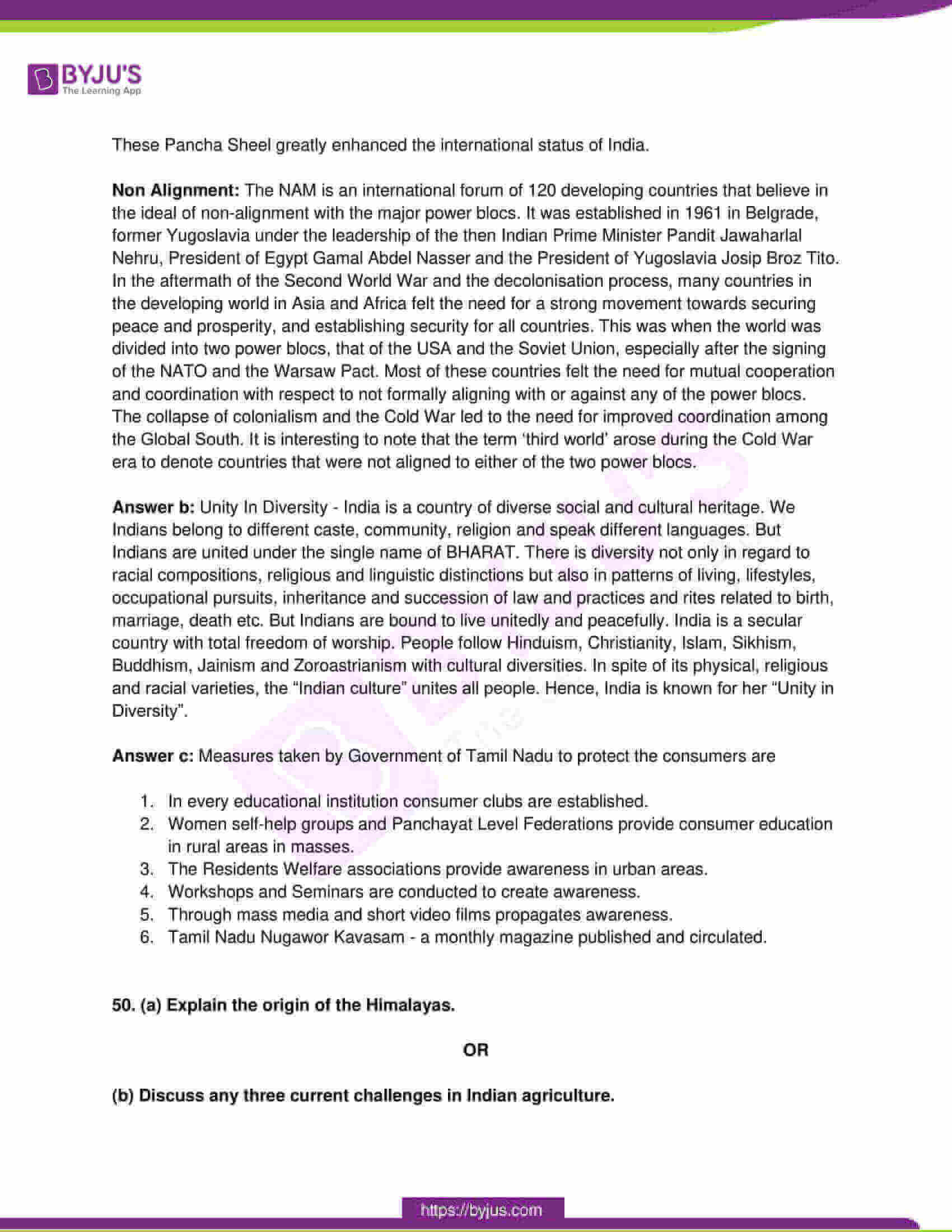 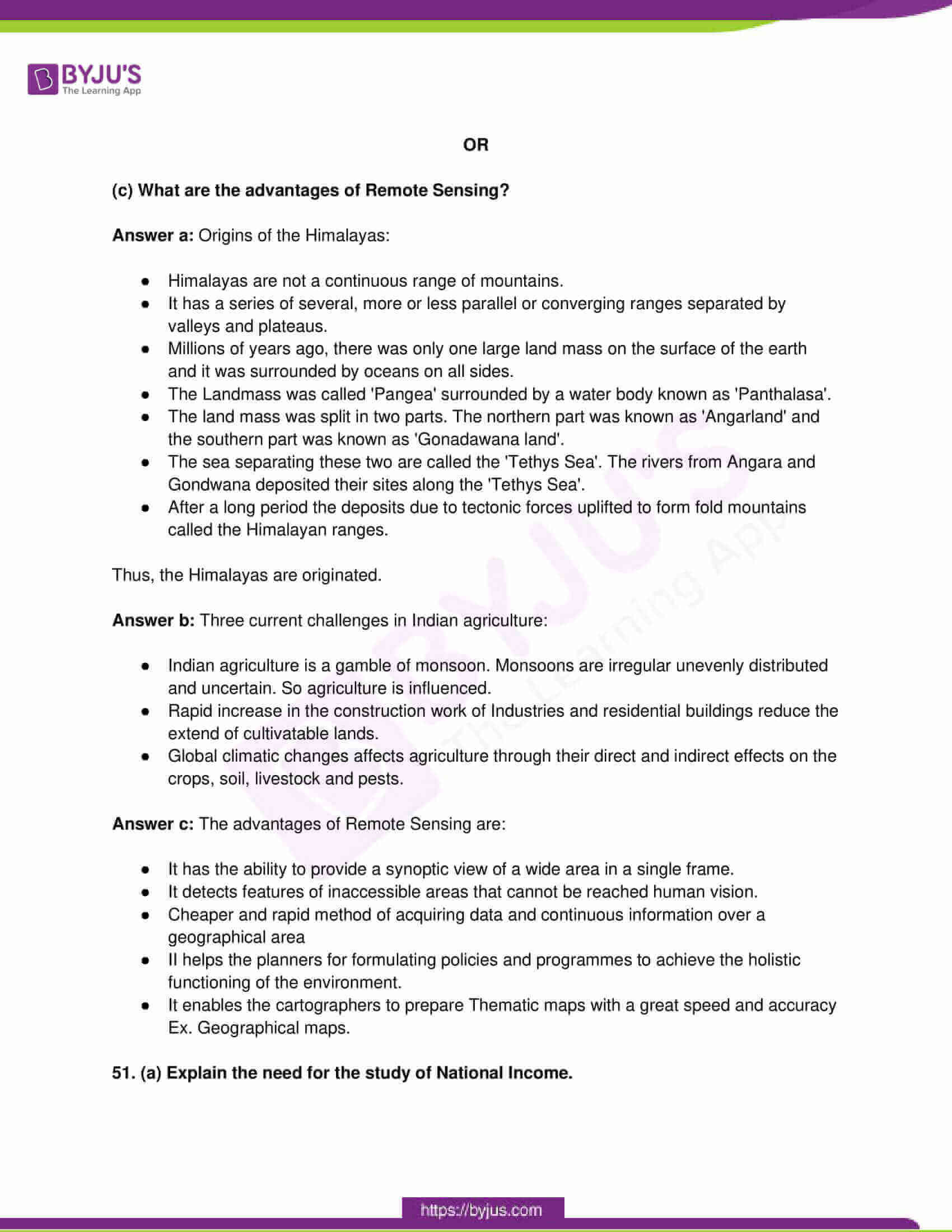 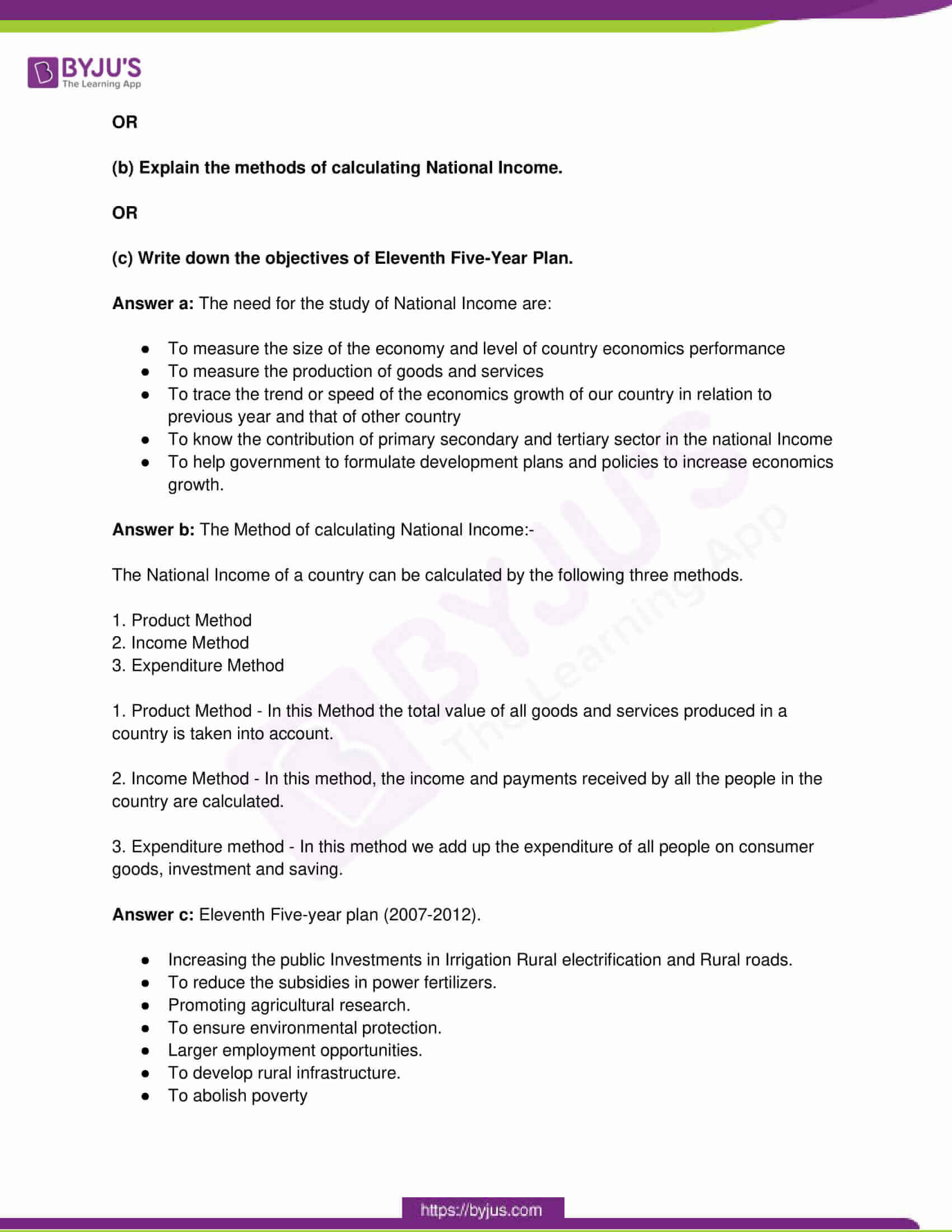 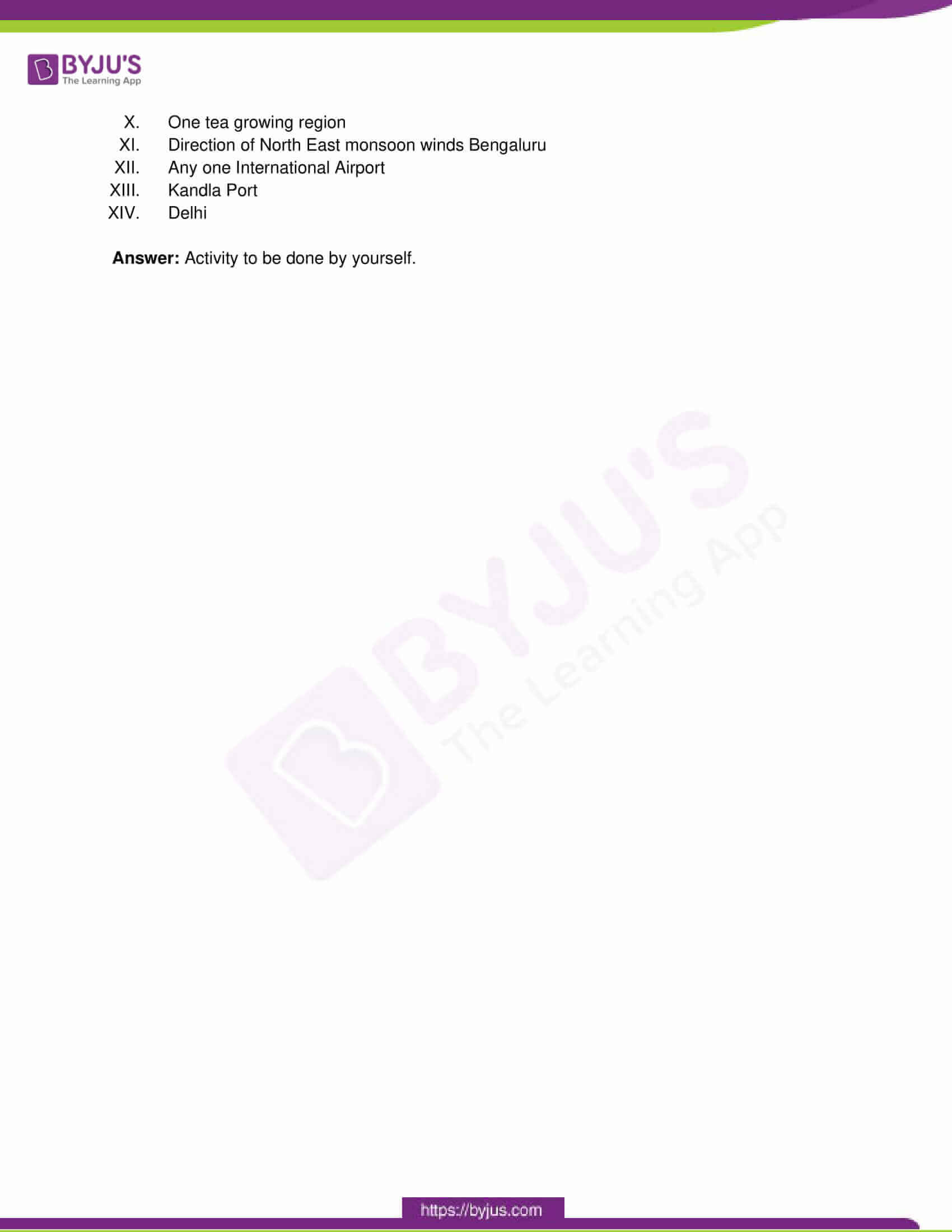 2. The name of the single European currency:

3. The headquarters of the Ramakrishna Mission is at:

5. India is a country with unbounded faith in:

6. To vote an election, a person should be above the age of:

7. The Magna Carta of consumers:

8. The most centrally located meridian of India passes through…..

9. Which one of the following minerals is contained in the monazite sand?

10. The city known as Electronic capital is……

11. The headquarters of Indian Railways is……

13. Chairman of Planning Commission of India is:

(a) President of India

(b) Prime Minister of India

16. What are the organs of the League of Nations?

Answer: The organs of the League of Nations are:

4. The International Court of Justice

Answer: The National Industrial Recovery Act was passed to reform the conditions of the workers by raising wages and lowering their working hours.

Answer: The term “Fascism” is derived from the Latin word “Fasces”. It means a bundle or group. Mussolini of Italy, who organized- in the beginning groups of young persons or gangs called the Faces, who created terror among the people who were considered enemies of the nation.

19. Mention some of the specialized agencies of the UNO.

Answer: Some of the specialized agencies of the UNO are:

20. What are the teachings of Vallalar?

Answer: The teachings of Vallalar are:

2. Compassion to all living things

21. What is the importance of the Lahore Session of the Congress?

Answer: The importance of the Lahore Session of the Congress are:

22. Mention some of the poems of Subramania Bharathiar.

Answer: Some of the poems of Subramania Bharat are:

23. What are the aims of Self Respect Movement?

Answer: The aims of Self Respect Movement are:

24. Why is world peace an essential one?

Answer: World Peace is essential for the following reasons:

1. Economic development of the nations can be achieved only through world peace.

2. World peace is essential not only for the economic development of India but also for all the developing countries of the world.

25. Name some of the religions of India.

26. Write any two points on the importance of Himalayas.

Answer: Two points on the importance of Himalayas are:

1. Himalayas forms a natural boundary for the sub – continent

2. lt Is permanently frozen and Is a barrier to invasion.

Answer: The regions of very heavy rainfall are:

29. What are the major determinant factors of agriculture?

Answer: The major determinant factors of agriculture are:

30. What are agrobased industries? Give examples

31. What is water pollution?

Answer: Water pollution is any chemical, physical or biological change in the quality of water that has harmful effects on any living things that drinks, uses or any lives in it. These are bacteria, viruses, protozoa and parasitic worms that enter sewage-systems and untreated waste.

32. State the advantages of pipeline transport.

Answer: The advantages of pipeline transport are:

33. What is meant by Remote sensing?

Answer: Remote sensing can be defined as the collection of data about an object from a distance.

Answer: Mixed economy means the co-existence of both the Government owned and Private owned industries in India.

Answer: The difference between GMT and IST are:

Answer: The difference between Weather and Climate are:

Answer: The difference between renewable and non-renewable resources are:

Answer: The difference between Iron and Steel Industries and Software Industry are:

Answer: The difference between Air Pollution and Noise Pollution are:

Answer: The difference between roadways and railways are:

Answer: The difference between Internal trade and International trade are:

(a) Give the duration of the First World War

(b) Who were called central powers?

(c) Who were called the Allies?

Answer b: The side of Germany were called central powers (or) Germany, Austria — Hungary, Italy.

Answer c: The side of Britain were called allies (or) England, France, Russia

Answer d: The weapons used in war are Artillery, Tanks and Submarines

(a) Where was Adolf Hitler born?

(b) What was his father?

(c) What did he organize?

(b) Name the Sabha founded by Dr. B. R. Ambedkar

(c) How was he honoured by the Government of India?

(d) Why did he lead the Mahad March near Bombay?

Answer d: To give the untouchables the right to draw water from the public tank

(a) Who were the prominent leaders arrested?

(b) Where did the people gather?

(c) Who was the British military commander of Amritsar?

(d) What did Rabindranath Tagore do.

Answer b: In Jallianwala Bhagat Amritsar.

Answer d: Renounced his Knighthood in protest against in the incident.

48. (a) Write a paragraph about Relief, Recovery and Reforms introduced by Franklin. D. Roosevelt.

(b) Enumerate the causes for the failure of the Great Revolt of 1857.

Answer a: President Franklin D. Roosevelt introduced the Relief, Recovery, and Reform programs, known as the ‘Three R’s’, at the time of the Great Depression addressing difficulties of mass unemployment and economic crisis. His either, immediate, temporary, or permanent actions and reforms were collectively known as FDR’s New Deal. Many Relief, Recovery, and Reform programs were initiated by a series of laws passed between 1933 and 1938. The laws were focused on relief programs, regulating the banks and the stock market, providing debt relief, managing farms, initiating industrial recovery, and introducing public works construction projects.

Answer b: The causes for the failure of the Great Revolt of 1857 are:

Answer c: Quit India Movement – The Cripps Mission arrived in India in March 1942. After Cripps returned, Gandhi put forward a resolution calling for British withdrawal and a non-violent non-cooperation movement against any Japanese invasion. The Congress Working Committee meeting at Wardha on July 14, 1942, accepted the idea of a struggle for India’s independence.

Quit India Movement also known as the India August Movement or August Kranti. It was officially launched by the Indian National Congress (INC) led by Mahatma Gandhi on 9 August 1942. The movement gave the slogans ‘Quit India’ or ‘Bharat Chodo’. Gandhi gave the slogan to the people – ‘Do or die’. In line with the Congress ideology, it was supposed to be a peaceful non-violent movement aimed at urging the British to grant India independence. The Quit India Resolution was passed by the Congress Working Committee on 8 August 1942 in Bombay. Gandhi was named the movement’s leader. The resolution stated the provisions of the movement as:

49. (a) Write a paragraph about Pancha Sheel and the policy of Non – Alignment.

(b) Explain how do language and literature help to maintain Unity in Diversity.

(c) What are the measures taken by the Government of Tamilnadu to protect the consumers?

Answer a: Jawaharlal Nehru laid stress on the five principles called Pancha Sheel Principles they are:

These Pancha Sheel greatly enhanced the international status of India.

Non Alignment: The NAM is an international forum of 120 developing countries that believe in the ideal of non-alignment with the major power blocs. It was established in 1961 in Belgrade, former Yugoslavia under the leadership of the then Indian Prime Minister Pandit Jawaharlal Nehru, President of Egypt Gamal Abdel Nasser and the President of Yugoslavia Josip Broz Tito.

In the aftermath of the Second World War and the decolonisation process, many countries in the developing world in Asia and Africa felt the need for a strong movement towards securing peace and prosperity, and establishing security for all countries. This was when the world was divided into two power blocs, that of the USA and the Soviet Union, especially after the signing of the NATO and the Warsaw Pact. Most of these countries felt the need for mutual cooperation and coordination with respect to not formally aligning with or against any of the power blocs. The collapse of colonialism and the Cold War led to the need for improved coordination among the Global South. It is interesting to note that the term ‘third world’ arose during the Cold War era to denote countries that were not aligned to either of the two power blocs.

Answer b: Unity In Diversity – India is a country of diverse social and cultural heritage. We Indians belong to different caste, community, religion and speak different languages. But Indians are united under the single name of BHARAT. There is diversity not only in regard to racial compositions, religious and linguistic distinctions but also in patterns of living, lifestyles, occupational pursuits, inheritance and succession of law and practices and rites related to birth, marriage, death etc. But Indians are bound to live unitedly and peacefully. India is a secular country with total freedom of worship. People follow Hinduism, Christianity, Islam, Sikhism, Buddhism, Jainism and Zoroastrianism with cultural diversities. In spite of its physical, religious and racial varieties, the “Indian culture‟ unites all people. Hence, India is known for her “Unity in Diversity”.

Answer c: Measures taken by Government of Tamil Nadu to protect the consumers are

50. (a) Explain the origin of the Himalayas.

(b) Discuss any three current challenges in Indian agriculture.

(c) What are the advantages of Remote Sensing?

Answer a: Origins of the Himalayas:

Thus, the Himalayas are originated.

Answer c: The advantages of Remote Sensing are:

51. (a) Explain the need for the study of National Income.

(b) Explain the methods of calculating National Income.

(c) Write down the objectives of Eleventh Five-Year Plan.

Answer a: The need for the study of National Income are:

Answer b: The Method of calculating National Income:-

The National Income of a country can be calculated by the following three methods.

1. Product Method – In this Method the total value of all goods and services produced in a country is taken into account.

2. Income Method – In this method, the income and payments received by all the people in the country are calculated.

3. Expenditure method – In this method we add up the expenditure of all people on consumer goods, investment and saving.

Answer: Five important events between the years 1930-1950 are

1939 – Beginning of the Second World War

53. (a) Mark the following places in the given outline map of Asia.

Answer a and b: Activity to be done by yourself.

54. Mark any ten places/regions on the given outline map of India.