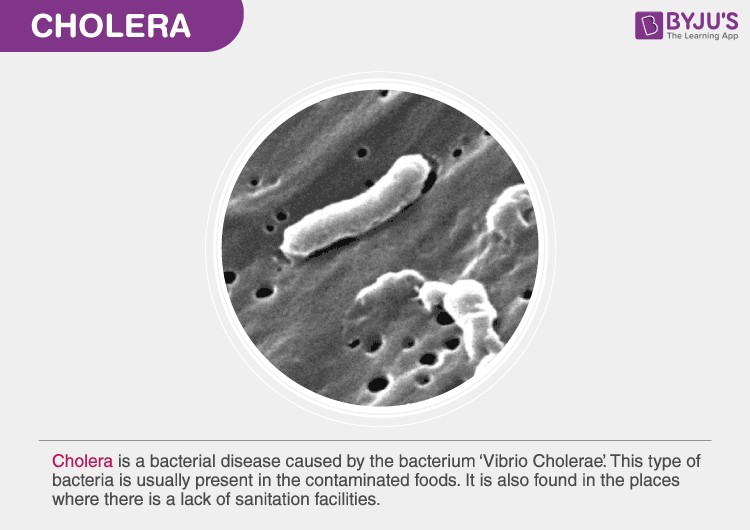 Cholera is a bacterial disease caused by the bacterium ‘Vibrio Cholerae’. This type of bacteria is usually present in contaminated foods. It is also found in places where there is a lack of sanitation facilities. This disease was first discovered in the US during the 1800s. Cholera disease has been causing severe issues to people for hundreds of years.

If this disease is left untreated, it might cause severe diarrhoea and would lead to dehydration in the body. Sometimes it might lead to a fatal condition.

Vibrio cholerae is the causative agent of the disease. It is a curved and comma-shaped, Gram-negative bacterium. It is present in coastal saltwater areas and in the sewage. They attach themselves to the shells of shell-fish, crabs, etc. Drinking of contaminated water leads to various diseases including cholera. 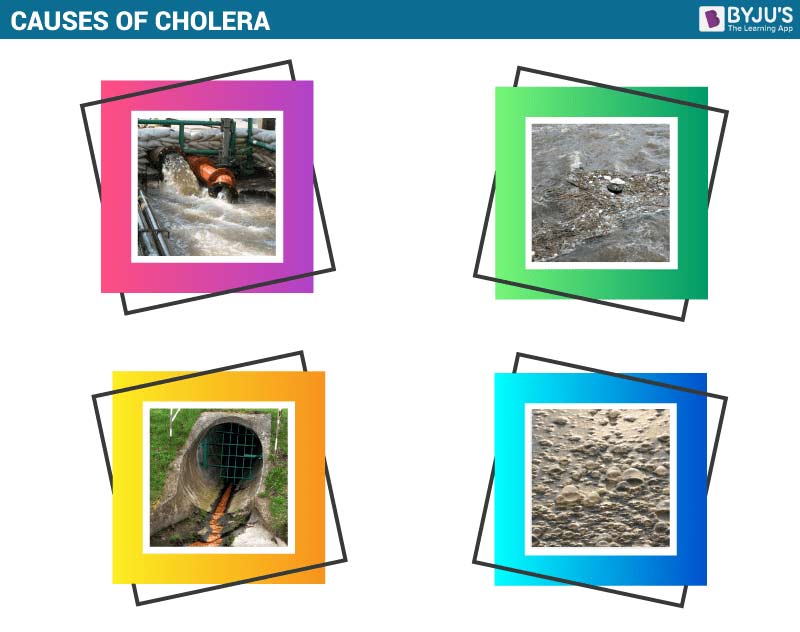 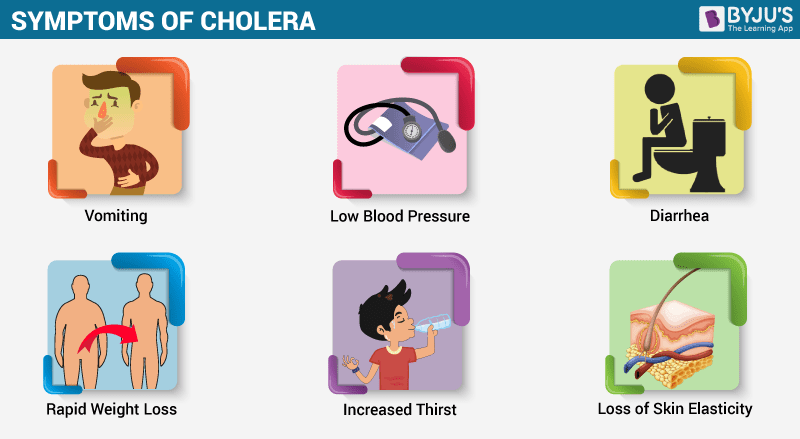 Some of the symptoms of Cholera are listed below-

The treatment for cholera includes replacement of lost fluid and electrolytes. Drinking plenty of ORS (Oral rehydration solution) is advised to prevent dehydration. If the condition worsens, intravenous fluid replacement may be required. Doctors may prescribe antibiotics and Zinc supplements to check diarrhoea. 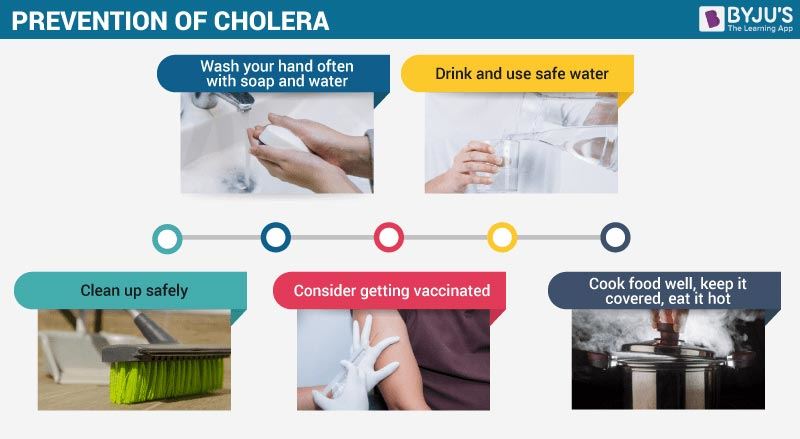 The most important thing that one could do to avoid the disease is to prevent it. Cholera could be prevented by:

To know more about Cholera and other bacterial diseases, visit BYJU’S.