The light reaction takes place in the grana of the chloroplast. Here, light energy gets converted to chemical energy as ATP and NADPH. In this very light reaction, the addition of phosphate in the presence of light or the synthesizing of ATP by cells is known as photophosphorylation.

While in the dark reaction, the energy produced previously in the light reaction is utilized to fix carbon dioxide into carbohydrates. The location where this happens is the stroma of the chloroplasts.

Photophosphorylation is the process of utilizing light energy from photosynthesis to convert ADP to ATP. It is the process of synthesizing energy-rich ATP molecules by transferring the phosphate group into ADP molecule in the presence of light.

Photophosphorylation is of two types: 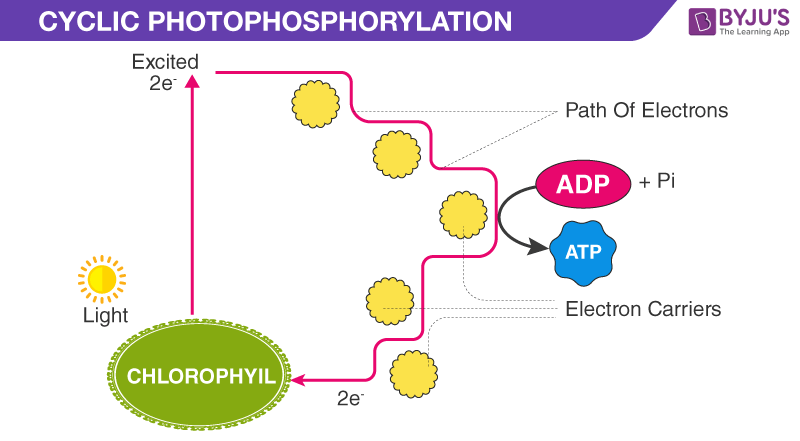 In this process, plant cells just accomplish the ADP to ATP for immediate energy for the cells. This process usually takes place in the thylakoid membrane and uses Photosystem I and the chlorophyll P700.

During cyclic photophosphorylation, the electrons are transferred back to P700 instead of moving into the NADP from the electron acceptor. This downward movement of electrons from an acceptor to P700 results in the formation of ATP molecules. 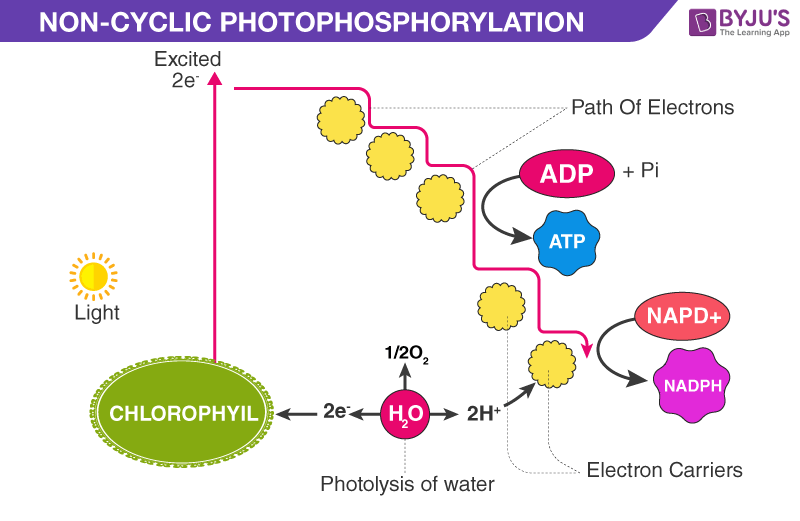 During non-cyclic photophosphorylation, the electrons released by P700 are carried by primary acceptor and are finally passed on to NADP. Here, the electrons combine with the protons – H+ which is produced by splitting up of the water molecule and reduces NADP to NADPH2.

Difference between Cyclic and Non-Cyclic Photophosphorylation

Following are the important differences between cyclic and non-cyclic photophosphorylation: