Let us have a detailed look at the plant cell, its structure, and the functions of different plant cell organelles.

Plant cells are eukaryotic cells that vary in several fundamental factors from other eukaryotic organisms. Both plant and animal cells contain a nucleus along with similar organelles. One of the distinctive aspects of a plant cell is the presence of a cell wall outside the cell membrane. 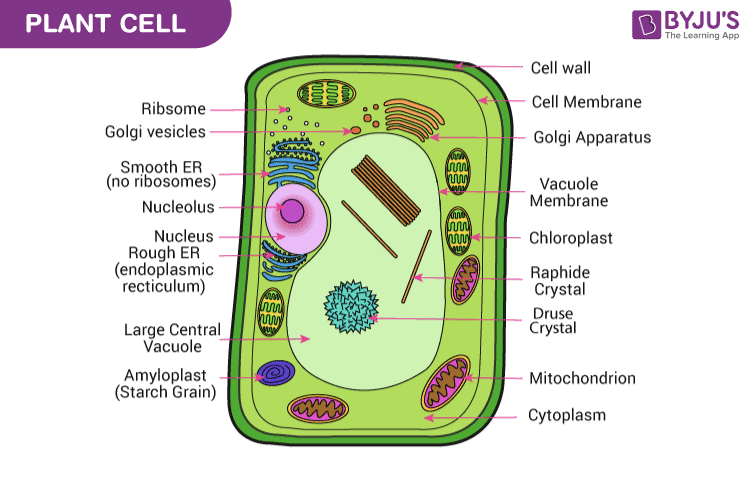 It is a rigid layer which is composed of polysaccharides cellulose, pectin and hemicellulose. It is located outside the cell membrane. It also comprises glycoproteins and polymers such as lignin, cutin, or suberin.

The primary function of the cell wall is to protect and provide structural support to the cell. The plant cell wall is also involved in protecting the cell against mechanical stress and providing form and structure to the cell. It also filters the molecules passing in and out of it.

They are membrane-bound organelles that have their own DNA. They are necessary to store starch and to carry out the process of photosynthesis. It is also used in the synthesis of many molecules, which form the building blocks of the cell. Some of the vital types of plastids and their functions are stated below:

They are found in the non-photosynthetic tissue of plants. They are used for the storage of protein, lipid and starch. 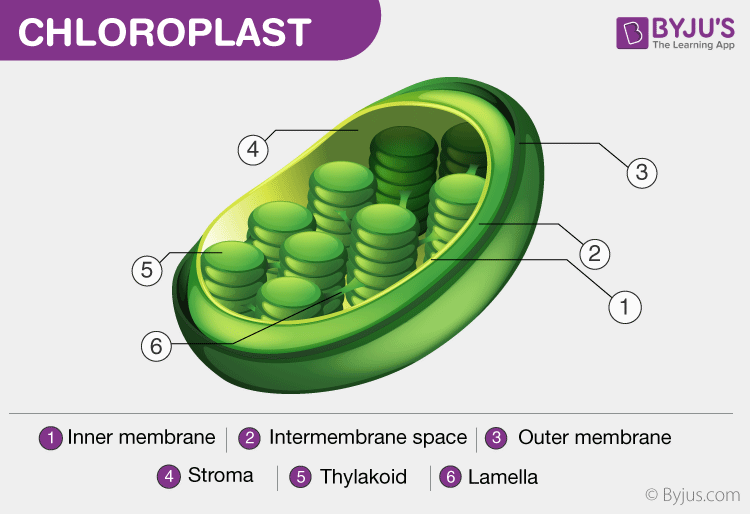 They are found in all eukaryotic cells, which are involved in distributing synthesised macromolecules to various parts of the cell.

Lysosomes are called suicidal bags as they hold digestive enzymes in an enclosed membrane. They perform the function of cellular waste disposal by digesting worn-out organelles, food particles and foreign bodies in the cell. In plants, the role of lysosomes is undertaken by the vacuoles.

Cells of a matured and higher plant become specialised to perform certain vital functions that are essential for their survival. Few plant cells are involved in the transportation of nutrients and water, while others for storing food.

Photosynthesis occurs in the chloroplasts of the plant cell. It is the process of preparing food by the plants, by utilising sunlight, carbon dioxide and water. Energy is produced in the form of ATP in the process.