Respiration could be defined in numerous ways, and they have all been discussed earlier. But the definition most relevant to the present topic would be that respiration is a byword for the exchange of gases. Now to have a clear understanding of respiration in plants, the difference between photosynthesis and respiration must be understood.

Let us take a glance at the exchange of gases in plants.

Photosynthesis occurs only during daytime since sunlight is an integral component of the same. Nevertheless, respiration, on the other hand, is a continuous process, day or night. Photosynthesis requires all plants to have a supply of carbon dioxide and hence the production of oxygen. While in the case of animals, it is the reverse as the supply of oxygen and disposal of carbon dioxide is a necessary component of cellular respiration. But unlike animals, most often, disregarding the exceptions, plants do not possess a specialized organ to facilitate the exchange of gases. 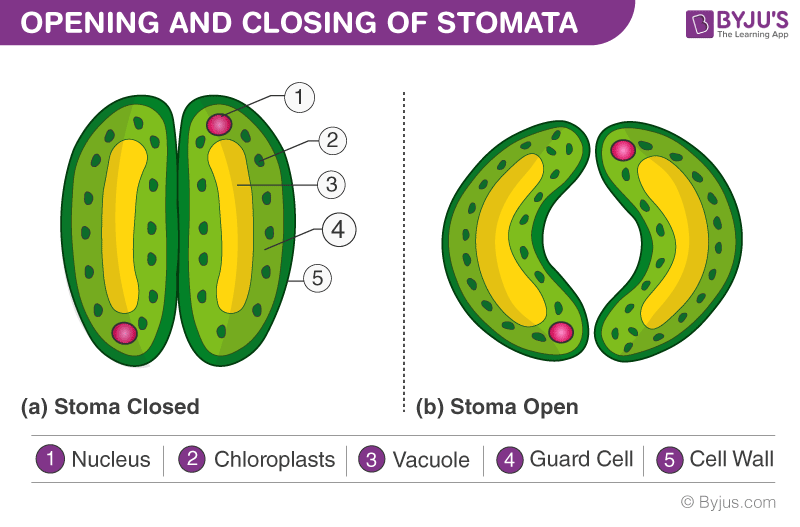 The process could be broken down into two parts:

The movement of gases in green plants or the gaseous exchange in plants is called diffusion and it is regulated by the stomata.

This was just the introduction of exchange of gases in plants. To learn more, visit BYJU’S.