Kirchhoff’s circuit laws lie at the heart of circuit analysis. With the help of these laws and the equation for individual components (resistor, capacitor and inductor), we have the basic tool to start analyzing circuits. In this article, we will discuss Kirchhoff’s current and voltage law and how to employ them in circuit analysis. 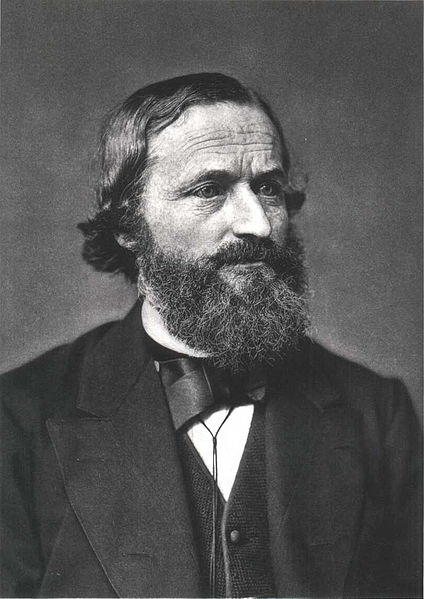 Gustav Robert Kirchhoff, a German physicist, was born on March 12, 1824, in Konigsberg, Prussia. His first research topic was on the conduction of electricity. This research led to Kirchhoff formulating the Laws of Closed Electric Circuits in 1845. These laws were eventually named after Kirchhoff and are now known as Kirchhoff’s Voltage and Current Laws. Since these laws apply to all electric circuits, understanding their fundamentals is paramount in the understanding of how an electronic circuit functions. Although these laws have immortalised Kirchhoff in the field of Electrical Engineering, he has additional discoveries. He was the first person to verify that an electrical impulse travelled at the speed of light. Furthermore, Kirchhoff made a major contribution to the study of spectroscopy and he advanced the research into blackbody radiation.

What are Kirchhoff’s Law?

In 1845, a German physicist, Gustav Kirchhoff developed a pair of laws that deal with the conservation of current and energy within electrical circuits. These two laws are commonly known as Kirchhoff’s Voltage and Current Law. These laws help in calculating the electrical resistance of a complex network or impedance in case of AC and the current flow in different streams of the network. In the next section, let us look at what these laws state.

What do Kirchhoff’s laws state?

According to Kirchhoff’s Current Law,

The total current entering a junction or a node is equal to the charge leaving the node as no charge is lost.

Put differently, the algebraic sum of every current entering and leaving the node has to be null. This property of Kirchhoff law is commonly called Conservation of charge wherein, I(exit) + I(enter) = 0.

The term Node refers to a junction or a connection of two or more current-carrying routes like cables and other components. Kirchhoff’s current law can also be applied to analyze parallel circuits.

According to Kirchhoff’s Voltage Law,

The voltage around a loop equals to the sum of every voltage drop in the same loop for any closed network and also equals to zero.

Put differently, the algebraic sum of every voltage in the loop has to be equal to zero and this property of Kirchhoff’s law is called conservation of energy.

When you begin at any point of the loop and continue in the same direction, note the voltage drops in all the directions either negative or positive and return to the same point. It is essential to maintain the direction either counterclockwise or clockwise; else the final voltage value will not be equal to zero. The voltage law can also be applied in analyzing circuits in series.

When either AC circuits or DC circuits are analysed based on Kirchhoff’s circuit laws, you need to be clear with all the terminologies and definitions that describe the circuit components like paths, nodes, meshes, and loops. Stay tuned to BYJU’S to learn many more concepts such as this. Keep Learning!