Kirchhoff’s laws are fundamental to circuit theory. They quantify how current flows through a circuit and how voltage varies around a loop in a circuit. Kirchhoff’s circuit laws were first described in 1845 by the German physicist Gustav Kirchhoff.

Kirchhoff’s first law goes by several names as Kirchhoff’s Current Law (KCL), Kirchhoff’s Junction Rule, Kirchhoff’s point rule, Kirchhoff’s nodal rule. It is an application of the principle of conservation of electric charge. The law states that at any circuit junction, the sum of the currents flowing into and out of that junction are equal.

In simple terms, what KCL really says is that,

where n is the total number of branches carrying current towards or away from the node.

Let us look at a few examples that demonstrate the law in practice and understand its importance in determining the unknown parameters.

Example 1: Let us consider a network of assumed directions of the current as shown below.

Example 2: Using KCL to determine the value of the unknown current i in the circuit below.

Assuming that the current entering the node is positive, the sum of the currents is given by the equation,

Together Kirchhoff’s Voltage Law and the Current Law are a great pair of tools useful in analyzing electric circuits.

Let us identify the different nodes in the circuit as A and B.

2. Calculate the currents I1 and I2, in the circuit below.

Let us identify the two nodes in the circuit as A and B.

Now applying KCL to node A, assuming the currents leaving the nodes as positive, we get

Now applying KCL to node B, we get

Substituting the value of I1 in the above equation, we get

Watch the video and learn basic electrical circuit concepts and learn to solve problems on Electrical Circuit, KCL, and KVL. 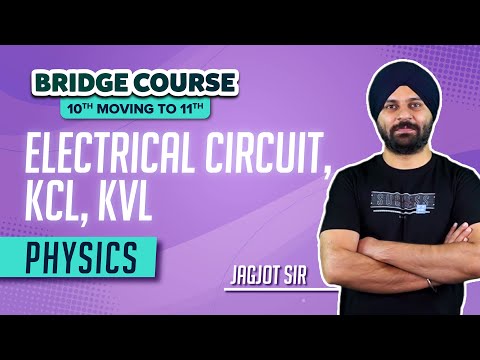 Who put forth Kirchhoff’s circuit laws?

Kirchhoff’s circuit laws were put forth by Gustav Kirchhoff, the German physicist.

What is Kirchhoff’s first law also known as?

What are non-mechanical waves?