The induced electromotive force with different polarities induces a current whose magnetic field opposes the change in magnetic flux through the loop in order to ensure that the original flux is maintained through the loop when current flows in it.

Lenz’s Law is reflected in the formula of Faraday’s law. Here the negative sign is contributed by Lenz’s law. The expression is –

Following is the table with links to other Physics related laws:

To find the direction of the induced electromotive force and current we look to Lenz’s law. Lenz proved some experiments in accordance with his theory. 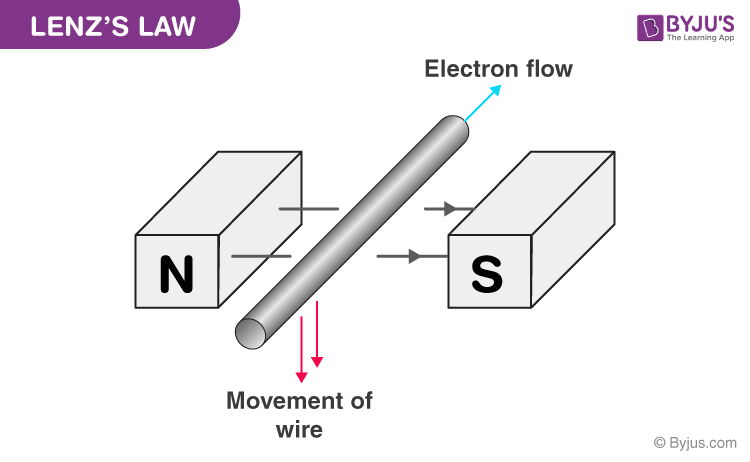 In the second experiment, he concluded that when the current-carrying coil is wound on an iron rod with its left end behaving as N-pole and is moved towards coil S, an induced current will be produced.

The negative sign in Lenz’s law indicates that the induced emf in the coil is in the opposite direction of the magnetic flux, which is linked with the coil.

Lenz’s law is used to explain how electromagnetic circuits obey the conservation of energy and Newton’s third law.