A few minutes of power outage makes us realize how important electric current is to us. Many inventions and discoveries have been made in order to facilitate the human life smoothly. The discovery of current electricity is one such discovery that we are highly dependent on to make our life easier. Here, in this article let us learn about current electricity and its characteristics.

What is Current Electricity?

Any motion of charges from one section to another is current. When two bodies at different potentials are linked with a wire, free electrons stream from B to A, until both the objects reach the same potential, after which the current stops flowing. Until a potential difference is present throughout a conductor, current runs. The division of physics that deals with charges in motion is termed as current electricity. 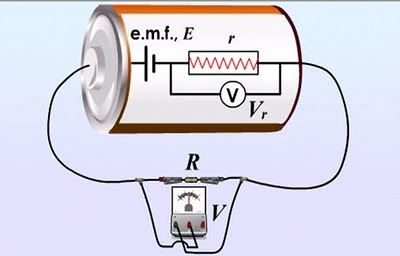 Just as a liquid in a horizontal tube does not flow, no current runs in a copper cable by itself. Water will flow out of the other end at a steady rate if one end of the tube is attached to a tank with water such that there is a pressure difference amidst the two ends of the horizontal tube.

If the physical conditions i.e. temperature, mechanical strain, etc. remain constant It was discovered through experimentation that the current travelling through a conductor is directly proportional to the potential difference V in between its two ends.

The resistivity of a metallic conductor virtually at all times grows with increasing temperature.

There are a large number of universally used circuit elements which do not obey Ohm’s law as it is not a fundamental law of nature.

Some substances, including numerous alloys and metals, display a phenomenon termed as superconductivity.

Resistors in Series and in Parallel:

When resistors, can be linked in such a way that equal amounts of current flow in them, then they are said to be attached in series. The resistors are believed to be linked in parallel if the electric potential difference is similar across each resistor.

Ohm’s law cannot be applied to many electrical circuits. This is caused when resistors are linked in a complex manner or when there is more than one source of emf in the circuit. Two laws founded on charge neutrality in a metal were developed by Gustav Robert Kirchhoff to solve such complicated circuits.

Stay tuned with BYJU’S to learn more about electric current, ohm’s law and much more.

On what basis are Kirchhoff’s first and second laws based on?

What happens to the conductance, if the length of the wire is doubled?

What happens to the spring, if current is passed through a spring?