Electricity is all about the flow of electrons. Our daily life is full of such examples that are related to different types of electricity. For example – when we rub the comb into hairs and take it near small pieces of paper, all the paper pieces get attracted towards the comb. This is because of static charge that is developed due to rubbing of comb on oily hairs.

Static electricity refers to an imbalance between the electric charges in a body, specifically the imbalance between the negative and the positive charges on a body. The imbalance in the charge is introduced by physical means. One of the most common causes of static electricity is the contact between solid objects. It was mentioned earlier that the movement of protons is not possible and the only movement of electric charge seen in static electricity is electrons. Electrons in materials are held extremely loosely meaning that they can be exchanged through simple contact like rubbing. These charges can build up on the surface of an object until they find a way to be released or discharged. One way to discharge them is through a circuit and this is exactly what a lightning strike is. Static electricity is the electric field which is developed due to the stationary charges. The surface of the material includes some electric charges which combine the static electricity on that material. These static charges might come on the surface or through the contact with one of the most charged body or it can be through extra ions present in the air.

Static Charge Build-up in the Clouds

The evaporated water rises from the surface of the Earth and goes up to great heights in our atmosphere. Here the warm droplets from the surface of the earth and going to the atmosphere and the cold water droplets are descending from the sky back to the earth in the form of thick rainclouds that bring rain to us. This opposing motion of hot air and cold air causes the exchange of electrons due to the friction and the mixing of the air high up in the atmosphere. This causes the top of rainclouds to develop an excessive positive charge and the bottom of the cloud develops an equally high negatively charged. Similarly, when the tiny water droplets in the sky freeze over, the charge imbalance further worsens. These charges also contribute to the total charge imbalance in a cloud. 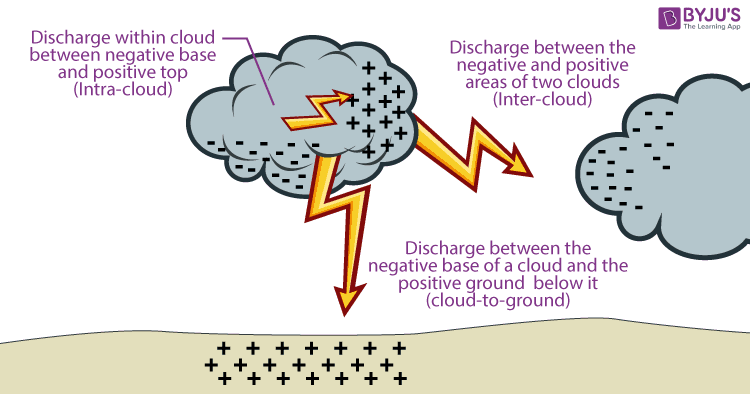 This charge imbalance keeps increasing in the cloud. Air normally does not allow the flow of charges through it due to which the imbalance further increases. After a certain point, the charge imbalance gets too high for the cloud to handle. This means that the charge imbalance has to be neutralized. This is done by opening up a channel of conduction through the air to allow the flow of charges to correct the imbalance. This channel of conduction is known as lightning. Once the point of contact either on earth or on another cloud is found, billions of electrons flow through this small lightning path and this enormous flow of electric charge causes the path of the lightning to heat up and expand violently. This expansion of air creates a loud rumbling noise we know as thunder.

Lightning Rod and Other Protective Measures 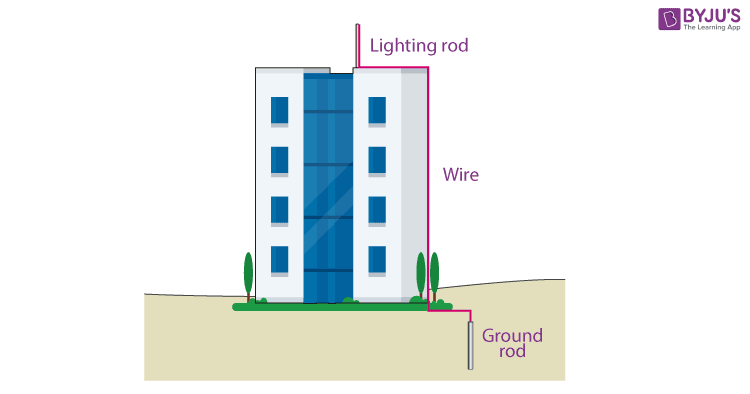 There are two types of charges:

And, charges which get separated in this fashion are known as static electricity.

There are two methods that are used for producing static charges: