What is Periodic Function?

A body is said to be in periodic motion if the motion it’s executing is repeated after equal intervals of time, like a rocking chair, a swing in motion. A periodic function can be defined as:

A function returning to the same value at regular intervals. 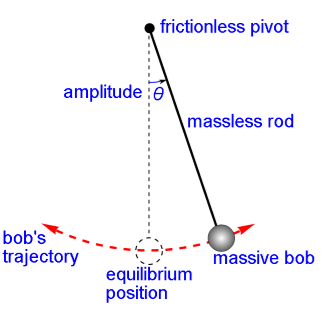 Periodic function of a pendulum bob

To understand the concept of periodic function let’s consider a pendulum bob, oscillating along with its equilibrium position, the trajectory of the bob is shown below, now if the bob is oscillating then, its displacement will also vary from zero to positive and back to zero and negative, this can be easily illustrated with a graph, 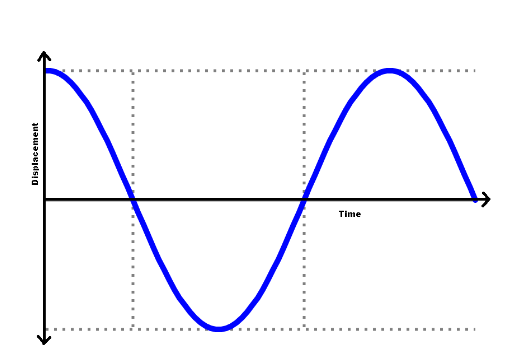 A function f is said to be periodic if, for some non-zero constant P, it is the case that:

For all values of x in the domain. A non-zero constant P for which this is the case is called a period of the function.

Let’s take a case of an oscillating object, its displacement in periodic motion is represented by a function which is periodic in time;

We have to concentrate on the elements of this function, the cosine function repeats itself in time from trigonometry we know the following;

Remember that the motion of a simple pendulum approximates to that of simple harmonic motion only if the angle is small.