Power, in general, is defined as the rate at which energy is transferred or converted or the rate of doing work. Thus, power can be calculated using the formula P = W / t. On the other hand, power is a scalar quantity and is basically the amount of energy consumed per unit of time which has no direction. While we have already talked about power in our other article, on this page students will find all the information regarding the unit of power.

According to popular standards, the SI unit of power is none other than the watt which is represented by the symbol (W). One joule per second is also equal to one watt. Interestingly, the name was kept in recognition of James Watt, who invented the condenser for the steam engine. He also coined the term horsepower, which is the older unit of power. It can be depicted as; 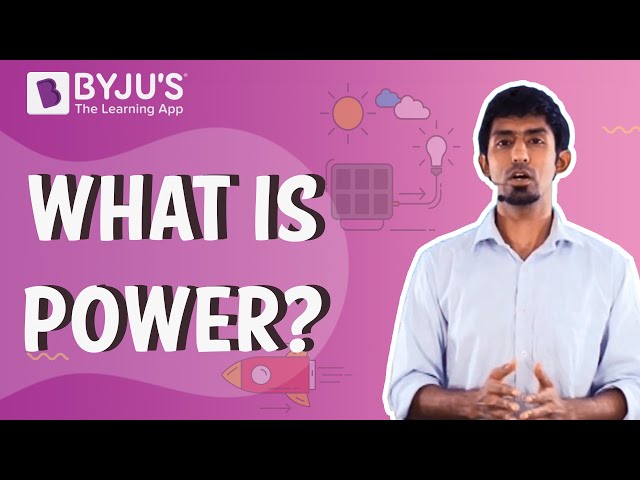 Power is defined as the rate at which energy is transferred or converted or the rate of doing work.

What is the formula to calculate power?

What is the SI unit of power?

State true or false: One joule per second is also equal to one watt.

Units of power are ergs per second (erg/s), horsepower (hp), and foot-pounds per minute.
Test your Knowledge on unit of power
Q5