Reflection Of Sound And Its Application The concept of reflection of sound is familiar to everyone. Let’s understand this by a small activity. If we take two tubes and position them against a wall, as shown in the figure below, upon placing a speaker or any other source of sound near one end of the tube, we receive the sound at the end of the other tube. This activity proves that the surface of wall reflects the sound wave. In this section we shall learn more about the reflection of sound and its application in day-to-day life. 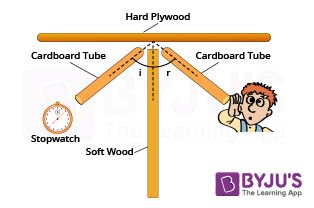 Sound is defined as oscillations or auditory sensation evoked by oscillations in particle displacement or velocity, propagated in a medium with internal force. Sound propagates as a mechanical wave, through a medium such as air or water.

Laws of Reflection of Sound

Applications of reflection of sound

The sound heard after reflections from a rigid surface such as a cliff or a wall are called echo creating a persistence of sound even after the source of sound has stopped vibrating. The echo is used by bats and dolphins to detect obstacles or to navigate. The same principle is used in SONAR (Sound Navigation And Ranging technique), used in oceanographic studies. SONAR is used for the detection and location of unseen underwater objects, such as submerged submarine, sunken ships, and ice-bergs. In SONAR, ultrasonic waves are sent in all directions from the ship and the received signal is analysed.

A hearing aid is a device used by people with difficulty in hearing. Here, the sound waves are received by the hearing aid and are reflected in a narrower area leading to the ear. Megaphones are horn-shaped tubes that prevent the spreading out of sound waves by successive reflections, thus confining them to the air in the tube. 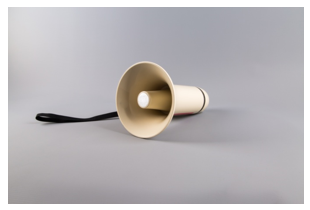 Sound boards are curved surfaces that are placed in such a way that the sound source is at the focus. The sound waves are made to reflect equally throughout the hall or an auditorium thus enhancing their quality. 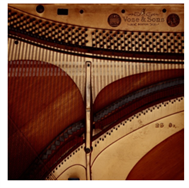 Learn more about sound waves and their characteristics with the expert team of mentors at BYJU’S.