Density is a measurement that compares the amount of matter an object has to its volume. An object with much matter in a certain volume has a high density. In this article, we will learn about the definition of density and the units of density.

The density of material shows the denseness of that material in a specific given area. A material’s density is defined as its mass per unit volume. Density is essentially a measurement of how tightly matter is packed together. It is a unique physical property of a particular object. The principle of density was discovered by the Greek scientist Archimedes. It is easy to calculate density if you know the formula and understand the related units The symbol ρ represents density or it can also be represented by the letter D.

How is Density Calculated?

Mathematically, the density of an object is expressed as follows:

Each substance has a specific density. Generally, the density of water (which is approximately about 1 gram/cubic centimetre) is taken as the standard value for calculating the density of substances. However, the SI unit of Density is measured using kilograms per cubic metre (kg/m3).

Talking about other density units, metric tons and litres are also used even though they are not part of the SI. Some other units include:

In addition to this, in the cgs system density is measured in grams per cubic centimetre (g/cm3).

Applications of Density in Real Life

Many applications of density are there in our real-life, life a few examples are in pipe design, shipbuilding, helium balloons, weight distribution in the aeroplane, and the fact that ice floats on water.

Take two boxes that have the same volume. Fill the first box with x balls and the second box with 6x balls. If the mass of each ball is the same, which box would weigh more?

The box that has more balls has more mass per unit of volume.

Density is given by the formula:

The mass of the shiny rock you found is identical with the mass of diamond.

The below video is an explanation of the properties of water: 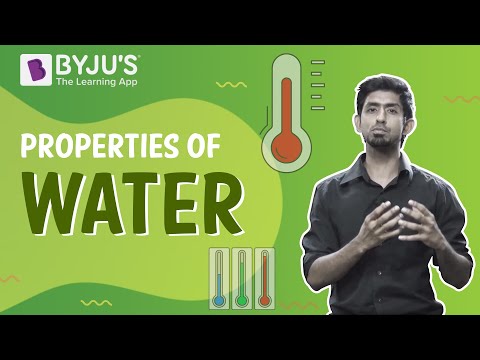 A material’s density is defined as its mass per unit volume.

Who discovered the principle of Density?

The principle of density was discovered by the Greek scientist Archimedes.

How would you find the density of a human body?

How will we know if a substance is less dense than water?

If a substance weighs less than an equal volume of water, it is less dense and will float.

What happens to the least dense of two immiscible liquids?

If the liquids are immiscible, and they are not stirred, or only stirred gently, they will separate into 2 layers, with the less dense floating on the more dense liquid.

Test your Knowledge on unit of density
Q5