“Biology is defined as the study of living organisms, their origins, anatomy, morphology, physiology, behaviour, and distribution.”

Life is teeming in every corner of the globe – from the frozen Arctics to the searing Sahara. And with over 8.7 million species documented till date, the earth is the only planet in the universe where life is known to exist.

Advancements in technology have opened up even more insights about life and its constituents. For instance, discoveries such as viruses have scrutinized traditional definitions and pushed scientists to look at life from a whole new perspective.

Biology caters to these intriguing aspects through various sub-disciplines or branches. Some branches are intertwined with other disciplines of science.

For instance, theoretical biology is a branch of biology that encompasses mathematical models to investigate certain principles that affect life.

Quantum Biology deals with biological processes that are quantum mechanical in nature – such as the conversion of energy into more usable forms. Other branches of biology are as follows:

Did you know, carbon is the second most abundant element in humans (about 18% of mass) after oxygen? Explore more about this element and the reason behind its importance in biological elements.

The human body is an amazing system as it is made up of a group of organs called the organ system. Explore more about the organ systems starting from the circulatory system to the nervous system and much more.

Several chemical reactions are taking place in the body of a living organism, and surprisingly all of them are mediated by enzymes. Read more about how energy transfers occur in a human body and how biological energy transfers work and much more.

Structure of a Cell

Do you know, humans have about 100 trillion cells in their body! All the living organisms that exist in this whole universe – like mushrooms, plants, humans, elephants etc. are made up of lots and lots of cells! Learn more about different types of cells, their structure and much more.

This topic is all about how cells protect themselves from the surrounding with a barrier. Explore more about what this barrier is made up of? How it works and how the molecules are transported across the membrane?

Respiration is one of an essential process carried out by all living organism to survive. Explore more about how it extracts energy from food for the human body? How respiration occurs at the cellular level, its types and much more.

Did you know photosynthesis is the single most important chemical process on the earth? Learn more about how plants utilize sunlight to convert light energy into chemical energy, Calvin Cycle, light-dependent reactions and much more.

Did you know in an average human body, almost 2 trillion cell divisions occur daily? Every organism goes through the cell division process. So let’s study about how cell division occurs and how the problem in cell cycle control is responsible for causing cancer.

Know about the reason behind the resemblance of children to their parents, the impact of genetics on the next generation and explore more about Mendel’s model of inheritance, it’s disorders and much more.

DNA as the Genetic Material

Did you know your DNA could stretch from the earth to the sun and back approximately 600 times? Explore more facts about DNA, its structure and much more.

The central dogma of molecular biology explains the flow of genetic information, from DNA to RNA, to make a functional product, a protein. Explore more about this amazing process and much more.

Did you know we have tens of thousands of genes in our genome? Read more about what is gene regulation and how it controls the manner and rate of gene expression.

Did you know humans have unknowingly used biotechnology practices for thousands of years, specifically in pharmaceuticals and farming? Explore more facts about biotechnology, its application and its scope in agriculture.

At about 5 million trillion strong, bacteria and their cousins, the archaea, vastly outnumber all other life-forms on earth! Read about the difference between bacteria and archaea and much more.

Viruses are neither dead nor alive! Yes, it is quite surprising, so learn more facts about these fascinating particles that occupy a “grey area” between living and nonliving things.

Evolution and the Tree of life

Discover the diversity of life on earth and the forces that help to shape it! Explore more about evolution, natural selection and biological evolution and much more.

History of life on Earth

The first life on Earth developed in the oceans through a process called abiogenesis or biopoesis. This is a natural process in which life grows from non-living matter like simple organic compounds! Explore more about life on earth.

Ecology encompasses all living things, from single-cellular and acellular organisms, through to the most complex of all living creatures. Read more about ecology, population ecology, types of biogeochemical cycles and much more.

Biodiversity is critical to an ecosystem because each species plays a different role in the maintenance of the ecosystem. Discover more about the ecosystem, ecosystem services and much more.

Did you know pineapple is a berry? Explore more facts and information about plants like parts of plants, classification of plants and much more.

Origin of the Term “Biology”

Before the term biology was adapted, other terms existed which described the study of plants and animals. For instance, the term Natural History was used to explain animals, plants fungi and other lifeforms in their natural environment.

Furthermore, it was observational rather than an experimental field of study. Hence, a person who would study natural history is termed as a natural historian or a naturalist. Other terms that came before biology included Natural Theology and Natural philosophy.

Origins as a Field of Study

For the very first humans, knowledge about plant and animal meant the difference between life or death. As a result, cumulative knowledge about species, behaviour and anatomy were passed down for many generations.

However, the most significant development in biological knowledge came when humans transitioned from hunters and foragers to farmers, cultivating crops and perfecting agriculture.

Traditions of medicine, collective knowledge from physicians, works of prominent historical figures such as Aristotle eventually coalesced into the field of study we know today as biology.

The most significant revolutions in biology came during the 19th century, with a host of discoveries and technological innovations. 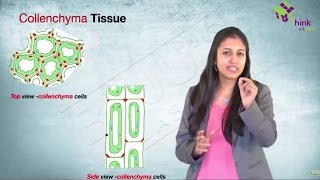 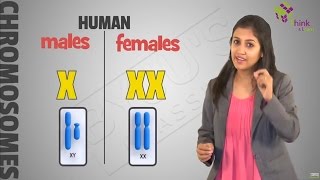 Who is the father of biology?

Who is the mother of biology?

Who is the Father of Zoology?

Who is the Father of Virology?