Difference between Prokaryotic and Eukaryotic Cells

Biotic components of the environment include all forms of life from minute bacteria to towering giant Sequoias. However, at the microscopic level, all living organisms are made up of the same basic unit – the cell.

As a result, the cell is referred to as the structural and functional unit of all living organisms. The word cell has its origins in Latin, and when translated, it means “small room” and was first observed by Robert Hooke – an English natural philosopher in the year 1665.

He also compared his discovery to the cells in a honeycomb, as they showcase a similar structure. 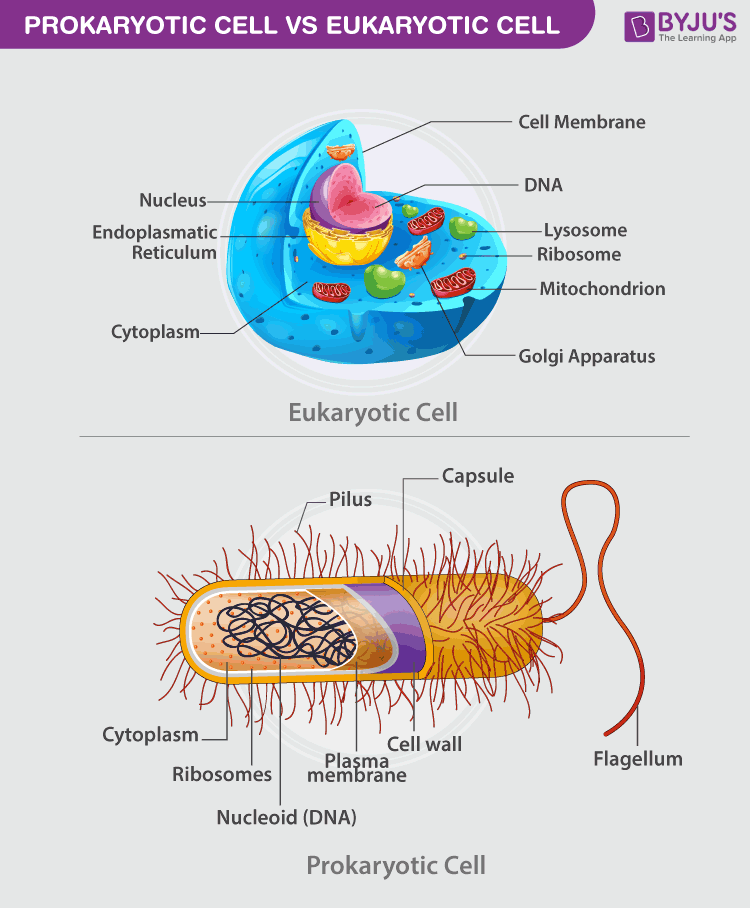 An image illustrating the difference between Prokaryotic and Eukaryotic Cells. Note that the prokaryotic cell is a complete individual organism

Eventual advancements in science and technology shed more light into the cell, with new findings and discoveries about its structure and cellular components. During the 1950s, scientists postulated the concept of prokaryotic cells and eukaryotic cells, with earlier groundwork being laid by Edouard Chatton, a French Biologist in 1925.

The term “prokaryote” is derived from the Greek word “pro“, (meaning: before) and “karyon” (meaning: kernel). It translates to “before nuclei.“

Prokaryotes are one of the most ancient groups of living organisms on earth, with fossil records dating back to almost 3.5 billion years ago.

These prokaryotes thrived in the earth’s ancient environment, some using up chemical energy and others using the sun’s energy. These extremophiles thrived for millions of years, evolving and adapting. Scientists speculate that these organisms gave rise to the eukaryotes.

Prokaryotic cells are comparatively smaller and much simpler than eukaryotic cells. The other defining characteristic of prokaryotic cells is that it does not possess membrane-bound cell organelles such as a nucleus. Reproduction happens through the process of binary fission.

Structurally, prokaryotes have a capsule enveloping their entire body, and it functions as a protective coat. This is crucial for preventing the process of phagocytosis (where the bacteria gets engulfed by other eukaryotic cells, such as macrophages) The pilus is a hair-like appendage found on the external surface of most prokaryotes and it helps the organism to attach itself to various environments. The pilus essentially resists being flushed, hence, it is also called attachment pili. It is commonly observed in bacteria.

Right below the protective coating lies the cell wall, which provides strength and rigidity to the cell. Further down lies the cytoplasm that helps in cellular growth, and this is contained within the plasma membrane, which separates the interior contents of the cell from the outside environment. Within the cytoplasm, ribosomes exist and it plays an important role in protein synthesis. It is also one of the smallest components within the cell.

Some prokaryotic cells contain special structures called mesosomes which assist in cellular respiration. Most prokaryotes also contain plasmids, which contain small, circular pieces of DNA. To help with locomotion, flagella are present, though, pilus can also serve as an aid for locomotion.  Common examples of Prokaryotic organisms are bacteria and archaea. Also, all members of Kingdom Monera are prokaryotes.

The term “Eukaryotes” is derived from the Greek word “eu“, (meaning: good) and “karyon” (meaning: kernel), therefore, translating to “good or true nuclei.” Eukaryotes are more complex and much larger than prokaryotes.  They include almost all the major kingdoms except kingdom monera.

The nucleus contains DNA, which is responsible for storing all genetic information. The nucleus is surrounded by the nuclear membrane. Within the nucleus exists the nucleolus, and it plays a crucial role in synthesising proteins. Eukaryotic cells also contain mitochondria, which are responsible for the creation of energy, which is then utilized by the cell.

Present in only plant cells, chloroplasts are the subcellular sites of photosynthesis. The endoplasmic reticulum helps in the transportation of materials. Besides these, there are also other cell organelles that perform various other functions and these include ribosomes, lysosomes, Golgi bodies, cytoplasm, chromosomes, vacuoles and centrosomes.

Difference between Prokaryotic and Eukaryotic Cells

Though these two classes of cells are quite different, they do possess some common characteristics. For instance, both possess cell membranes and ribosomes, but the similarities end there. The complete list of differences between prokaryotic and eukaryotic cells is summarized as follows: 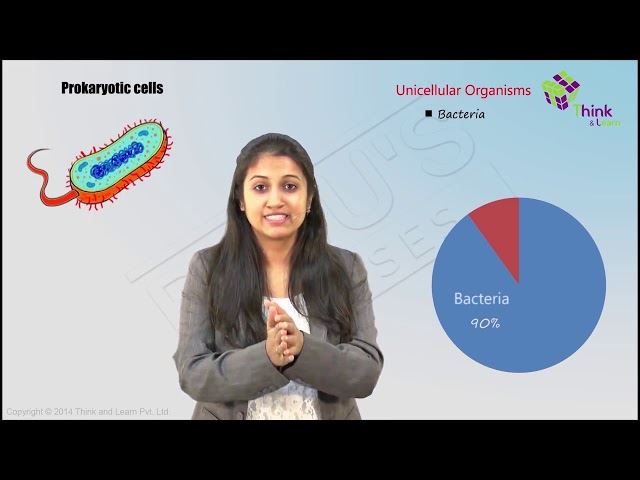 Learn more about prokaryotic cell and eukaryotic cell, their differences and other related topics at BYJU’S Biology

What is a Prokaryotic cell?

A prokaryotic cell is a primitive type of cell that is characterized by the absence of a nucleus. Furthermore, prokaryotes do not possess membrane-bound cellular organelles. Prokaryotes are exclusively unicellular.

What is a Eukaryotic cell?

Eukaryotic cells are cells that possess a true nucleus along with membrane-bound organelles. Eukaryotes can either be unicellular or multicellular.

What is the difference between Prokaryotic and Eukaryotic cells?

The cell is the basic functional and structural unit of life. Cell plays a vital role in all biological activities and include membrane-bound organelles, which perform several individual functions to keep the cell alive and active.

The ribosome is a multi-component cell organelle consisting of RNA and protein. Therefore, it is called the site of protein synthesis. Ribosomes are present both in prokaryotic and eukaryotic cells. Compared to prokaryotes, eukaryotes have larger ribosomes in their cells.

List out the unique features of Animal and Plant Cells.

Both animal and plant cells have several unique features. Listed below are some important features:

Chloroplasts are the plastids found in all plant cells. These cell organelles comprise the photosynthetic pigment called chlorophyll and are involved in synthesizing food by the process of photosynthesis.

Who discovered Cell and Cell Theory?

The cell was first discovered in the year 1665 by an English natural philosopher Robert Hooke. The Cell Theory was explained by Theodor Schwann and Matthias Jakob Schleiden in the year 1830.