More than 8.7 million species are living on the planet. Every single species is composed of a cell and it includes both single-celled and multicellular organisms.

The cells provide shape, structure and carry out different types of functions to keep the entire system active. The cell contains different functional structures which are collectively called organelles, and they are involved in various cellular functions.

Let us learn more in detail about the different types and functions of Cell Organelles. 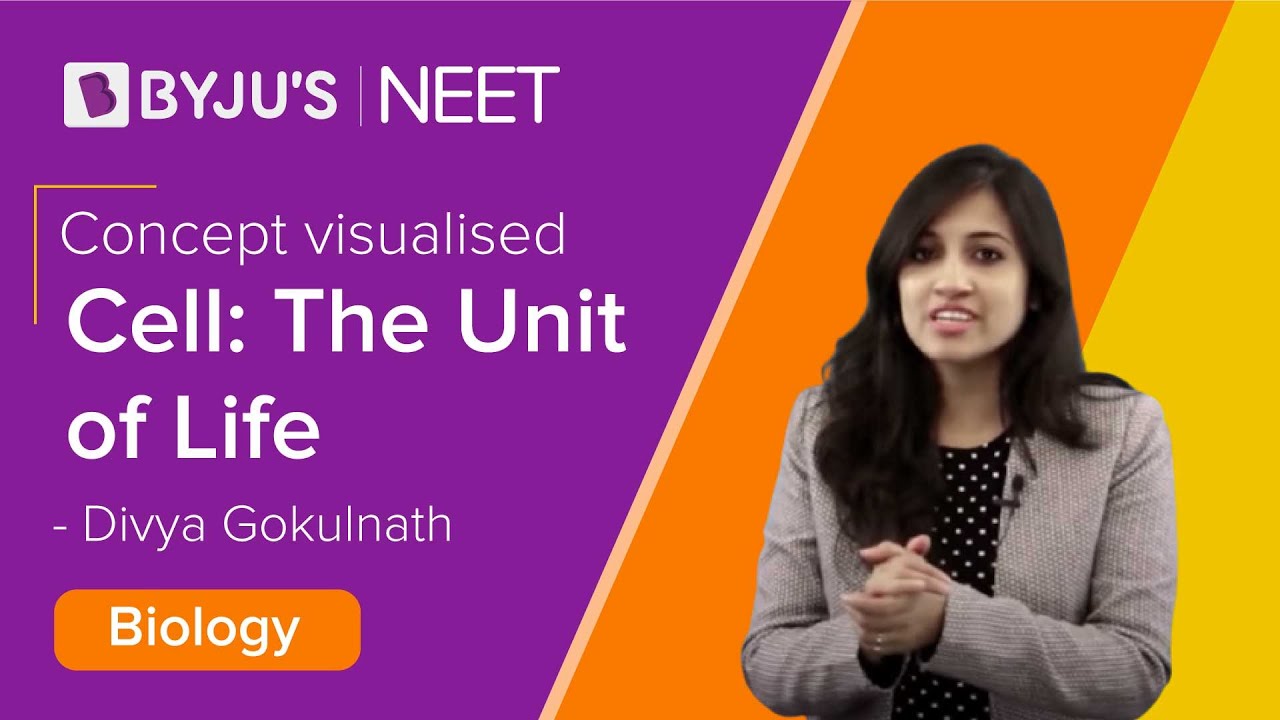 A cell is the basic structural and functional unit of a living organism. According to cell theory postulates, a cell is the basic building block of life, which makes anything alive and is self-sufficient to carry out all the fundamental functions of an organism.

What are  Cell Organelles?

The cellular components are called cell organelles. These cell organelles include both membrane and non-membrane bound organelles, present within the cells and are distinct in their structures and functions. They coordinate and function efficiently for the normal functioning of the cell. A few of them function by providing shape and support, whereas some are involved in the locomotion and reproduction of a cell. There are various organelles present within the cell and are classified into three categories based on the presence or absence of membrane.

Organelles without membrane: The Cell wall, Ribosomes, and Cytoskeleton are non-membrane-bound cell organelles. They are present both in the prokaryotic cell and the eukaryotic cell.

Let us learn more in detail about the different cell organelles in brief. 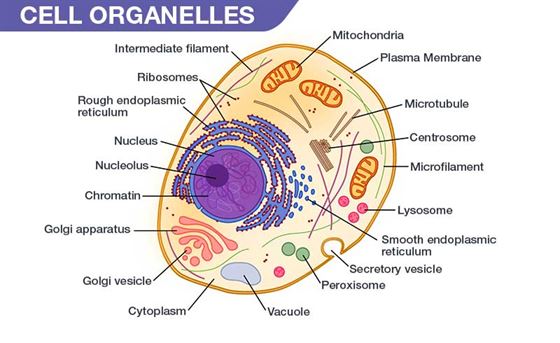 The plasma membrane is also termed as a Cell Membrane or Cytoplasmic Membrane. It is a selectively permeable membrane of the cells, which is composed of a lipid bilayer and proteins.

The plasma membrane is present both in plant and animal cells. It functions as the selectively permeable membrane, by permitting the entry of selective materials in and out of the cell according to the requirement. In an animal cell, the cell membrane functions by providing shape and protects the inner contents of the cell. Based on the structure of the plasma membrane, it is regarded as the fluid mosaic model. According to the fluid mosaic model, the plasma membranes are subcellular structures, made of a lipid bilayer in which the protein molecules are embedded.

Also refer to the Difference Between Cell Membrane and Plasma Membrane

The cytoplasm is present both in plant and animal cells. They are jelly-like substances, found between the cell membrane and nucleus.  They are mainly composed of water,  organic and inorganic compounds. The cytoplasm is one of the essential components of the cell, where all the cell organelles are embedded. These cell organelles contain enzymes, mainly responsible for controlling all metabolic activity taking place within the cell and are the site for most of the chemical reactions within a cell. 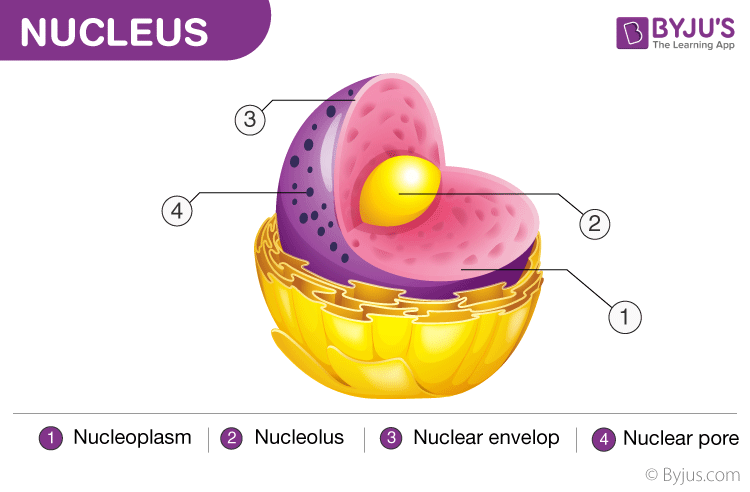 The nucleus is a double-membraned organelle found in all eukaryotic cells. It is the largest organelle, which functions as the control centre of the cellular activities and is the storehouse of the cell’s DNA. By structure, the nucleus is dark, round, surrounded by a nuclear membrane. It is a porous membrane (like cell membrane) and forms a wall between cytoplasm and nucleus. Within the nucleus, there are tiny spherical bodies called nucleolus. It also carries an essential structure called chromosomes.

Chromosomes are thin and thread-like structures which carry another important structure called a gene. Genes are a hereditary unit in organisms i.e., it helps in the inheritance of traits from one generation (parents) to another (offspring). Hence, the nucleus controls the characters and functions of cells in our body.  The primary function of the nucleus is to monitor cellular activities including metabolism and growth by making use of DNA’s genetic information. Nucleoli in the nucleus are responsible for the synthesis of protein and RNA.

Also read about the Nucleus

Mitochondria are called the powerhouses of the cell as they produce energy-rich molecules for the cell. The mitochondrial genome is inherited maternally in several organisms. It is a double membrane-bound, sausage-shaped organelle, found in almost all eukaryotic cells.

The double membranes divide its lumen into two distinct aqueous compartments. The inner compartment is called a ‘matrix’ which is folded into cristae whereas the outer membrane forms a continuous boundary with the cytoplasm. They usually vary in their size and are found either round or oval in shape. Mitochondria are the sites of aerobic respiration in the cell, produces energy in the form of ATP and helps in the transformation of the molecules.

For instance, glucose is converted into adenosine triphosphate – ATP. Mitochondria have their own circular DNA, RNA molecules, ribosomes (the 70s), and a few other molecules that help in protein synthesis.

Plastids are large, membrane-bound organelles which contain pigments. Based on the type of pigments, plastids are of three types: Ribosomes are non membrane-bound and important cytoplasmic organelles found in close association with the endoplasmic reticulum. Ribosomes are found in the form of tiny particles in a large number of cells and are mainly composed of 2/3rd of RNA and 1/3rd of protein. They are named as the 70s (found in prokaryotes) or 80s (found in eukaryotes) The letter S refers to the density and the size, known as Svedberg’s Unit. Both 70S and 80S ribosomes are composed of two subunits. Ribosomes are either encompassed within the endoplasmic reticulum or are freely traced in the cell’s cytoplasm. Ribosomal RNA and Ribosomal proteins are the two components that together constitute ribosomes. The primary function of the ribosomes includes protein synthesis in all living cells that ensure the survival of the cell.

Golgi Apparatus is also termed as Golgi Complex. It is a membrane-bound organelle, which is mainly composed of a series of flattened, stacked pouches called cisternae. This cell organelle is primarily responsible for transporting, modifying, and packaging proteins and lipids to targeted destinations. Golgi Apparatus is found within the cytoplasm of a cell and is present in both plant and animal cells. 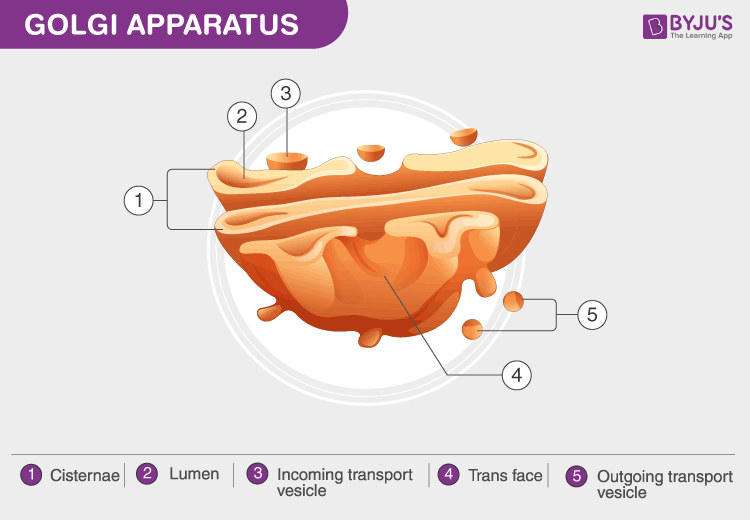 Also read about the Golgi Apparatus

Microbodies are membrane-bound, minute, vesicular organelles, found in both plant and animal cells. They contain various enzymes and proteins and can be visualized only under the electron microscope.

It is a continuous network of filamentous proteinaceous structures that run throughout the cytoplasm, from the nucleus to the plasma membrane. It is found in all living cells, notably in the eukaryotes. The cytoskeleton matrix is composed of different types of proteins that can divide rapidly or disassemble depending on the requirement of the cells. The primary functions include providing the shape and mechanical resistance to the cell against deformation, the contractile nature of the filaments helps in motility during cytokinesis.

Cilia are hair-like projections, small structures, present outside the cell wall and work like oars to either move the cell or the extracellular fluid. Flagella are slightly bigger and are responsible for the cell movements. The eukaryotic flagellum structurally differs from its prokaryotic counterpart. The core of the cilium and flagellum is called an axoneme, which contains nine pairs of gradually arranged peripheral microtubules and a set of central microtubules running parallel to the axis. The central tubules are interconnected by a bridge and are embedded by a central sheath. One of the peripheral microtubular pairs is also interconnected to the central sheath by a radial spoke. Hence there are a total of 9 radial spokes. The cilia and flagella emerge from centriole-like structures called basal bodies.

Also read about the Difference Between Cilia And Flagella 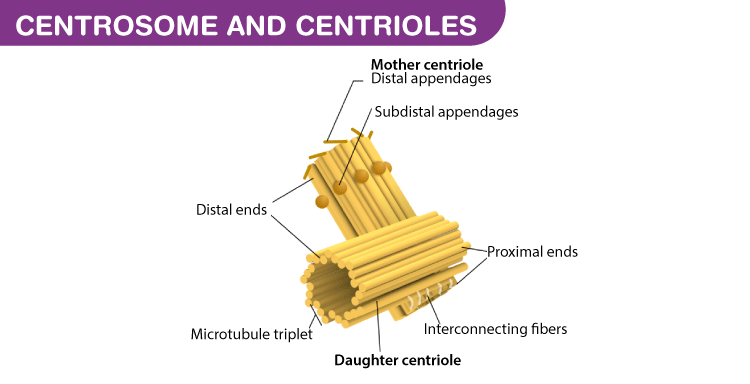 The centrosome organelle is made up of two mutually perpendicular structures known as centrioles. Each centriole is composed of 9 equally spaced peripheral fibrils of tubulin protein, and the fibril is a set of interlinked triplets. The core part of the centriole is known as a hub and is proteinaceous. The hub connects the peripheral fibrils via radial spoke, which is made up of proteins. The centrioles from the basal bodies of the cilia and flagella give rise to spindle fibres during cell division.

Vacuoles are mostly defined as storage bubbles of irregular shapes which are found in cells. They are fluid-filled organelles enclosed by a membrane. The vacuole stores the food or a variety of nutrients that a cell might need to survive. In addition to this, it also stores waste products. The waste products are eventually thrown out by vacuoles. Thus, the rest of the cell is protected from contamination. The animal and plant cells have different size and number of vacuoles. Compared to the animals, plant cells have larger vacuoles.

A Brief Summary on Cell Organelles

Mitochondria is the cell organelle and is called the Powerhouse of the cell as they carry out the cellular respiration and generate the energy molecules called ATP or Adenosine Triphosphate.

Lysosomes are called the suicidal bags because they are capable of breaking down or digesting all the wastes, dead and damaged cells.

Nucleoid is a non-membrane, irregular-shaped cell organelle present in all prokaryotic cells. They are the carriers of the genetic material of a cell.

Organelles are special and organized structures seen in living cells. Some of the membrane-bound organelles are vacuoles, nucleus, chloroplasts, lysosomes etc. The nucleus is the largest organelle in the cell.

Stay tuned with BYJU’S to learn more about the different types of Cell Organelles, their functions and other related topics at  BYJU’S Biology