A species which was native to a region and its population strength reduced from 50 percent to 5 percent; such species are known are endangered species. IUCN categorized them and made a list called red list. Another document which consists of a list of rare and endangered species in an area was established by the Russian federation. This book is known as Red Data Book. These documents consisting of a list of species are used as a guide for researchers to estimate the level of threat. There are separate books for both flora and fauna.

Different factors that risk the survival of animals and plants are hunting, loss of habitat, climate changes, diseases, pollution and other natural calamities. Species which have limited population strength are more likely to become endangered. Presently, the rate of extinction is also much faster than before; these are mainly the consequences of human activities like deforestation, industrialization etc.

Some of the endangered species are Greater Horseshoe Bat, Loggerhead turtle, Siberian tiger, White-tailed eagle and Bluefin tuna etc. As per current status, about one-fourth of all mammals are endangered. These not only affect the ecological values but also economical, legal and ethical values. Entire globe will lose its equilibrium since they are the sources of food, medicines etc. The main objective of conservation is to protect biodiversity by restoring habitat.  Due to the awareness and importance of protection of wildlife, many agencies and NGOs were motivated for initiations. Government and non-government organizations (NGOs) have started certain projects to save wildlife. Other efforts include wildlife films, photos, documentaries, posters etc. to create awareness among the public. 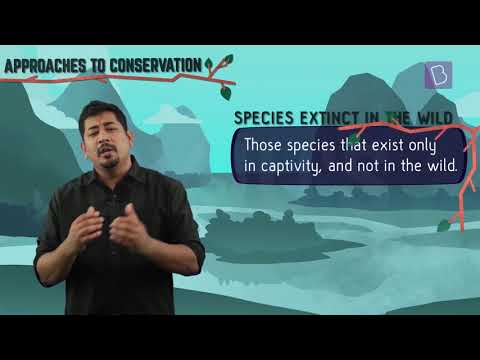