What are Angiosperms and Gymnosperms?

Angiosperms and gymnosperms are both seed-bearing plants with a few similarities. This is due to the fact that gymnosperms were present for at least 200 million years before the angiosperms evolved and they may have shared a common ancestor.

Read on to explore the difference between angiosperms and gymnosperms.

Difference between Angiosperms and Gymnosperms

Following are the important difference between angiosperms and gymnosperms: 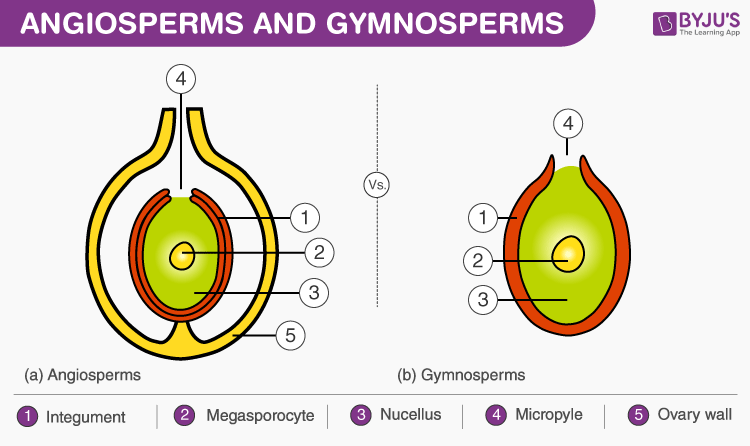 The word angiosperm is derived from Greek, which translates to a “container.” As the name suggests, the angiosperms are vascular plants, which bears seeds in fruits or mature ovaries. Angiosperm forms flower that carries reproductive organs and fruits. These plants are more adaptive to the terrestrial habitat and have a very wide distribution, around 250000 species have been identified to date.

Fruits trees including Mango, Apple, Banana, Peach, Cherry, Orange, and Pear often shows flowers before they bear fruits and the pollination process is generally carried out by agents such as bees.
Grains including rice, corn, and wheat are also examples of Angiosperm. In these plants, the pollination process is carried out by the wind. Other examples of Angiosperms include roses, lilies, Broccoli, kale, Petunias, Eggplant, Tomato, Peppers and sugarcanes.

Gymnosperms are other types of plant that bear seeds directly on sporophylls without covering. As the name suggests the gymnosperms are vascular plants of the Kingdom Plantae which bear naked seeds. There are very fewer species of gymnosperms, few examples of these plants are cypress, Gnetum, pine, spruce, redwood, ginkgo, cycads, juniper, fir, and Welwitschia.

The main reason for being very fewer species is the lack of protection of seeds. The seeds are naked and unprotected when released. They need to get into the ground quickly to take root or they will be damaged by animals, weather conditions or any other factors. 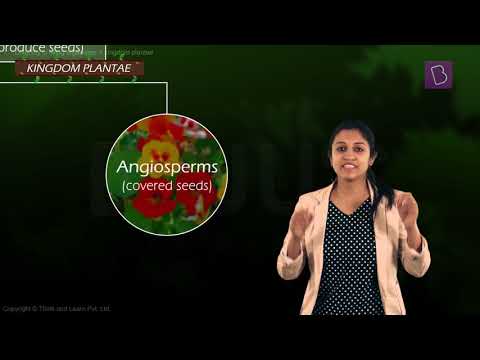 Why are angiosperms considered “better” than gymnosperms?

Technically, gymnosperms are robust and can survive in a variety of habitats. However, angiosperms have two novel features – fruit and flowers. The fruits aid in dispersing seeds while the flowers provide protection for the ovule. Hence, angiosperms are considered better than gymnosperms.

What is the reproductive organ in a gymnosperm?

Test your Knowledge on angiosperms and gymnosperms difference
Q5