Succession is the order of colonization of species in an ecosystem from a barren or destroyed area of land. Mosses and lichens are the first species that inhabit an area. They make the area suitable for the growth of larger species such as grasses, shrubs and finally trees.

Read on to explore what is ecological succession and its types.

“Ecological succession is a series of changes that occur in an ecological community over time.” 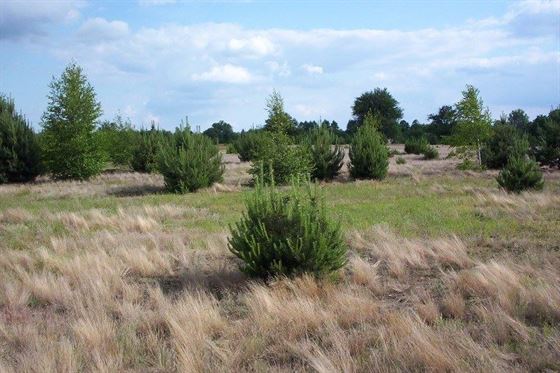 What is Ecological Succession?

Ecological succession is the steady and gradual change in a species of a given area with respect to the changing environment. It is a predictable change and is an inevitable process of nature as all the biotic components have to keep up with the changes in our environment.

The ultimate aim of this process is to reach equilibrium in the ecosystem. The community that achieves this aim is called a climax community. In an attempt to reach this equilibrium, some species increase in number while some other decrease.

All the communities that we observe today around us have undergone succession over a period of time since their existence. Thus, we can say that evolution is a process that has taken place simultaneously along with that of ecological succession. Also, the initiation of life on earth can be considered to be a result of this succession process.

These are the following types of ecological succession:

Primary succession is the succession that starts in lifeless areas such as the regions devoid of soil or the areas where the soil is unable to sustain life.

When the planet was first formed there was no soil on earth. The earth was only made up of rocks. These rocks were broken down by microorganisms and eroded to form soil. The soil then becomes the foundation of plant life. These plants help in the survival of different animals and progress from primary succession to the climax community.

If this primary ecosystem is destroyed, secondary succession takes place.

Secondary succession occurs when the primary ecosystem gets destroyed. For eg., a climax community gets destroyed by fire. It gets recolonized after the destruction. This is known as secondary ecological succession. Small plants emerge first, followed by larger plants. The tall trees block the sunlight and change the structure of the organisms below the canopy. Finally, the climax community arrives.

“A seral community is an intermediate stage of ecological succession advancing towards the climax community.”

A seral community is replaced by the subsequent community. It consists of simple food webs and food chains. It exhibits a very low degree of diversity. The individuals are less in number and the nutrients are also less.

There are seven different types of seres:

Following are the important examples of ecological succession:

This national park suffered a huge wildfire. Restoration of the forest was left to nature. In the initial years, only small plants grew on the burnt soil. After several years, the forest showed diversity in tree species. However, the trees before the fire were mostly evergreen, while the trees that grew after the fire were deciduous in nature.

Small coral polyps colonize the rocks. These polyps grow and divide to form coral colonies. The shape of the coral reefs attracts small fish and crustaceans that are food for the larger fish. Thus, a fully functional coral reef exists.

To know more about what is ecological succession and its types, keep visiting BYJU’S website or download BYJU’S app for further reference.

What are the main causes of ecological succession?

What is the importance of ecological succession?

Ecological succession is important for the growth and development of an ecosystem. It initiates colonization of new areas and recolonization of the areas that had been destroyed due to certain biotic and climatic factors. Thus, the organisms can adapt to the changes and learn to survive in a changing environment.